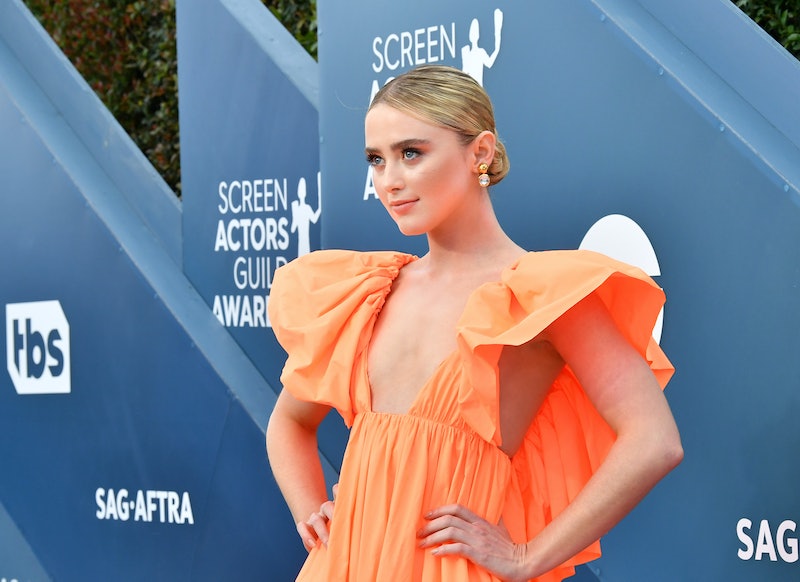 Awards season is in full swing, kicking off with the Golden Globes on Jan. 5, and rolling full steam ahead with the Screen Actors Guild Awards tonight. The show, which sees actors awarding fellow actors, draws the biggest names in television and film. Celebrities including the Big Little Lies cast and Phoebe Waller-Bridge of Fleabag will walk the carpet alongside movie stars like Hustlers' Jennifer Lopez and Us's Lupita Nyong’o. And just like at the Golden Globes, the nominees and presenters don't disappoint when it comes to their fashion.

Since the SAG Awards aren't as high stakes as, say, the Oscars, stars tend to be more experimental with their looks. That means the trends we saw at the Golden Globes — like sheer dresses and oversized sleeves — could begin to shift. So far, we've spotted printed jumpsuits, bold ruffles, and lots of tulle.

If you're curious about the next major fashion trend to take Awards season by storm, scroll ahead for all the looks from the Screen Actors Guild Award red carpet.

We saw the return of oversize sleeves on the red carpet with Kathryn Newton's Valentino gown.

Montgomery paired his white suit with a pin announcing his new role as an ambassador with the Australian Red Cross where he and his partner are helping combat the bush fires.

Game of Thrones Nathalie Emmanuel chose a gown featuring an oversize bow a lá Jennifer Lopez at the Golden Globes.

Brugel's emerald gown featured stunning draping that flowed from her shoulders to her waist.

Schnapp's satin light blue tux stood out from the sea of classic suits in the best way possible.

Tang's delicate polka dot frock was a welcome burst of color on the carpet.

Adams' black frock featured a deeply scooped back and train.

Applegate was one of the first of the evening to choose a bold print.

Fanning's sage gown featured beaded embellishments along the bodice and a keyhole cutout.