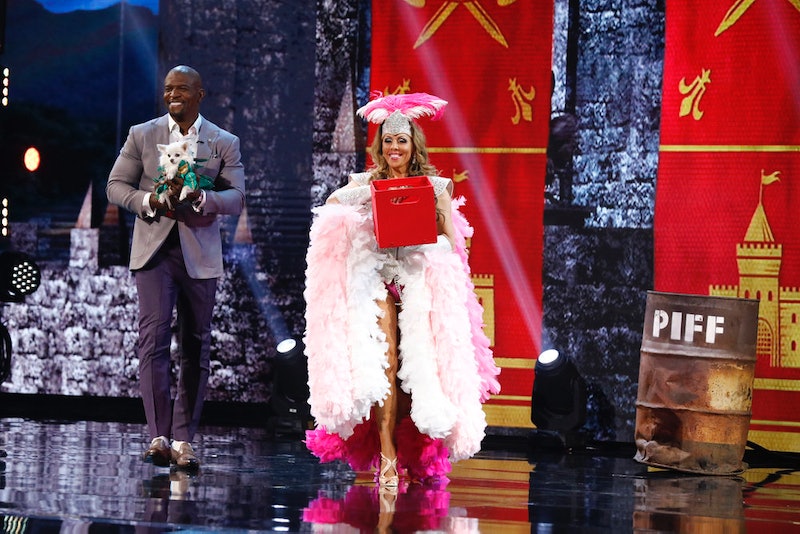 With NBC's hit variety show America's Got Talent now down to its final eight contestants for the 14th season finale, fans may be wondering if this is the last time we'll see the compelling and quirky acts, golden buzzers, and snarky comments from Simon Cowell that the show has become known for. All evidence points to the fact that Season 15 of America's Got Talent is definitely happening, mainly for one major reason.

Shows obviously have to be planned months in advance, and the official America's Got Talent website already has a page for contestants to audition for a 15th season. "We are geared up for a jam-packed summer filled with talent from around the globe, but we are always looking for the next great act," reads the website. "Sign up below to come see us in an audition city next year. We have announced EIGHT cities so far, but more will be announced soon, so check back often!"

It looks like the auditions will kick off this November, with San Diego being the first city on Nov. 10. They'll then travel to Louisville, New York, and Dallas and Miami in December. Starting in January, they'll head to Las Vegas and Los Angeles. This is great news for any talented folks looking for their next big break, the grand prize of $1 million, and a headlining show in Las Vegas; it might also be useful for locals looking to attend, but as a note the public is not allowed to sit in the actual audition room.

As for whether or not the same cast of judges and host are returning, it seems unlikely that they'd shake up the panel again so soon. This season saw Cowell and Howie Mandel return as judges, but Mel B. and Heidi Klum were replaced with actor Gabrielle Union and dancer/actor Julianne Hough. Brooklyn Nine-Nine's Terry Crews, meanwhile, hosted last winter's all-star contest, America's Got Talent: The Champions and returned to take over regular hosting duties from Tyra Banks, who was contracted for only one to two years.

Though one might assume that the casting changes have to do with personal dramas, Cowell told USA Today that it's more about NBC wanting to always keep things fresh on America's Got Talent. "It wasn't like it wasn't working. Everyone who's been on the show over the years, judge or host, has done a brilliant job. It's just one of those shows where I think occasionally they just like to rotate the panel," said Cowell. He also pointed out that both Mel B. and Klum are busy with other projects — Mel B. has a Spice Girls reunion tour, and Klum is working on a new Amazon show with Tim Gunn.

As for Crews, according to Cowell he's like to stick around. "I said, 'Like it or not, you are now stuck with us,'" Cowell said to USA Today. "He is great with the contestants and he's interested in their stories. He has an amazing energy. I've never seen anything like it."

Fans will have to tune into the Season 14 finale tonight and tomorrow to see who takes home the big check — Emanne Beasha or Kodi Lee seem to be the presumed frontrunners, as audiences tend to love the young solo artists — but regardless of who wins, you can be rest assured this isn't the last time you'll be able to see new talent hit America's Got Talent's stage.

More like this
Winter 'Love Island' Is Officially Coming Back & Twitter Has Thoughts
By Sam Ramsden
'The Kardashians' Season 2: Will Pete, Tristan, Scott & Kanye Appear On The Show?
By Jake Viswanath
RHOA’s Kenya Moore Said Her Friendship With Marlo Hampton Is “Too Far Gone”
By Brad Witter
Jill Zarin Said Her 2011 RHONY Firing “Felt Like A Death”
By Brad Witter
Get Even More From Bustle — Sign Up For The Newsletter