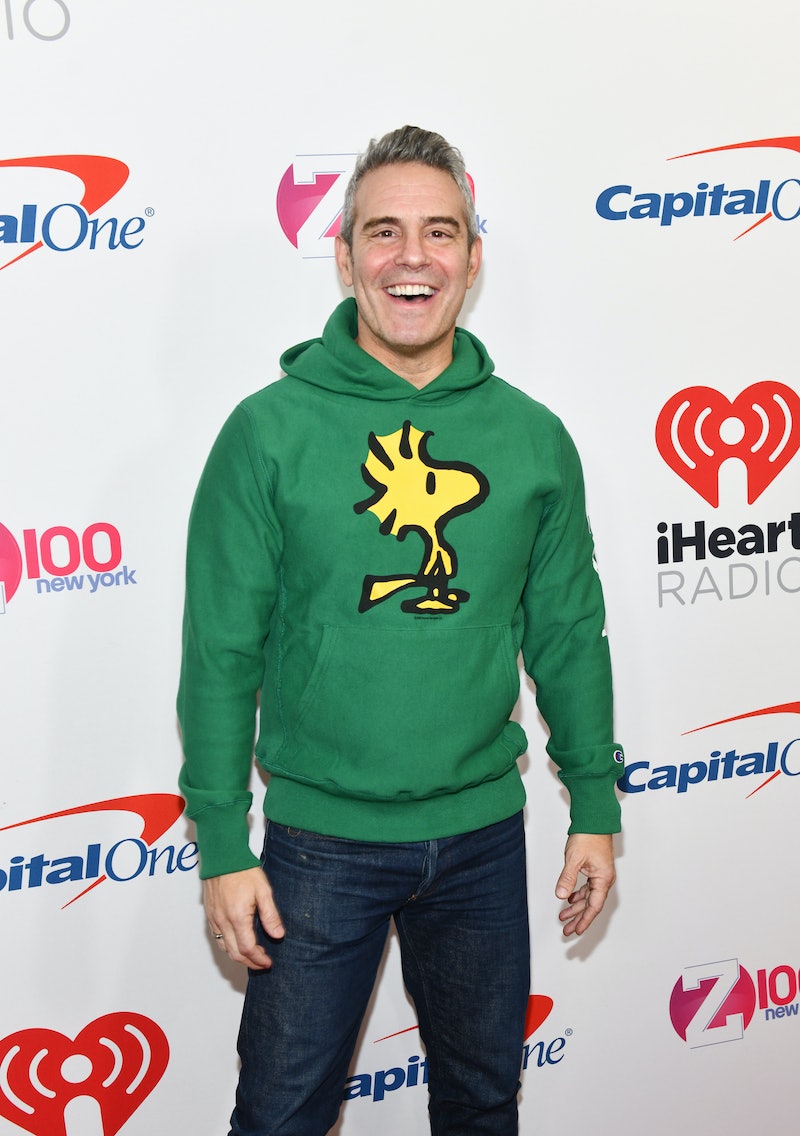 It's official: The tiniest member of the Bravo family is here. On Monday, Andy Cohen welcomed his first child into the world via surrogate. Not only has the Watch What Happens Live host shared the first photo of his son, but he has also shared his name and the sweet ties it has to his family.

Cohen announced the news in an Instagram post late Monday night, sharing a sweet picture of himself holding his new baby. You can't see the baby's face in the photo, but the grin on Cohen's face truly says it all. He seems like he couldn't be more excited that baby Benjamin Allen Cohen is here, and as the new dad explained in his caption, he's named after Ben Allen, his grandfather.

Baby Benjamin might be less than 24 hours old, but it's obvious that he's already so loved — and his Instagram debut is so adorable you just have to see it for yourself.

It's so sweet to see Cohen in action as a dad, especially after witnessing his excitement about starting this chapter in his life over the past couple of months. In December, Cohen announced his baby news on Watch What Happens Live, letting his viewers know that a major change was about to take place. He said:

And after celebrating with multiple baby showers (filled with tons of celebrity guests, including many Real Housewives stars), it seems like Cohen couldn't be more ready to get his life as a dad started.

Hopefully, in the coming days Cohen will share more photos of his little one with his followers. Becoming a father is something that Cohen seems so excited about, so it's definitely going to be fun for fans to follow along with this new journey in his life, and there's no doubt he'll keep a good sense of humor about all the ups and downs along the way.

So many congratulations to this new dad and his new baby. Benjamin is one lucky kid — especially considering all the Real Housewives stars he can now count as his aunts.