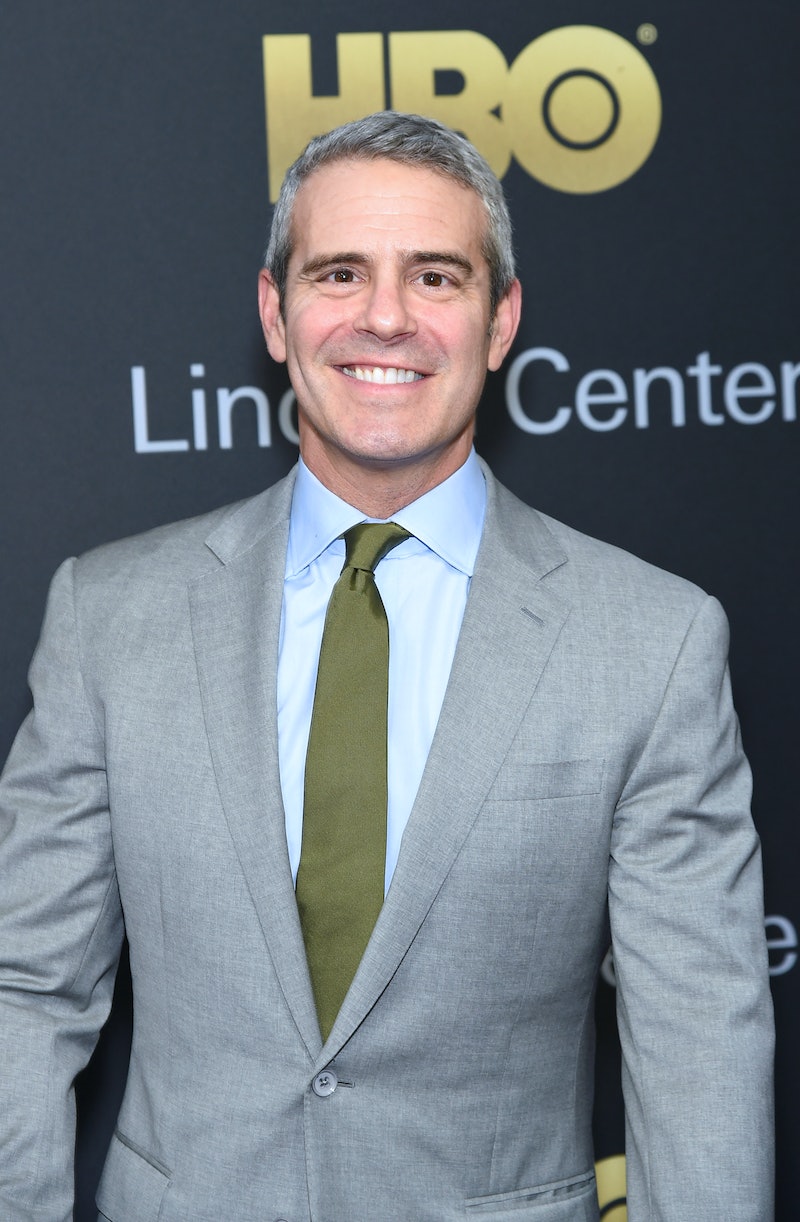 Based on his latest, adorable Instagram post, Andy Cohen is clearly surrounded by a ton of love this Valentine's Day. Andy Cohen posted a Valentine's Day tribute to his son and dog, and it's sweeter than any candy heart you'll eat today.

The Watch What Happens Live host posted a photo of his family on Instagram to celebrate the lovely holiday, with his newborn son Benjamin Allen Cohen in one arm and his dog, Wacha in the other. He captioned the photo with, "TWO Valentines! Lucky me ♥️♥️♥️" Cohen clearly has his hands full this Valentine's Day, but I have a feeling that he wouldn't want to spend the day any other way.

His holiday post comes shortly after he introduced his adorable son, whom he welcomed via surrogate, to the world with the help of People. In addition to posing on the cover of the magazine with his little one, he opened up to the publication about his journey to fatherhood. “I was in the delivery room. I had been hoping that he would have a full head of hair, and he really overdelivered,” he said, in an online People article published on Feb. 13, "That was the first thing you see, the head of hair coming out. And I was amazed.”

According to the Bravo personality, his son was incredibly calm following his birth, saying, "He was so alert for the first two hours. His eyes were wide open. He didn’t cry; he was just calm,” Cohen said, “I kind of have no words for it.”

Cohen also opened up about his experience welcoming his son via surrogate, as he told People that the woman he worked with was "incredible." He added:

“She was in California. Surrogacy is illegal in so many states, including New York. I don’t understand why. It’s a voluntary process, obviously. My surrogate just viewed it as, she was giving me the ultimate gift. She gave me life. So I’ll be forever indebted to her.”

On Feb. 4, Cohen revealed via Instagram that he welcomed his son into the world. In addition to expressing his immense joy over becoming a parent, he also provided some details on his baby's meaningful name. He wrote, alongside a photo of himself holding the newborn:

Cohen previously announced, during a special Christmas episode of Watch What Happens Live, that he was set to welcome his first child into the world in 2019, telling fans, in part, "Family means everything to me and having one of my own is something that I have wanted in my heart for my entire life. And though it’s taken me longer than most to get there, I cannot wait for what I envision will be the most rewarding chapter yet."

Given that Cohen has wanted a family of his own for a while now, it's truly wonderful to see that the WWHL host finally gets to celebrate such a love-filled holiday with his adorable pup and his pride and joy, baby Benjamin.