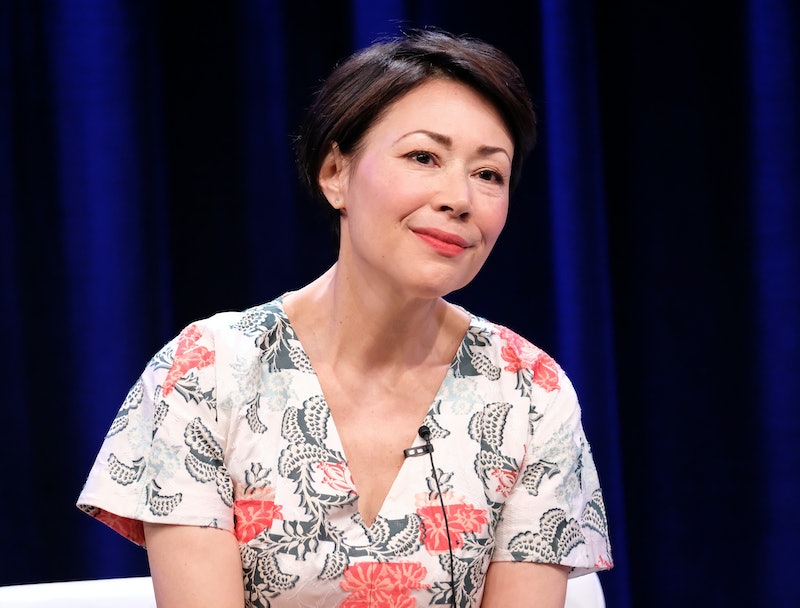 In the wake of new sexual assault allegations, Ann Curry is standing by Matt Lauer's accuser, Brooke Nevils, whom the journalist called "a credible young woman of good character," in a Wednesday, Oct. 9 tweet. "She came to NBC News an eager and guileless 20-something, brimming with talent," Curry, who co-anchored NBC's Today show with Lauer for one year — from June of 2011 to June of 2012 — added of Nevils. "I believe she is telling the truth. And that breaks my heart."

In Pulitzer Prize-winning investigative reporter Ronan Farrow's upcoming book, Catch and Kill: Lies, Spies, and a Conspiracy to Protect Predators, Nevils accused Lauer of raping her in his hotel room during the 2014 Sochi Olympics when she was "too drunk to consent," per an Oct. 8 Variety article. The allegations eventually led to Lauer's termination from Today in November 2017 after more than 20 years with NBC. For his part, Lauer denied Nevils' rape allegations in a letter provided to Variety by his lawyer.

"In a new book, it is alleged that an extramarital, but consensual, sexual encounter I have previously admitted having, was in fact an assault. It is categorically false, ignores the facts, and defies common sense," Lauer claimed. Lauer and ex-wife Annette Roque finalized their divorce in September 2019 after more than 20 years of marriage.

During the Oct. 9 episode of Today, NBC News released a statement in response to the allegations in Farrow's book, which read, "Matt Lauer's conduct was appalling, horrific and reprehensible ... and that's why he was fired within 24 hours of us first learning of the complaint. Our hearts break again for our colleague."

In Lauer's lengthy denial statement, he also claimed that his and Nevils' "affair" continued when they returned to New York following the Olympics. Nevils did not deny that they had additional sexual encounters in the past, but described those as "completely transactional" due to their power dynamics, according to Variety.

Curry previously stated she believed Lauer acted inappropriately toward female staff during their time on the Today show. In April 2018, Curry revealed to The Washington Post that she reported Lauer to two members of NBC's management team in 2012 after a fellow female staffer told her she was "sexually harassed physically" by Lauer.

Noting that the woman "was afraid of losing her job," Curry added that she "believed her" and promised to keep her name a secret. "I told management they had a problem and they needed to keep an eye on him and how he deals with women,” Curry elaborated. The unnamed NBC staffer confirmed to The Post that she went to Curry with her complaint. An NBC spokesman told the paper at the time, however, that the network had no record of Curry's warning, and further claimed there was no mention of it in Lauer's personnel file.

Curry worked with Lauer on Today for 15 years and joined him at the anchor desk for the final year of her tenure. She tearfully exited the morning show in 2012, with NBC claiming the decision was based on ratings. Fans, however, believed Lauer was involved in her departure, though he never addressed the rumors.

In addition to Curry, current Today hosts Hoda Kotb and Savannah Guthrie publicly supported Nevils during the morning show's Oct. 9 broadcast. Telling viewers she and Kotb were "disturbed" by the "shocking and appalling" new report, Guthrie said, "We support her and any women who come forward with claims. It's just very painful for all of us at NBC and at the Today show, and it's very, very difficult."