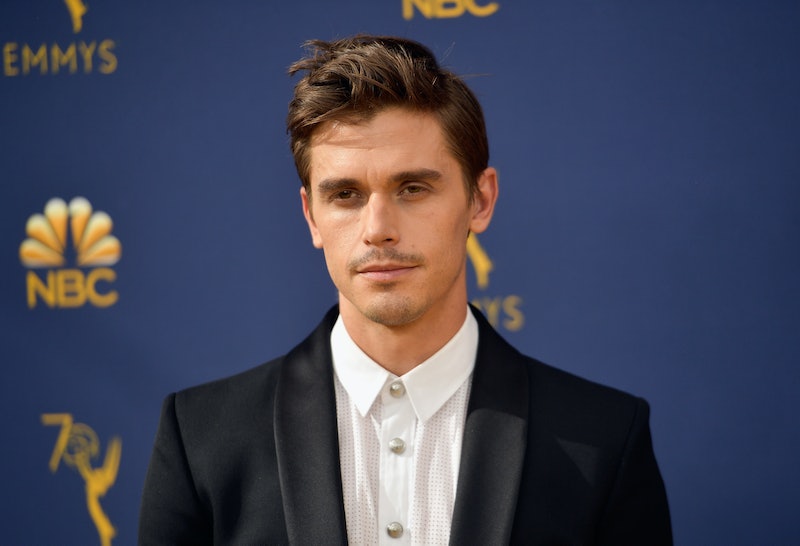 Antoni Porowski is living his best life. And he might not be doing it solo, either, since Queer Eye's Antoni Porowski reportedly has a new boyfriend, according to People. And, from the looks of both parties' respective social media accounts on Tuesday evening, Dec. 11, it looks like they might've just taken their reported relationship to the next level. That's right, folks. As People noted in its Wednesday report, it appears the duo is now Instagram official. (Bustle reached out to Antoni's reps for comment on the relationship reports, but did not receive a response before publication.)

Antoni and his alleged new man, Trace Lehnhoff haven't revealed too many details about their reported coupledom to the public so far. But Bravo fans already know the two have at least one thing in common: Both men have, at some point, starred in beloved reality series with an eye for home design. Antoni, of course, is Queer Eye's resident food and wine expert. And Lehnhoff? Reality TV enthusiasts might recognize him from Flipping Out, where his interior design skills took center stage between 2009 and 2011.

Need any more evidence to convince you these two are a match made in reality show heaven? Look no further than Antoni's latest IG post. Captioning an exceedingly dapper shot of himself and his reported beau wearing matching suits, holding hands, and posing side by side, Antoni wrote, "11 is my favorite prime number," in an IG post shared to the platform late Tuesday night, Dec. 11.

Thought Antoni's (maybe) couples shot was a knockout? Fans rightfully swooning over that killer hand-holding pic will definitely want to head over to Lehnhoff's IG account, where he shared an arguably even more adorable, and totally picturesque, photo of him and Antoni around the same time. "California is pretty incredible," he wrote, captioning a golden-hour snapshot of the pair looking out over the west coast shoreline. Best part? They're holding hands again.

As People noted in its report, Tuesday's social media activity did not mark the maybe-couple's first time sporting matching outfits in public. (Did everyone catch Antoni and Trace's inaugural red carpet appearance together last week? During GQ's Men of the Year party earlier this month, the two were also photographed wearing similar grey-toned suits.) However, it is the first time they're doing it on Instagram. In fact, as People's report also mentioned, Tuesday's string of couple-y IG posts actually marks Antoni and Trace's first-ever joint appearance on the social platform. Exciting? Obviously. But who else wishes they had a little bit more information about this heartwarming pair and their alleged newfangled relationship?

According to a report from Us Weekly back in October, Antoni and Lehnhoff reportedly got together about a month before that, in September, following Antoni's breakup from Joey Krietmeyer, his formerly long-term boyfriend, earlier this year. "Antoni brought Trace Lehnhoff from Flipping Out to Emmy parties [in September], and Trace was clearly there as his date," an unnamed source reportedly told the publication, adding, "They met on Instagram."

Seems kind of perfect, no? Even though Antoni and Trace have yet to explicitly reveal their reported relationship to the public, at least fans can still ogle at their cuteness on Instagram until more concrete confirmation rolls in.