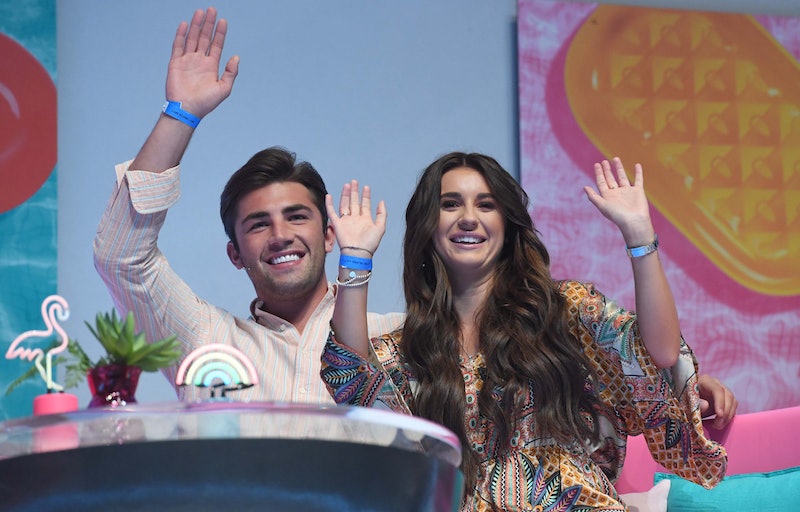 Oh hey guys Santa isn't real, neither is the Easter bunny, the world is a mess, and Dani Dyer and Jack Fincham broke up. Sorry to hit you with all the bad news of the day, but that's just how I roll. Life is hard, get used to it. HOWEVER, potentially, one of these things might be solvable. Yes, I can hear cupid drawing back his bow as we speak. Or can I? Are Love Island's Jack and Dani back together?

The rumour mill has gone into total overdrive recently, and like who would blame it, y'all this is actually the UK's golden couple. You can keep the royals guys, these two are the peoples' prince and princess.

But thankfully for everyone who feared true love was dead, Dyer has put all the speculation to bed via social media. Posting a snap of the pair staring lovingly into each others eyes on Insta, she confirmed that they are indeed back on, writing, "Just want to put all comments to bed. All I can say is I’m still 22 trying to get my shit together and grow into a woman but doing it in the public eye is sometimes hard and scary 😂 but arguments are arguments and I love him."

"I can only please people who want to be pleased and I am having to learn that opinions are just opinions. Hope everyone can understand that i am just a normal girl."

So what caused the speculation of a reunion in the first place? Well, social media has absolutely struck again. Yep, according to Capital, on Tuesday Dyer put up a video on her Instagram stories of Fincham full on wilding out to Coldplay, doing air guitar and being super extra while she is low key cracking up laughing. It was total couple vibes and cute AF.

Now this wasn't the only thing that had everyone thinking that love had low key won the day following the couple's split last week. Nope, Dyer's own father Danny Dyer spoke out about their relationship status too. And who can blame him? He dotes on his daughter and has been super open about his approval of her and Fincham's relationship. During an appearance on The Jonathan Ross Show, he told the host,

"I just want to put something to bed. She hasn’t split up with Jack, that’s all b******* that is. Jon, they've had a row. They've had a row, she's got a bit emotional and I think she has whacked that up and immediately regretted it."

But what is Danny referring to? What exactly is it that Dani "whacked up", leaving the whole country/world/universe reeling and low key confirming love is dead? Well y'all, social media once again. Our passion and our ruin. Yep, she posted a statement on her Instagram account confirming the break up last week.

According to The Sun, it read: "Jack and I have sadly decided to part ways. It's been an incredible six months, and we will always have a place in our hearts for each other, but we've sadly come to the realisation that it's not meant to be long term."

In fairness though, the pair have been busy little bees working on personal projects, with Fincham releasing his very own pen, and Dani writing her book agony aunt advice meets lifestyle bible meets autobiography —What Would Dani Do? so it's no wonder really that they've had a few bumps in the road. The course of true love never did run smooth, as they say.

So there you have it, just in time for Christmas the nation's golden couple has proved love is real. All they have to do now is solve Brexit.