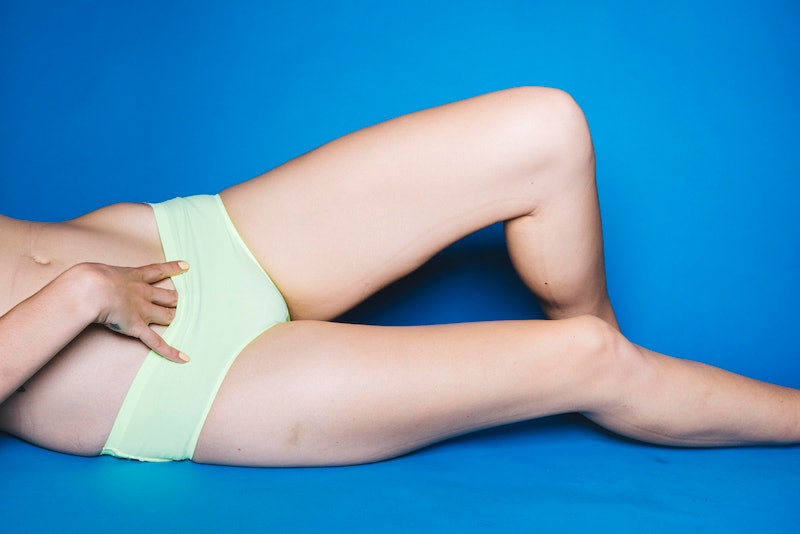 Q: “Is it true that women can't have vaginal orgasms? I saw a documentary saying that. Yet, there is information floating around saying they can.”

Oh, the vaginal orgasm. The questions we ask about it seem to never go away. Is it real? Is it a myth? The answer, like so many sex ed questions, is complicated — and steeped in sexism.

First, let’s take a look at where the term “vaginal orgasm” comes from, because it’s really loaded — and sheds some light on why we’re still having this conversation in 2018. The idea of two types of orgasm — vaginal and clitoral — comes from none other than Freud himself. He came up with the concept in the early 1900s and rather than being like, “Any kind of orgasm is great!” he deemed clitoral orgasms “infantile” and vaginal orgasms “mature.” He theorized that as a girl matured into a woman, she would transition from clitoral to vaginal orgasms. Is it coincidence that one generally requires a penis, while the other doesn’t? You can bet your Hitachi Magic Wand it’s not.

By declaring clitoral orgasms “infantile” — and saying that they’re a sign of sexual and psychological immaturity, or maybe even disease — Freud dismissed the way that most women get off, which is through direct clitoral stimulation. He also set us up for a series of studies that “proved” that women who need clitoral stimulation to get off are somehow mentally unstable.

Sounds possible, right? Plenty of people have orgasms from penis-in-vagina sex without an assist from their hand or a toy. But while we say “vaginal orgasm” to mean there’s no clitoral stimulation happening, that’s not totally accurate either.

For a long time, we thought that’s all there was: That one little nub, covered by thousands of nerve endings and a hood. A lot of sex ed and medical books even describe it as “pea-sized.” And not to discount the importance of the clitoral head — that little nub is incredibly powerful and a great friend to many, many people — but it turns out it’s just the tip of the pleasure iceberg.

While there have been rumors for hundreds of years that the clit may actually be bigger than we thought and the internal clitoris is included in some older medical anatomy books, albeit without being called the clit, it wasn’t until 2009 that two French sex researchers, Dr. Odile Buisson and Dr. Pierre Foldès, created the first 3-D sonograph of the clit in its excited state. Most of us didn't hear about it until 2011, however, when Mal Harrison — writing under the moniker “Ms. M” for the Museum of Sex — became the first person to write about the internal clitoris outside of medical journals.

What Buisson, Foldès, and Harrison brought to the broader world was the knowledge that the internal clitoris not only extends into the body, but actually wraps around the vaginal canal, not far from the entrance. Rather than just a little nub, the clit can be up to 10 cm (about four inches) and consists of the glans (head), a shaft, and two corpora cavernosa that extend to crura (or legs). Everything fills up with blood when a person as aroused and the crura go from pointing down to the thighs to pointing back to the spine. The corpora cavernosa encircle the vaginal opening, making it more sensitive and also tighter-feeling.

They also finally put the myth of a purely vaginal orgasm to bed. We now know that because the clitoral tissue wraps around the vagina, all orgasms include some stimulation of the clitoris, including those “Look Ma, no hands!” ones. When a penis (or toy) goes into an aroused vagina, it’s stimulating that internal clitoral tissue. Additionally, many sex positions involve at least some degree of stimulation of the external clitoris, even if you’re not directly touching it with your hand or a toy.

So Are Vaginal Orgasms Real?

Which brings us back to the central question: Is it possible to have a vaginal orgasm? If you define vaginal orgasm as an orgasm without additional stimulation of your clit — like with your hand or with a toy — then, sure! Plenty of women and other people with vaginas have orgasms without directly stimulating their external clitoris.

But, technically, no — there’s no such thing as purely vaginal orgasm. The clitoris, in all of its magnificence, is always involved. And there’s absolutely nothing wrong with that, Freud.

More like this
My Partner Wants Me To Wear A Diaper During Sex. Help!
By Sophia Benoit
12 Aphrodisiac Desserts To Spice Up Your Valentine’s Day
By Kaitlyn Wylde
TikTok's "Triangle Method" Technique Is The Key To Better Flirting
By Carolyn Steber
18 Hinge Prompt Answers To Try If You’re Looking For Something Casual
By Lexi Inks
Get Even More From Bustle — Sign Up For The Newsletter
From hair trends to relationship advice, our daily newsletter has everything you need to sound like a person who’s on TikTok, even if you aren’t.