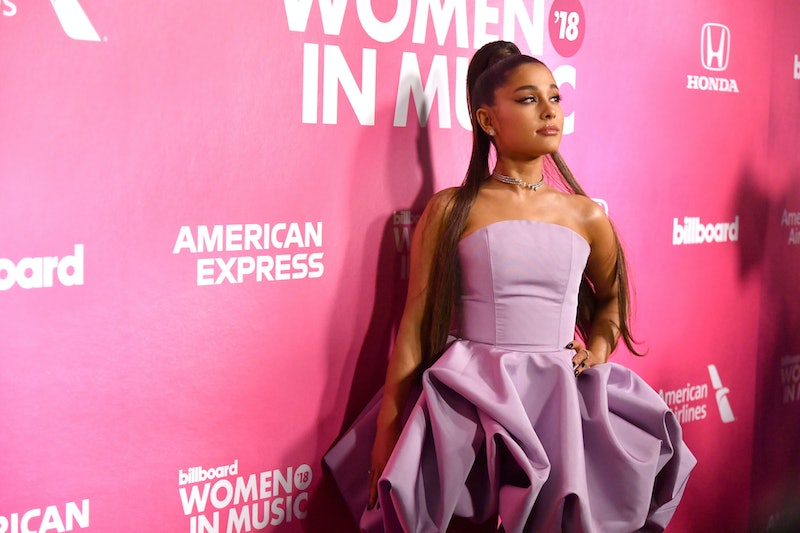 Don’t put your umbrella away just yet, because it looks like the Ari content downpour will not be letting up soon. And thank Toulouse for that. On Tuesday, Ariana Grande announced her song “Imagine” will drop Thursday night. This will be the second track we hear off of her fifth full length album, Thank U, Next. "Imagine" will be the followup to a little ditty called "Thank U, Next." Maybe you've heard it? Maybe you've seen the music video? Maybe you know the song has been at the top of the Billboard Hot 100 for four weeks? Well, she just so happens to be gearing up to share her (thank u) next smash.

Arianators first caught wind of "Imagine" when Grande teased the song title in the music video for "Breathin." The word showed up again in the music video for "Thank U, Next." And, of course, there was the time Ari responded to a fan's question about the song on Twitter. Back in November, Grande tweeted that "Imagine" is about “a simple, beautiful love that is now (and forever) unattainable.”

And in two days, we will get to hear it. We only just pulled ourselves together after the masterpiece that is "Thank U, Next" knocked our over-the-knee boots right off, and Ari's about to knock 'em off our feet again. It has been said a billion times, but wow, she is too good to us.

Oof, that description is devastating, isn't it? And oof, it looks like "Imagine" will be one of many heartbreaking tracks on the new record. In her cover story forBillboard's Women In Music issue, she revealed that though parts of the album seem cheery, Thank U, Next is "not particularly uplifting." She added, "A lot of it sounds really upbeat, but it’s actually a super sad chapter."

Given all that has happened in Grande's life over the past two years, this "super sad chapter" does not come out of left field. Her engagement to Pete Davidson ended months after they began dating, her ex-boyfriend Mac Miller tragically passed away, and a bombing at her Manchester concert claimed 22 lives. The pop singer has been open about her struggles with anxiety, her PTSD, and her grief, and she's channeled her pain into Thank U, Next.

Around 2 p.m. PT, Grande uploaded a countdown clock on Instagram Stories that reveals "Imagine" is two days, seven hours, and three minutes away. If you do some quick clock math, you will find that the track is scheduled to drop at midnight on the East Coast. Mark your calendar, set an alarm, write a note on your palm in permanent marker— whatever you need to do to make sure you don't miss this.

She has not announced when Thank U, Next will be out, but she has assured fans that it will be here sooner rather than later.

Yes, Ari finished a new album a mere four months after she gave us the pop magnificence that is Sweetener. And no, this Arianator will never get over it.