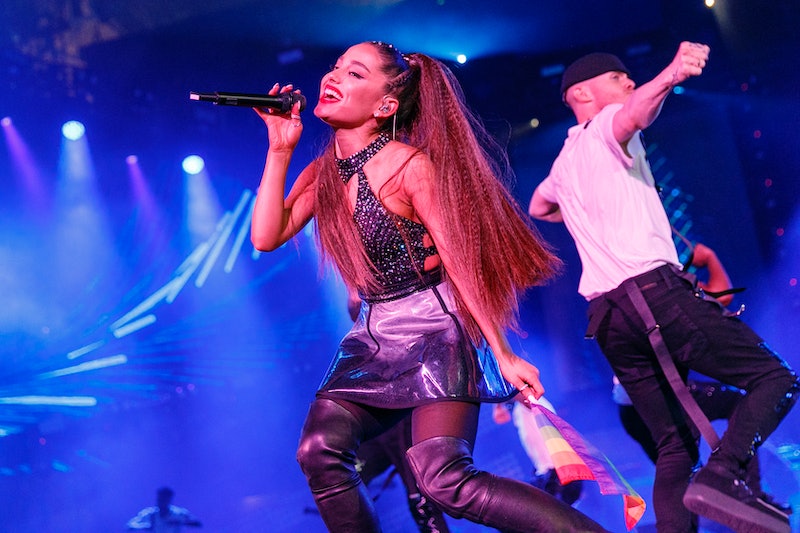 Bronchitis be darned, the show must go on. And on. And on. On Thursday, June 20, Ariana Grande announced some more tour dates are coming to give back everything the darkness stole. The Grammy Award-winning artist who invented the ponytail has added a whopping 19 U.S. shows to the Sweetener Tour. The new leg, which will begin after the European leg of the tour wraps, kicks off on Nov. 9 at Nassau Veterans Memorial Coliseum in Nassau, NY. It will end at the Forum in Los Angeles on Dec. 21.

This news about the piping hot new tour dates arrived hours after Grande shared that she has been sick with bronchitis. “man i always get sick on tour and like never get better lol,” she tweeted Wednesday. “i’ve had bronchitis the past few shows (who’s surprised? no one)... but getting better. love y’all so much and this tour is a dream. new york, you make me sooooo happy. my babies have the best energy in the world.” Be it bronchitis, an allergic reaction to tomatoes, or a rogue lemon at Coachella, Ari will not be bested. But you know what she will do? Throw some more tour dates into the mix, that is what.

After Grande posted the list of the new shows, some fans tweeted their disappointment that she did not add more international dates to the tour. But in classic Ari style, Ari addressed her fans' disappointment head-on via twitter. When one fan tweeted that they “can’t understand why she’s literally doing 4-5 shows in a STATE instead of going to other countries," Ari replied on Twitter,

“the truth is: european leg is going to be a big step. i’m really excited about it and grateful to do it! but since you’re asking, this is simply the best i’m capable of at this time and keeping me closer to home for a majority of the dates is what’s best for my health rn. love u!”

The fan said they understand, Ari said she understands where the fan was coming from, and everything is peachy.

When another fan reached out about the limited international dates, Ari responded, "as of right now, this is it... but i’m kind of excitedly playing it by ear and seeing how it goes you know?" being 100% transparent. i’m like so enjoying it right now, but baby steps. who knew we’d end up doing 9 months of shows. it’s been a blessing for sure."

She is looking out for her own health and well-being, and who on earth is going to question that? Given everything that Grande has lived through and accomplished, you might start to think she is a superhuman without limits. Not the case: She is a (supremely talented) human and she has very human limits. Ari's got to look out for Ari, and in this particular case, it means keeping the tour as close to home as possible for the sake of her well-being. Grande is playing it by ear, taking baby steps, and taking care of herself, and I'm so good with that.