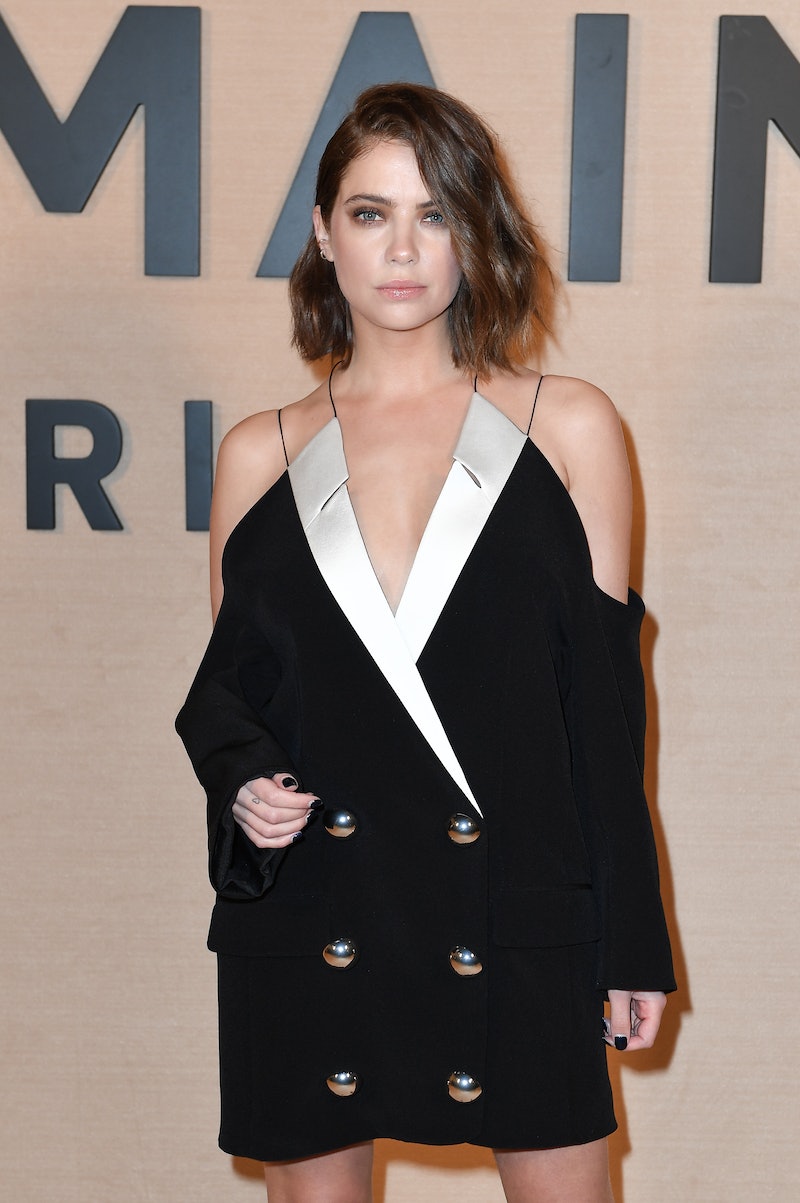 For the past few months, Ashley Benson has had a bobbed hairstyle, but the actor just followed many other celebs who are undergoing hair transformations during quarantine. Benson recently revealed long, blonde hair that serves Pretty Little Liars vibes, and Hanna Marin would definitely be into it.

Benson showed off the look on Instagram Stories, appearing markedly more blonde and with way longer hair. The style appears to fall nearly to her waist, and although she's still rocking somewhat of a rooted 'do, there's no doubt that the actor is fully back to blonde now.

In her Story, Benson tagged celeb extension expert Violet Teriti — who was previously responsible for Kylie Jenner's $8,000 pony — and hair stylist Chandlar Vandersteen, so it's likely they helped her achieve the new look.

The change comes amid reports of Benson and model Cara Delevingne's recent breakup. The pair had dated for about two years and even got tattoos of each other's initials. Although switching up your look is common after relationships end, Benson hasn't said whether or not personal reasons were behind the decision to try a new style. Either way, though, her new long locks are gorgeous.