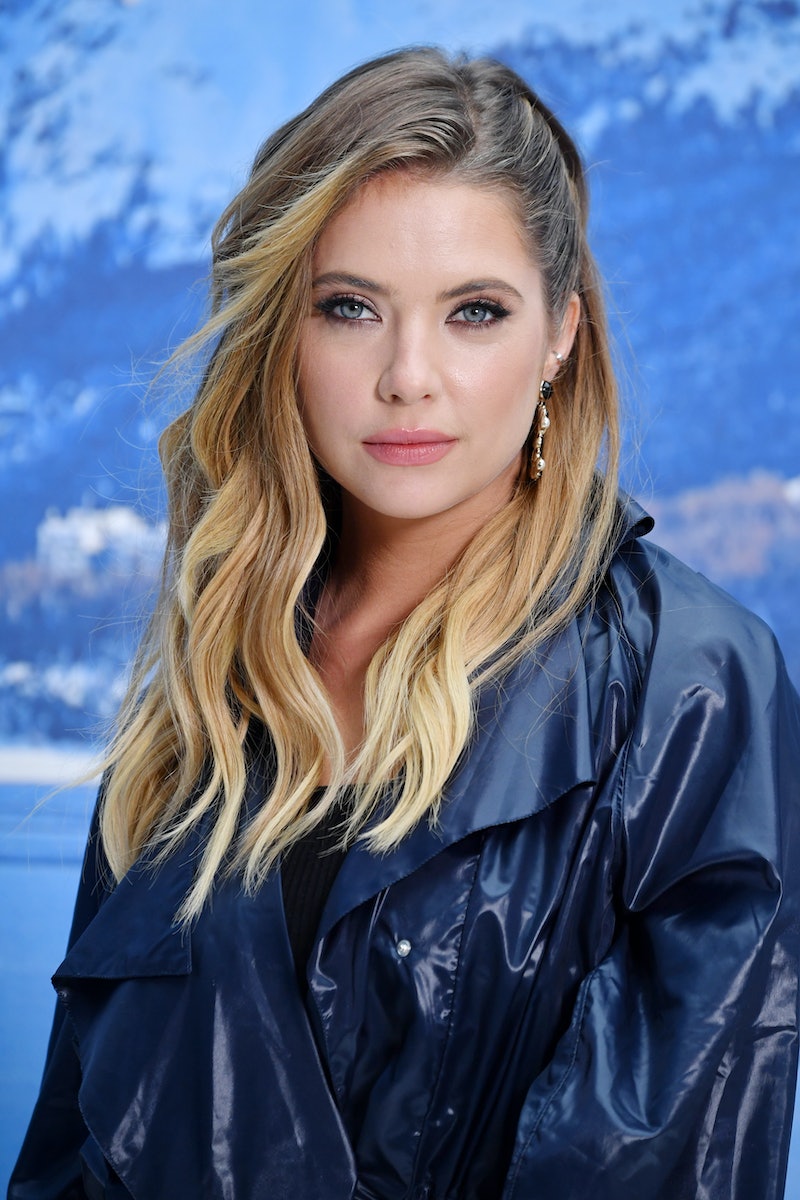 When love is in the air, there are some people who have no hopes of curing themselves of the love bug. And it seems as though Ashley Benson might be one of them, since she dedicated a “Squish” tattoo to Cara Delevingne. Love like this is best written in ink.

Benson is one celebrity who’s prone to drift into the world of tiny tattoos, and what better way to approach her newest one than to seek out a professional minimalist tattoo artist to the stars like JonBoy. JonBoy is responsible for a lot of smaller tattoos on celebrities like Kylie Jenner and Hailey Bieber, but worked on a new tiny tattoo for Benson that fans almost missed.

JonBoy posted a photo of the artwork on the actress to Instagram on Aug. 8, which is written in a slanted cursive font that reads “Squish.” If you're wondering how Cara Delevingne and the word “squish” are related, Popsugar pointed out that Delevingne had posted a childhood photo of herself to Instagram back in April, in which the model referred to herself as a “squish.”

“#tbt this is a very rare picture of me in a dress looking pleased with myself because I most probably had shorts on underneath,” Delevingne wrote. “Once a squish, always a squish. My head was half fringe, half face. Squished.”

The inside joke and nickname is a sweet sentiment for the couple. However, the Pretty Little Liars star's latest tattoo isn't the first piece of dedication art fans have seen from Benson to Delevingne. In July, Benson had revealed a tattoo in one of the campaign photos for her eyeglass wear collection with Privé Revaux with the initials "CD" written across her left ribcage. And like anyone who was obsessed with the two leading ladies were convinced it was in honor of Cara Delevingne.

Most, if not all of Benson's visible tattoos have some meaning behind them. Plus, the actor has gone under the needle a few times by the creative hands of JonBoy a few times before this "Squish" tattoo debuted online. The only other tattoos that Benson has from the celebrity tattoo artist is a line that reads "muggsy" on her right arm (which fans are still trying to decode) as well as a star outline that appears on her left wrist.

Although Delevingne hasn't been as deliberate as Benson with announcing her tattoos as professions of love, she hasn't entirely hid her ink art either.

In July, when Benson had revealed her "CD" tattoo, fans were quick to notice that Delevingne was also stowing a matching tattoo with the initial "A" written in the same spot as Benson's "CD" tattoo with a similar font. Since Delevingne was spotted with the "A" tattoo under her ribs as early as the Met Ball, it's a wonder how long both actors have had these namesake tattoos. Needless to say, they're freaking cute.

Mum's the word for now on a lot of the meanings behind Benson's tattoos, but as for her love for Delevingne goes, she shouts it loudly and proudly in a way that only her partner will understand. The things people do for love.

More like this
All The Products Hailey Bieber Used For Her Birthday Makeup Look
By Olivia Rose Ferreiro
Kim Kardashian On The Beauty Hack That “Changed My Life, My Skin, My Confidence”
By Taylor Jean Stephan
This Week’s New Makeup Releases & More Beauty Headlines
By Audrey Noble
The 9 Chicest Celebrity Bob Haircuts Of 2022
By Olivia Rose Ferreiro
Get Even More From Bustle — Sign Up For The Newsletter