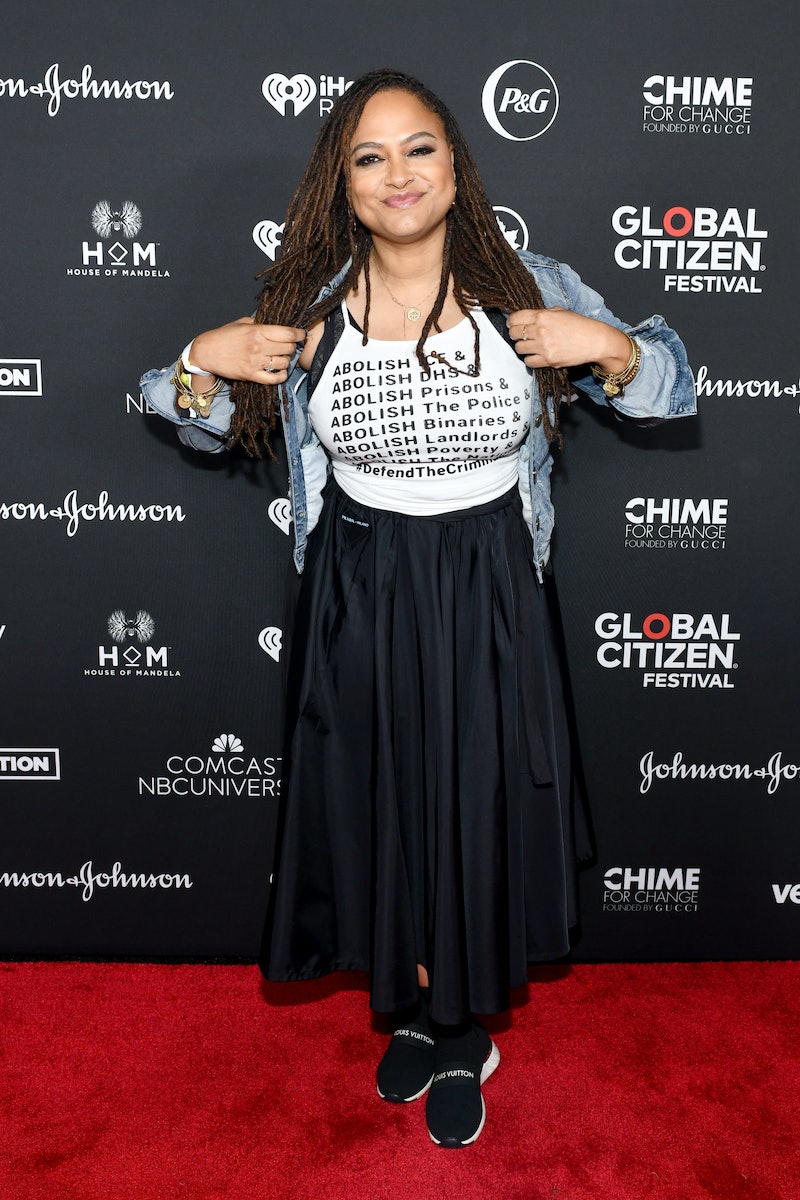 On the morning of the most viewed football game of the year, acclaimed filmmaker Ava DuVernay tweeted she won't watch the Super Bowl. This motion echos those of many others who have made the decision not to watch in solidarity with NFL player Colin Kaepernick and his public efforts to speak out against police brutality in America. Kaepernick has been a free agent since March 2017 after opting out of the final season of his contract with the San Francisco 49ers, per ESPN.

"I will not be a spectator, viewer or supporter of the #SuperBowl today in protest of the @NFL's racist treatment of @Kaepernick7 and its ongoing disregard for the health + well-being of all its players. To watch the game is to compromise my beliefs. It’s not worth it. #ImWithKap."

The former quarterback was quick to respond to DuVernay with appreciation. "Love you Sister," he wrote. It's unclear how many stars won't be tuning in to the big game, but celebrities including Cardi B, Amy Schumer, LeBron James have spoken in favor of Kaepernick in recent weeks. Last October, the football player filed a lawsuit against the NFL. A statement released by his attorney, Mark Geragos, claimed that the organization was conspiring to "deprive Mr. Kaepernick of employment rights in retaliation for Mr. Kaepernick's leadership and advocacy for equality and social justice and his bringing awareness to peculiar institutions still undermining racial equality in the United States."

In addition to DuVernay's boycott, several celebs previously turned down the chance to perform at the halftime show, including Cardi B. In an interview with The Associated Press, the "Bodak Yellow" singer shared her reasoning for turning down what many artists would consider the gig of a lifetime. She admitted to having "mixed feelings" regarding her decision, but she knew that, ultimately, it was the right one to make. It was especially difficult, she said, because her husband, Migos rapper Offset, loves football.

"You have to sacrifice that," she told the AP. "I got to sacrifice a lot of money to perform. But there's a man who sacrificed his job for us, so we got to stand behind him." Past reports have stated that performers are not paid for the halftime show. (Bustle reached out to the NFL for comment regarding the offer of money, but has not yet received a response.)

Last year, Cardi told TMZ that she would perform at the halftime show "when they hire Colin Kaepernick back." She stands by that promise today. According to a previous Bustle report, Rihanna also declined an offer for the gig in support of Kaepernick.

The response to the Twitter conversation between DuVernay and Kaepernick is booming — many are offering their individual support and sharing activities to partake in instead of watching the game. Twitter users are also using the same hashtag, #ImWithKap, to share their support.

All of this conversation is strikingly reminiscent of the equally controversial "Just Do It" Nike campaign that Kaepernick headlined in September. "Believe in something, even if it means sacrificing everything," is the campaign's main catchphrase, and that's exactly what Kaepernick and his supporters are choosing to do this Super Bowl Sunday.