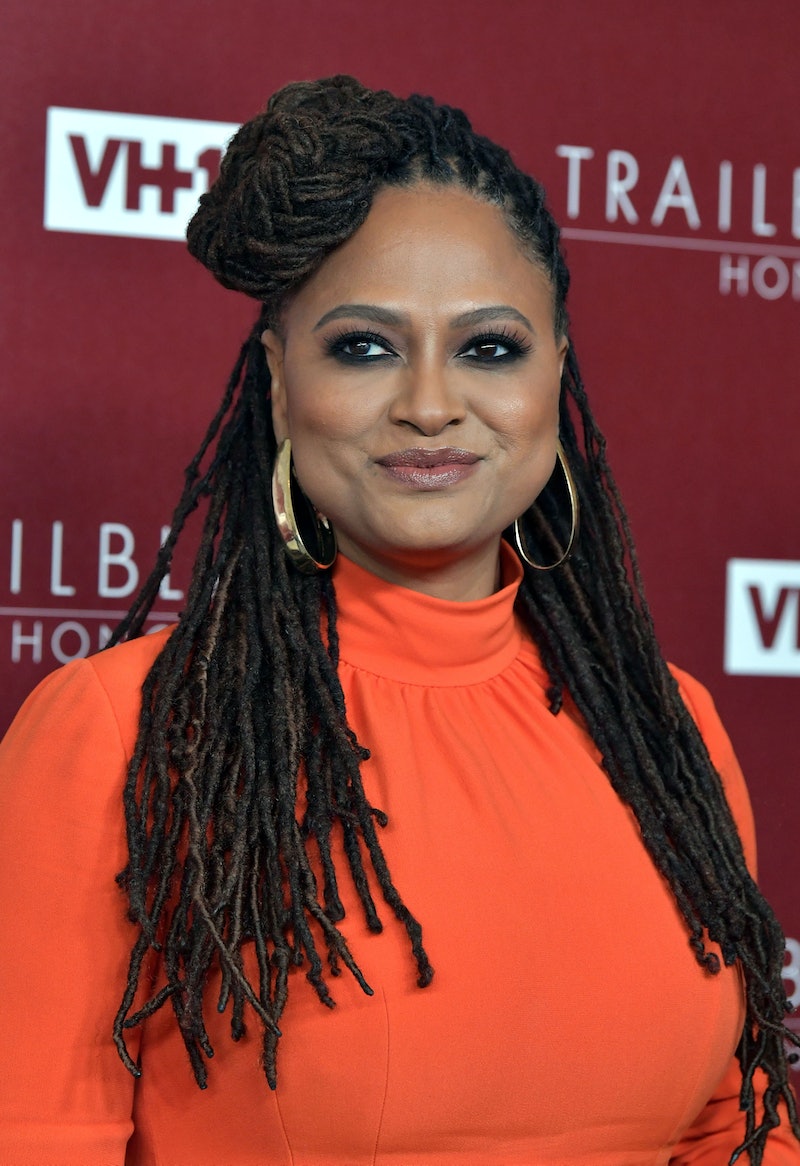 After finding success on the small-screen with her drama series, Queen Sugar, Ava DuVernay is, once again, teaming up with The Oprah Winfrey Network for a new project that is sure to warm the hearts of audiences. Slated for a winter 2020 debut, Variety notes that DuVernay's new anthology series, tentatively titled Cherish The Day, will take a look at the day-to-day intricacies of romance through a lens that will inspire others to "hold true to the ones they love."

Although there aren't any details on whether or not the project will be scripted or reality based, Variety notes that the show has been given a straight-to-series order by OWN. So it seems that production, if it hasn't already started, should get underway shortly. A press release, which was shared by The Oprah Magazine, reveals that each season of Cherish The Day "chronicles the stirring romance of one couple, with each episode spanning a single day."

Commenting on the project, Variety noted that DuVernay shared in a statement,

“OWN is home. I’m honored to create television for a network headed by an artist with spectacular vision and unbridled passion for the stories that we want to tell.”

DuVernay's frequent collaborator and founder of the OWN network, Oprah Winfrey, will executive produce Cherish the Day, per Deadline, Meanwhile, Queen Sugar director Tanya Hamilton, who will also serve as executive producer, has reportedly been named showrunner. Despite the lack of information currently available about the project, there's no doubt that Cherish The Day will, at least in part, offer fans an often ignored glimpse into love stories featuring people of color with DuVernay, Winfrey, and Hamilton behind the cameras. So, it goes without saying that this project is going to be one to watch.

Winfrey gushed about the collaboration in a statement shared by Variety, explaining,

"Ava is a visionary storyteller. She brings so much care, so much heart, so much love to the art she creates. I’m excited to continue collaborating together with our very first anthology series for OWN.”

DuVernay and Winfrey have had an extremely successful working relationship over the past few years. They teamed up to jointly executive produce Queen Sugar and DuVernay has also directed two critically-acclaimed films, Disney's A Wrinkle in Time and 2014's Selma, which have both starred Winfrey.

The director certainly has a lot on her plate when it comes to both film and television. Variety noted that she recently wrapped production on a Netflix series surrounding the true story of the Central Park Five titled, When They See Us. The outlet shared that she also is an executive producer on the CBS drama The Red Line.

Since arriving in the film industry less than a decade ago, DuVernay has broken down a myriad of barriers for both women and people of color. With A Wrinkle in Time, DuVernay became the first African-American female director to have a film surpassing the $100 million mark at the box office. Meanwhile, Selma made her the first black female director to be nominated for a Golden Globe Award. In 2017, she was nominated for the Academy Award for Best Documentary Feature for her film 13th. More recently, she was recognized at the VH1 Trailblazer Honors, which have been touted as a celebration of "today’s most respected politicians, entertainers, artists, activists, allies and icons who have dedicated their time and steadfast commitments to the women’s movement and beyond,” by VH1, according to Rolling Stone.

Throughout her career, DuVernay has remained committed indeed, using her platform to make space in the film industry for women and people of color. In her work, she's made it a mission to tell the stories of people who have gone unheard centuries. And with Cherish The Day, there's no question that she'll continue to do the same.