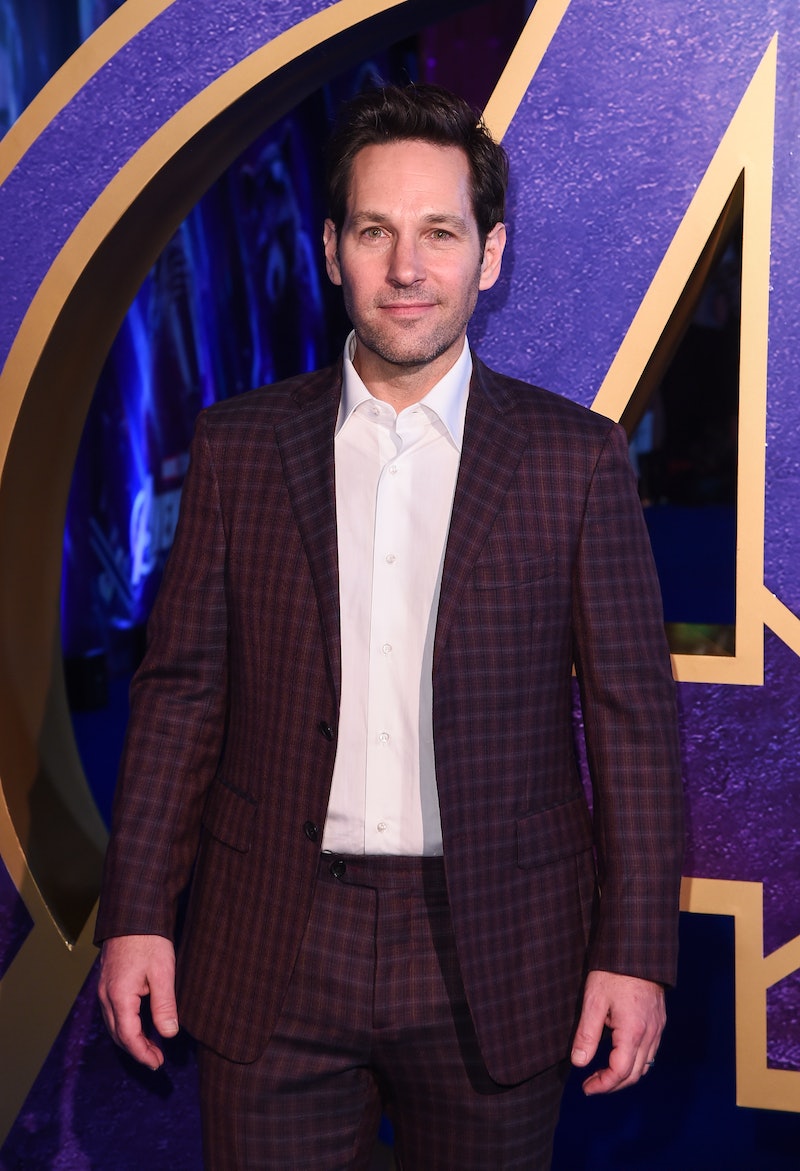 Fear not, true believers. There are no real Endgame spoilers here, just the debunking of one admirably weird fan theory. In a new interview with Variety, Paul Rudd responded to that Thanos and Ant-Man theory that's been making the rounds for the past few months. Yes, that theory, the one that suggests Scott Lang will save the world by shrinking down to ant size and entering Thanos' purple butt. You know, it's just crazy enough to work, but a little bit too crazy to actually happen.

For the uninitiated, the theory basically suggests that Ant-Man could shrink down to miniature size, fly up Thanos' butt, and then grow large again, which would theoretically blow the villain up. The actor told Variety that he had heard of the theory and he did have a few thoughts on the subject. "It seems a little far-fetched to me," he told the publication. "Let's go try to bring Josh Brolin in here, see what he thinks about it."

This is where things took an unexpected turn. Variety tracked Brolin down on the red carpet of the Endgame premiere, and then asked him if Thanos even had a butt for Ant-Man to fly up. The actor confirmed that his character does indeed have a posterior that could make the theory plausible, if a bit impractical. "That's a purple peach if I've ever seen one, that's a beautiful, purple peach," he said.

So, just to recap: Thanos does have a butt and Ant-Man could probably fly up it, but it's not necessarily a Plan B or even Plan Z for the Avengers, because... well, it's weird and not the kind of emotional high note the MCU probably wants to end this era on.

As for how he feels about fan theories in general, Rudd totally understands the need to search for meaning (and twists) in the source material. "I think it's a testament to the passion many people have for these characters," he said. "There's a history to them that we don't see if you've just seen the movies. If you've read the comics you know other storylines, and the fans want to pay homage and be respectful to those storylines. And yet there are so many people out there that want to try to figure it out. I think these fan theories are interesting to read sometimes."

That being said, he went on to explain that while he doesn't read fan theories often, he has seen a few that are way off base. The Thanos and Ant-Man one seems to fall firmly in the latter category. But points for creativity, right?

Even though this particular theory has now been debunked, hearing Rudd and Brolin talk about it is the laugh fans need after seeing Endgame. There's just no way the movie isn't going to be emotional since it's the culmination of more than a decade's worth of superhero films that have meant so much to fans. So, when you feel the tears start to roll, just close your eyes and picture Brolin gamely describing Thanos' rear for your entertainment. If that doesn't make you smile, then nothing will.