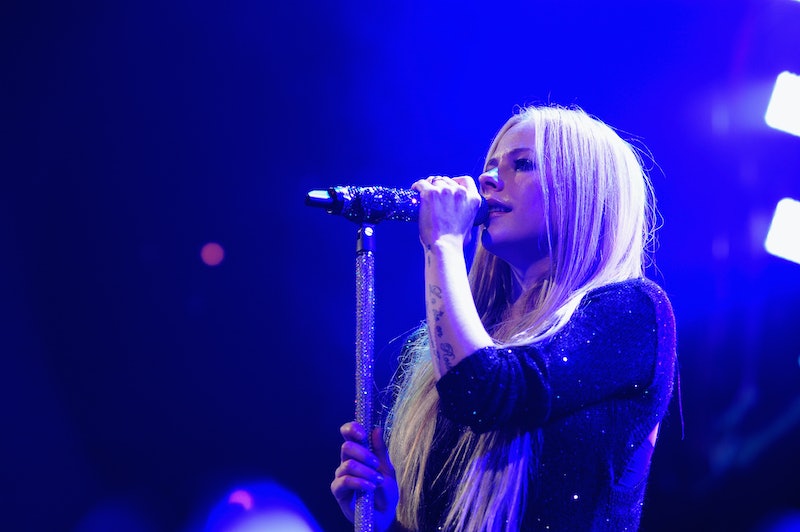 He was a conspira-boi, she said, "See ya later, conspira-boi.” In a new interview with Entertainment Weekly, Avril Lavigne talked about that death hoax that has been milling about the World Wide Web for nearly a decade. When the "I'm With You" singer was asked about the bizarre dead-and-doppelgänger'd rumor that keeps rearing its strange and conspiratorial head, she said she thinks it's bonkers. Hey, how else are you supposed to feel about the rumor that you have not only been dead for over 15 years, but have been permanently replaced by your body double?

"More like that it's just a dumb internet rumor and [I'm] flabbergasted that people bought into it. Isn't that so weird? It's so dumb. And I look the exact same. On one hand, everyone is like, 'Oh my god, you look the same,' and on the other hand people are like, 'Oh my god, she died.'"

If this is the first you're hearing of this theory, buckle your seat belt. The very untrue legend dates back to 2011 when a Brazilian blog called "Avril Está Morta," which means "Avril Is Dead," hit the internet. The site posits that Lavigne died by suicide in 2003. Oh, and the site also claims post-'03 Avril is not the real Avril, but someone pretending to be the real Avril, record music as the real Avril, and perform as the real Avril. Per the legend, an Avril Lavigne lookalike named Melissa Vandella took the pop-rock musician's place. If you to go deeper, Noisey's extremely thorough explainer should treat you right.

So if the theory was real (it is not real), that would mean not-Avril was actually the person behind hit songs like "My Happy Ending," "Girlfriend," and "When You're Gone." Reality would be flipped upside-down. We'd all be walking and talking Mr. Krabs memes. (But again, the theory is not real, so cool your Krabby Patties before you end up a walking and talking Mr. Krabs meme.)

The EW interview isn't the first time Lavigne has talked about the theory. While she was chatting with Australia's KISS 1065 last November, she touched on the death hoax thing. "Yeah some people think that I'm not the real me which is so weird," Lavigne. "Like why would they even think that?”

Because the internet had to go and make things so complicated, that's why.