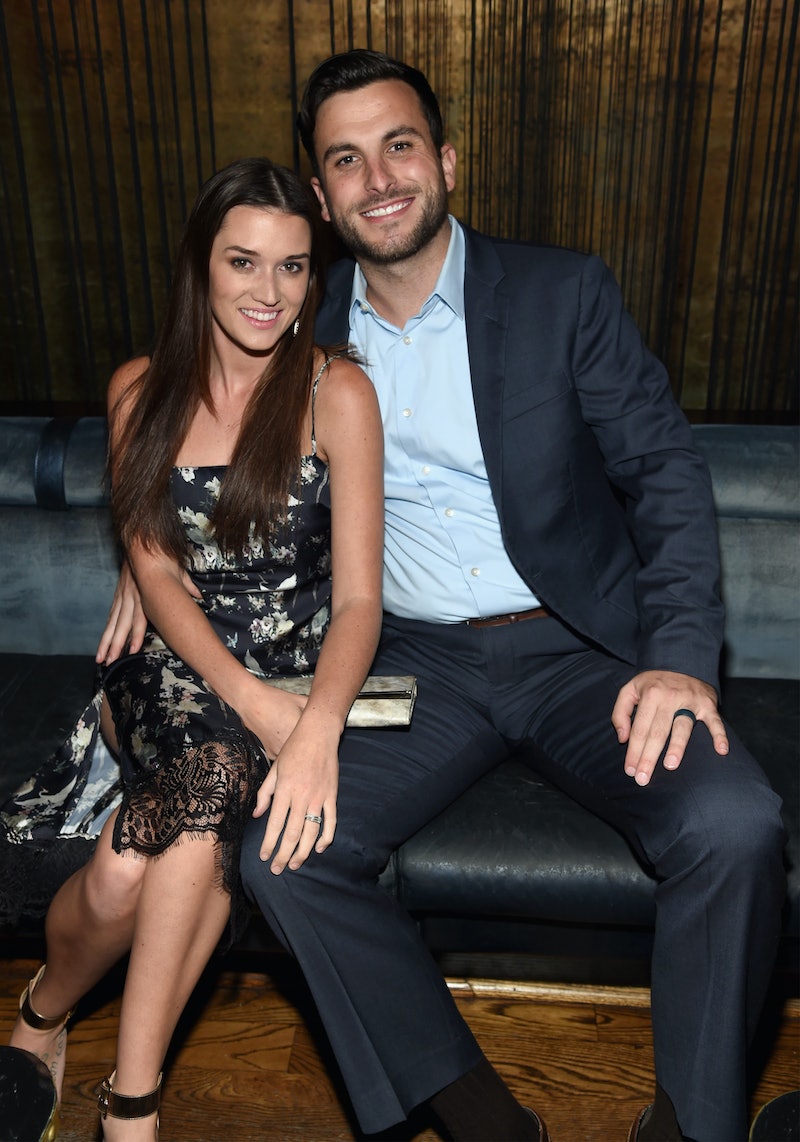 Some of your Bachelor and Bachelorette favorites are reuniting for a new series where no one's looking for love and there are zero eliminations. As first reported by People, Ashley Iaconetti and Jared Haibon's new reality series Rose Buds will see them living their post-Bachelor lives alongside their pals (and fellow Bachelor Nation alums) Jade and Tanner Tolbert, Dean Unglert, and Nick Viall. Also joining in the fun is Ashley's sister Lauren. The series is produced by Kinetic Content, and it will be premiering May 8 on the company's YouTube channel.

Rose Buds sounds a bit like Friends — but unscripted and starring all of your favorite members of Bachelor Nation. Ashley I., Jared, Jade, Tanner, Dean, and Nick are all at different stages of their lives, which should make for an entertaining mix of experiences. The series will follow Ashley I. and Jared as they move in together and prepare for their wedding, while their couple friends Jade and Tanner are getting ready to welcome baby number two. Meanwhile, Dean and Nick are still living that single life as they start new careers.

Ashley I. shared a teaser for the reality series via Instagram on Wednesday, April 25, and revealed to People why she thinks a series exploring the lives of Bachelor Nation members after their journeys on the show are over is such a good idea. "I feel like everyone loves seeing the friendships that form on the show, but we never get enough in the one hour and 20 minutes of air time," she told the publication. "I think this is why people love seeing the alums together on Instagram."

While the teaser doesn't include any dialogue there is lots of snuggling, laughing, and what may be a bit of modeling for Dean. Best of all, there's lots of Jade and Tanner's little girl Emmy. The sweet toddler is almost 2, and she'll be in for her own major life change when her baby brother arrives later this year. Seeing her become a big sister could be a highlight for fans if Rose Buds sticks around for a while — which is something her dad is really pulling for.

"It was a lot less pressure not trying to find a wife on TV or dealing with rose ceremonies, although I was secretly hoping Jared would get eliminated from the show," Tanner told People. "I don’t really have anything to promote — I just quit my job and I'm a stay-at-home dad now, so please watch this show! I need it to be picked up for season two so I have something to do with my free time."

If the show features Tanner being that hilarious and candid all of the time, he probably won't have to fret too much about getting a Season 2. Rose Buds is finally giving Bachelor Nation a real look at what life's like for Bachelor alums once their rose ceremony days are over for good. By focusing on the friendships that have blossomed among Ashley, Jared, Jade, Tanner, Dean, and Nick, the series has a strong foundation to build on — and while romantic love is great, who doesn't want to just hang out with this group without worrying about love triangles or broken hearts? And hey, starting May 8 you can do exactly that.