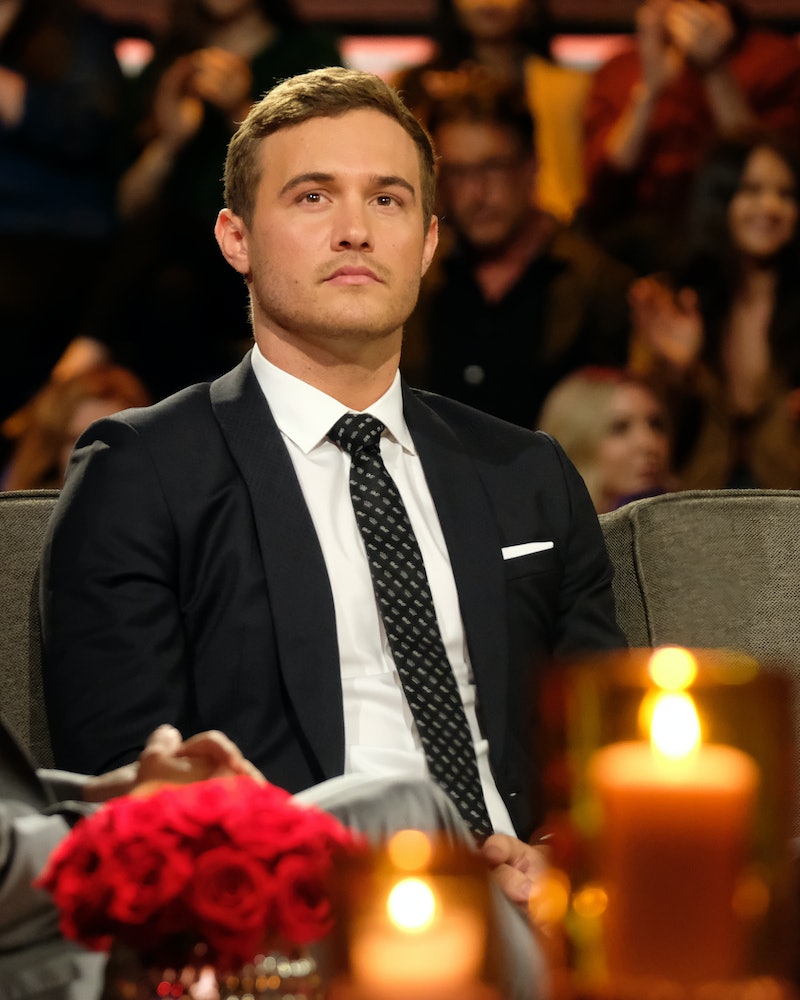 Peter Weber may not have walked away from The Bachelor with a lasting relationship, but that doesn't mean he's given up on finding that special someone to share his life with. In fact, during an Instagram Q&A on Sunday, March 22, Peter shared hopeful breakup advice with Bachelor fans. The newly single reality star explained that while things may not have worked out the way he wanted them to, he's come to view the whole journey as an overall positive experience that'll help ultimately lead him to his future wife.

The topic was broached after one fan asked about any “advice” he had for someone who was “just broken up with” after being together for three years. "Breakups are supposed to hurt,” Peter explained, in response to the question. “But I believe things happen for a reason and you’re one step closer to your person now. You should never want to be with someone that doesn’t want you back the same way.”

Given how dramatic Peter's Bachelor season as a whole turned out to be — which included a broken engagement and awkward exchanges between Madison and his mom on the After the Final Rose special — one wouldn't blame Peter for feeling a little bummed about the whole thing. Yet it seems he's still just as much of a romantic at heart as ever and hasn't given up on finding his happy ending.

This sentiment aligns well with another recent Q&A the pilot hosted on Instagram last week, where he revealed that, if given the opportunity, he wouldn't redo his season on The Bachelor. "No," he stated at the time. “One of the biggest takeaways I took was we have 0% control of the past but 100% control of the future. And that’s a beautiful thing.”

Considering that the season ended with him not only calling off his engagement to Hannah Ann, but also announcing that he and his runner-up Madison had decided to go their separate ways, it's somewhat surprising that Peter wouldn't want the chance to go back and change a few things. But it seems he's made peace with the whole ordeal and just wants to be able to put the past behind him in order to concentrate on the future, which he hopes includes becoming a DJ.

During Sunday's Q&A, Peter listed being a DJ as one of the goals he's hoping to accomplish sometime soon. He also hopes to “live in a constant mindset of gratitude" and “adopt a 90/10 vegan to meat diet." Let's just hope that these plans work out a little better than his latest Bachelor endeavor.