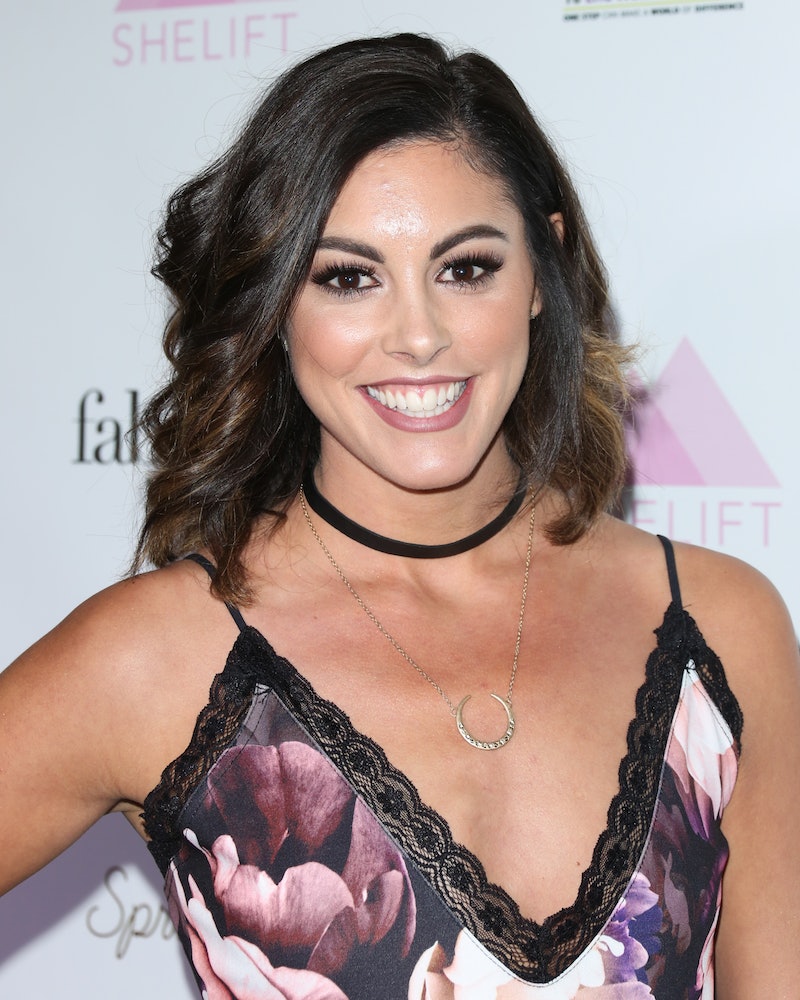 Although her time on Ben Higgins' Bachelor season was relatively short, Lace Morris briefly thought she was getting that televised happily ever after with Bachelorette contestant Grant Kemp. The two got engaged on Bachelor in Paradise Season 3, but called things off later that year. Now, Lace Morris is focusing on herself and her puppy in the wake of what seems to be another breakup.

E! News reports that shortly after her split from Grant, Lace met a man named Russell on Bumble in early 2017. The two quickly struck up a romance, and they kept things on the more private side — with Russell asking not to be tagged in her social media photos. As for the infamous "Grace" tattoo that Lace got to commemorate her and Grant's couple name? She told E! News that after talking with Russell, she decided she was going to get it covered up or edited. "It's just something we definitely don't want to sit there and look at all the time if we stay together forever, so I definitely am going to go look at getting it edited or fixed a little bit so it's not 'Grace,'" she said in 2017.

However, based on recent Instagram photos, it doesn't seem like she has changed the tattoo as of yet. What has seemingly changed is her relationship status. The last photo Lace has posted with Russell is from May 2019. Shortly after that, she got a new dog and started posting about the "next chapter" of her life. In one photo taken with her pup, she wrote in the caption, "The woman you are becoming will cost you- relationships, spaces, material things, etc. Regardless- choose that woman over anything. You cannot love someone else unless you love YOURSELF." She added, "Take time. For YOU. Take time to repair. We all deserve it, and I can tell you one thing- Lola and I are sure as hell excited for our next chapter."

On her 30th birthday in late 2019, Lace reflected on a challenging year. "29 was THE hardest, yet most rewarding year yet!" she wrote. "It’s without a doubt the most growth I've ever experienced and I'm so thankful for that. Cheers to the first day of the rest of my life."

Though Lace hasn't explicitly addressed her breakup on social media, it seems pretty likely given the nature of her Instagram posts. So, with him potentially out of the picture, she's been doing everything she encouraged others to do in that Instagram caption. She's taken time for herself and focused on what she wants out of life. According to her Instagram bio, she's still living in Denver and working as a realtor — so those two things haven't changed since she appeared on Ben's season. But she's added in some influencing with occasional ads on her Instagram and some modeling work. She recently modeled some wedding dresses and joked that she hoped her own wedding would turn out as great as her Pinterest plan for it.

It seems like Lace may be ready for lasting love when it comes her way, but in the meantime, she'll just be wedding planning on Pinterest, playing with her pooch, and living life the way she wants.