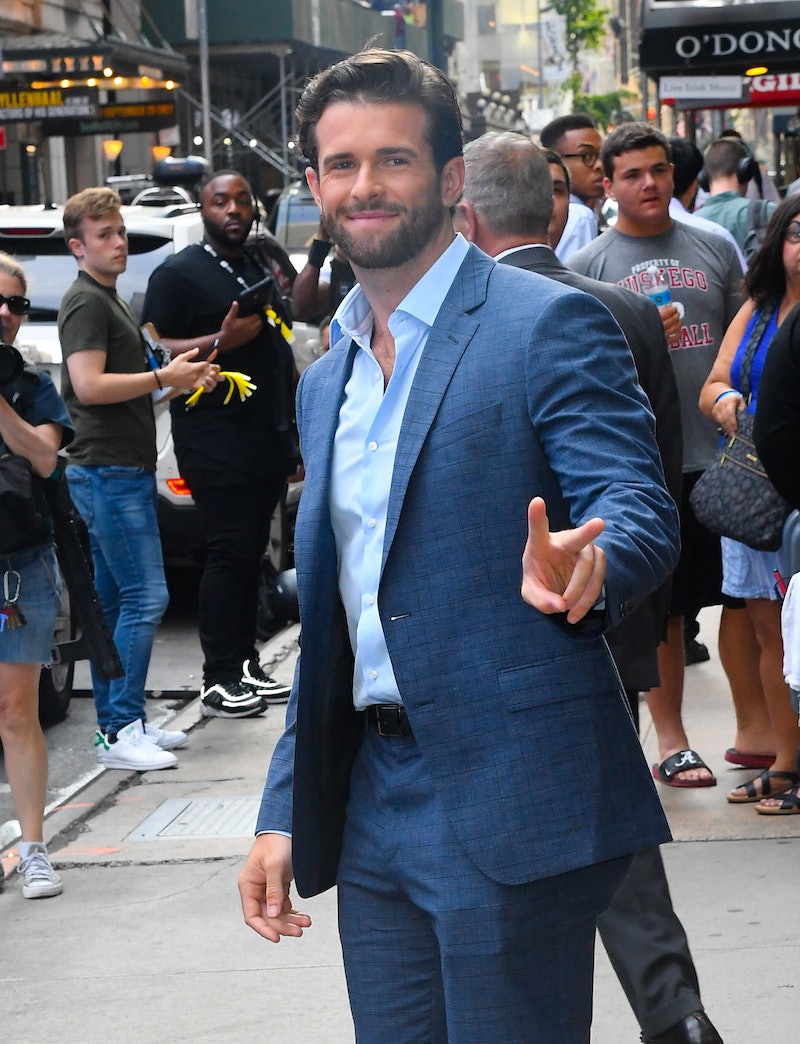 The Bachelorette Season 15 winner Jed Wyatt may have a new girlfriend. On Tuesday, Oct. 29, Jed posted some videos on Instagram Stories that indicate he might be in a relationship, and no, it is not with someone who hails from Bachelor Nation. This week, the singer-songwriter who was engaged to Hannah Brown for a short period of time went to Miami and spent time with Ellen Decker, a personal trainer, teacher, and model who lives in Miami. Jed and Decker have not explicitly said they are dating, so do not start up the relationship label maker just yet. (Bustle reached out to Jed and Decker's reps for comment, but has not yet received a response.)

Whatever is or is not going on, the two sure do seem to be enjoying each other's company. As Decker noted on the selfie she took with Jed for Instagram Stories, “Hot & sweaty in these but so happy.” She also shared a video of Jed lifting weights and wrote that her "first client of the day" was "crushing it."

At the end of the most recent season of The Bachelorette, Hannah and Jed became affianced. However, their engagement was called off after Hannah found out Jed had not been totally honest about his pre-Bachelorette relationship status. Turns out, he apparently auditioned for the show while he was still dating someone else, and that someone else was under the impression they would still be together when he was done filming. Haley Stevens, Jed's pre-Bachelorette girlfriend, told People in June that he said he went on the show to promote his music career, assured her he would not fall for the lead, and insisted that their relationship would be "stronger on the other side because of it." This revelation did not sit well with many Bachelorette fans, and Jed became something of a Bachelor Nation villain.

When speaking to Us Weekly in September, Jed said that after The Bachelorette fallout, his "head was just so out of everything." He explained that he found it difficult to get back to making music or "be creative like that," calling it "such a low spot." Jed also told Us Weekly that he was "not necessarily looking" for a relationship. He continued, "I’m just praying that things fall into place as they should. I’m just trying to focus on myself."

Based on his and Decker's Instagram Stories, it looks like Jed may be back in the dating game.