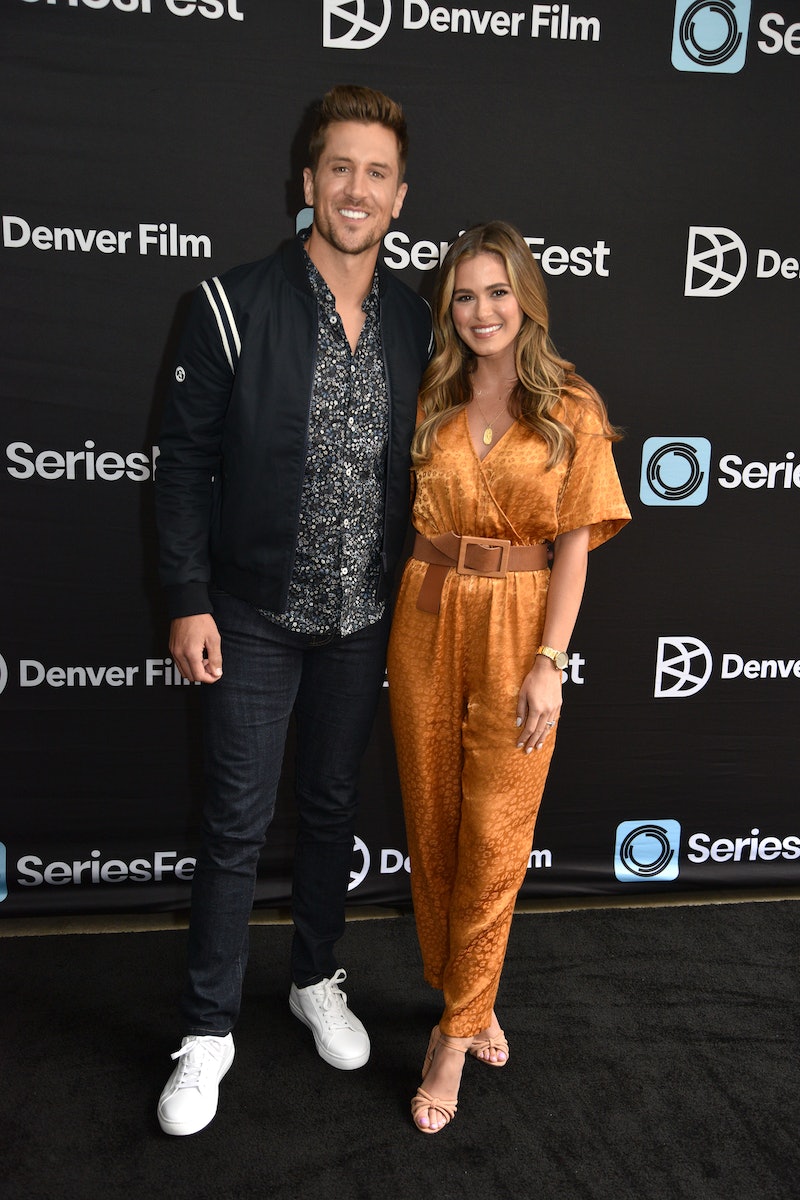 The lead on The Bachelorette wants the contestants to lay out their feelings and declare their love. In contrast, it's actually very rarely that the Bachelorettes get that open with how they feel until they choose a winner. However, JoJo Fletcher told Jordan Rodgers "I love you" in a unique way during her season.

Unfortunately, he did not pick up on her signals. They were just a little bit too subtle. Fortunately, it all worked out for them nonetheless. They got engaged during her season finale in 2016 and have been solid ever since. In a joint interview with People Now, Jordan said, "She told me after the show, 'You know every time I would squeeze your hand three times, that meant I love you.' I did not know that." He even admitted, "That would have made things a lot easier." Well, it all ended up OK for the two of them regardless.

This came up during a segment when the couple answered questions about pet peeves, habits, and other aspects of their relationship. They were asked, "Who said 'I love you' first?" In retrospect, that's kind of a silly question since the lead rarely says "I love you" first. Of course, it was Jordan who dropped that "L" bomb. JoJo explained, "Well, he kind of had to because I told myself I would not say 'I love you' until I knew and I was engaged to the person."

And that makes perfect sense considering the rough ending to JoJo's experience when she was a contestant on The Bachelor. During the day portion of her fantasy suite date, Ben Higgins told JoJo he was in love with her, with two other women left in contention for that final rose. He also told Lauren Bushnell that he loved her during that fantasy suite week.

During their last date of the season, JoJo broke down crying on the bathroom floor when Ben admitted that he told Lauren that he loved her too. At the end of the season, Ben proposed to Lauren, leaving JoJo very confused and heartbroken. Of course, she wasn't going to say "I love you" until the very end. After all that she went through, it was logical for JoJo to take a more cautious approach on her own season. Even though JoJo didn't straight up say "I love you" to Jordan until the end of her season, she connected with him right away. She gave him the first impression rose at the start of her season.

In a 2016 interview with People, right after her season finale, JoJo reflected, "I had this immediate sense of comfort with him." She even said, "From that first initial interaction, I knew I could fall in love with Jordan."She also recalled, "On those final days, I thought about who I couldn’t imagine saying goodbye to. It was always Jordan. And that’s how I knew."

And she tried to tell Jordan with those hand squeezes, but he didn't find out what was going on until after filming wrapped. Hopefully, they both communicate their love a lot more clearly now that there aren't roses up for grabs.

More like this
Clayton & Susie Broke Up, Citing "A Significant Amount Of Pain" After 'The Bachelor'
By Jordyn Tilchen
Why Did Lace's Fake Her Birthday On 'Bachelor In Paradise'?
By Kadin Burnett
Here’s What Went Down Between Romeo, Jill, & Kira Before 'Bachelor In Paradise'
By Grace Wehniainen
Bachelorette Gabby Kissed Her New Fiancé On 'Dancing With The Stars'
By Jake Viswanath
Get Even More From Bustle — Sign Up For The Newsletter