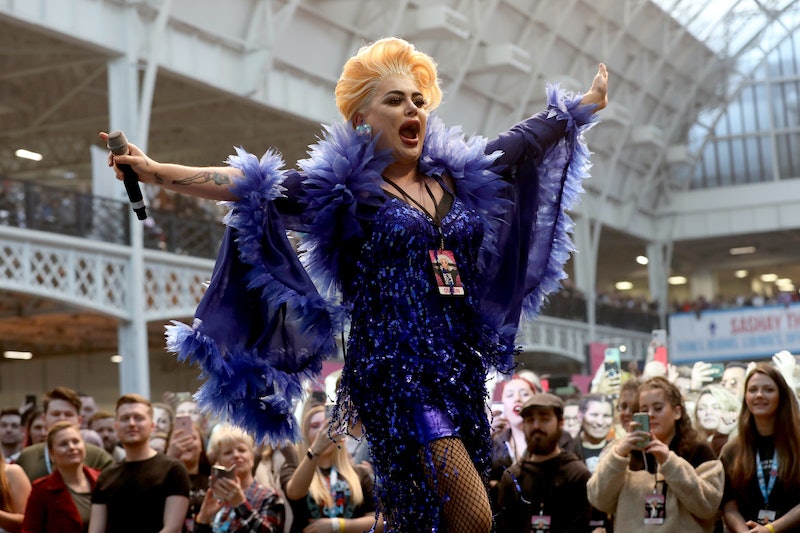 The success of drag performance is very much reliant upon face-to-face interaction, and in an era of social-distancing, the industry faces increasing challenges. However, queens around the world put their typically innovative talents to good use, and made prompt transitions from the bars and nightclubs to live streams and social media. Now, drag enthusiasts can win a chance to invite the one and only Baga Chipz to host their next Zoom quiz, and your lockdown shenanigans are about to get "much betta."

In a collaboration with Missguided, the self-proclaimed people's princess will offer fans "a good old knees up" from the comfort of their own home, by adding some serious quarantine realness to their next Friday night Zoom quiz.

To enter, simply follow both @Bagachipz and @Missguided on Instagram, give their post a quick like, tag your besties in the comments, and the lucky winners will be announced on May 15. Further details about the competition can be found on the Missguided website here.

Speaking from her lockdown retreat, the chip shop bird teased winners can expect her usual "camp old self," and explained how the competition aims to "bring some entertainment, and some fun for people" during these turbulent times.

Despite the coronavirus upheaval, Baga continues to thrive in her field, and the drag superstar's ongoing Netflix Youtube series I Like to Watch, as well as brand new podcast Fancy a Brew, have ensured fans won't be left with scraps amid the chaos. "I'm in drag everyday," she tells me. "I feel really privileged and lucky."

Things weren't always so rosy, however. Reminiscing on her pre-Werk Room days, Chipz recalled how she'd often live pay-check to pay-check in order to stay afloat — admitting that without the career springboard of Drag Race UK, she'd otherwise "be earning a penny" a week during the pandemic.

"Help out your local queens," Baga pleaded, when discussing how drag fans can support lesser-known performers throughout this tricky era. "It's always been the way with drag. People see it as some kind of hobby. We still need to eat and pay the bills — it's a job," she added.

Offering advice to performers who might struggle to thrive in these less-than-motivating times, Baga added that "now is the perfect time to be creative," whether it be though make-up tutorials, live performances, and beyond.

She continued on to suggest that in the age of digital drag, up and coming performers would benefit greatly from putting emphasis on entertaining audiences, as opposed to perfecting their aesthetics.

"I've met queens who basically wear bin bags and wear a bag of spanners, but it's been the most entertaining night I've ever had in my life because they've just got talent. When I watch a drag queen, I wanna be entertained. I don't care what they look like."

The star's own talents were thrust into the spotlight during the first series of Drag Race UK, in which her Lily Savage-inspired persona and quintessentially British performance style became a hit with viewers and judges alike.

Reflecting on her time filming the BBC hit, Chipz praised what was an overall positive experience, touching upon her working relationship with the queen of drag herself, Ru Paul.

"She was nothing but kind. Always smiling at me. Always giving me a tap on the shoulder," Baga recalled, adding that despite rumours of diva on-set behaviour, she experienced nothing of a sort. "She's doing her job. She's not there to have a cup of tea and a chin wag with you."

Giving fans fresh hope for the future of Drag Race UK, Baga further divulged how Mother Ru "absolutely adored" creating the British spin-off, which appeared to give the longtime host a "new lease of life."

More like this
Twitter Has Renamed Ekin-Su After *That* 'Dancing On Ice' Performance
By Sophie McEvoy
This Pre-'Love Island' Video Of Olivia & Zara Together Changes Everything
By Bustle UK
Twitter Can’t Make Up Its Mind About Ekin-Su’s 'Dancing On Ice' Skate-Off
By Sophie McEvoy
Twitter Is Having A Field Day Over Mr Blobby’s Costume Selling For £62k
By Catharina Cheung
Get The Very Best Of Bustle/UK
Sign up for Bustle UK's twice-weekly newsletter, featuring the latest must-watch TV, moving personal stories, and expert advice on the hottest viral buys.