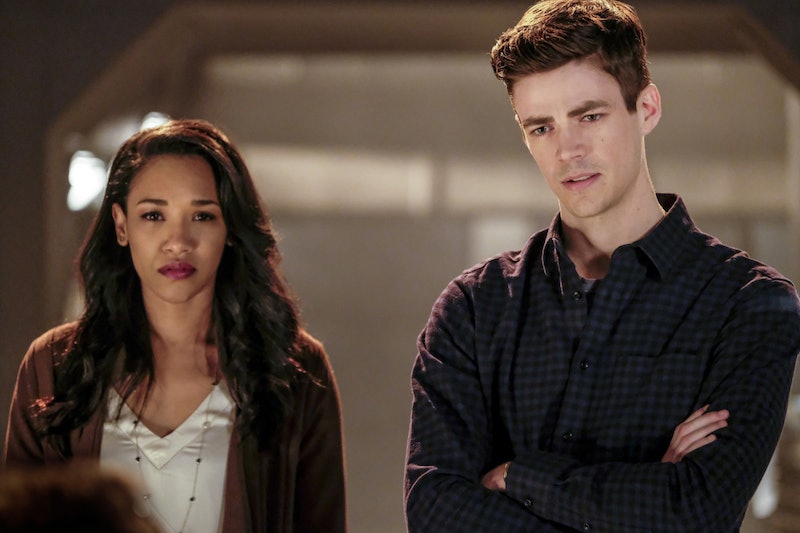 Well, the WestAllen engagement was nice while it lasted. Barry and Iris enjoyed a very brief engagement on The Flash's "Wrath of Savitar" before Barry's true motivations for proposing were revealed. The last episode ended with Barry getting down on one knee and proposing to Iris in a sweet, romantic gesture that he will (hopefully) get a second shot at in the future. And, though Iris initially said yes, it turns out that when your boyfriend asks you to marry him because he wants to try to avoid your future death, it kind of puts a damper on an engagement. Needless to say, Barry and Iris' relationship on The Flash isn't headed for marriage any time soon.

At first, Iris and Barry were all smiles when announcing their engagement to the rest of Team Flash. The only slightly skeptical member of the team was Joe, who didn't quite understand why Barry didn't ask him for his permission first. Barry said he wanted it to be a surprise, but it might also have to do with the fact that his proposal wasn't entirely motivated by his love for Iris. Barry loves Iris, but he asked her to marry him in the hopes that he could change the future where Savitar kills Iris, not in the hopes that they would truly live as husband and wife.

Wally realized Barry's fear when he asked Cisco to vibe him to the future so that he could see what he was really up against to save Iris' life. In the vibe, he saw that Iris wasn't wearing a ring, and, emotional and angry from his visions of Savitar, he confronted Barry in front of the entire Team. (Not cool, dude.) In the end, Iris forgave Barry for being motivated by fear, but she ended up taking off the ring anyways. She doesn't want Barry to ask her to marry him because he's afraid, she wants him to ask her because he loves her.

Even though her life is at risk, it really doesn't seem like all that much to ask. And if they find a way to beat Savitar, then, who knows, maybe we'll get to see a real WestAllen engagement in the future.