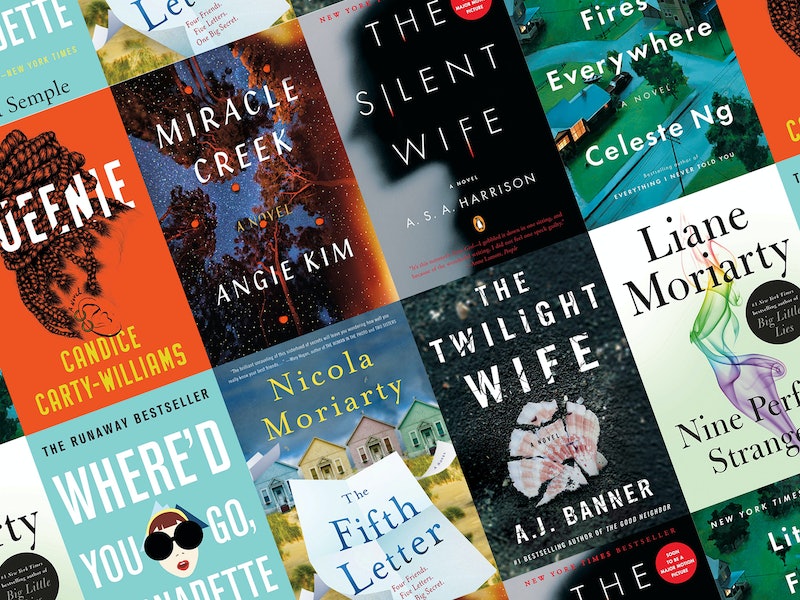 The Big Little Lies season 2 finale airs on July 21st, and Big Little Lies season 3 probably won't happen, which means it might be time to say goodbye to the mothers of Monterey for good. Based on the bestselling novel by Liane Moriarty, Big Little Lies has been a crowd and critical favorite since it premiered in February of 2017 — not only because its cast includes Hollywood heavyweights Reese Witherspoon, Shailene Woodley, Zoe Kravitz, Meryl Streep, Nicole Kidman, and Laura Dern, but also for its unflinching portrayal of abusive relationships in the era of #MeToo, and the complexities of female friendships, marriage, and motherhood.

After you've watched the finale, make sure to check out the 11 books like Big Little Lies, below. All share similar themes to the show: There are murder mysteries and eerie thrillers; there are small towns with dark secrets and suburban dramas; there are heart-wrenching books that deal with abuse; there are high-stakes courtroom spectacles; and there are explorations of motherhood and intense female friendships in all of their many iterations. At least three of these books are already in the process of being adapted for the screen (including the upcoming Reese Witherspoon-led Little Fires Everywhere adaptation on Hulu) so you can get ahead of your next TV favorite:

More like this
'The Sandman’s Ending Is A Departure From Neil Gaiman’s Comic Book Series
By Kadin Burnett
The 'PLL: Original Sin' Creators Say A’s Identity Will Be “Very Clear” By The Season Finale
By Alyssa Lapid
The 35 Best Thriller Novels To Read Now
By Morgan Leigh Davies
10 Must-Read New Books Out This Week
By K.W. Colyard
Get Even More From Bustle — Sign Up For The Newsletter