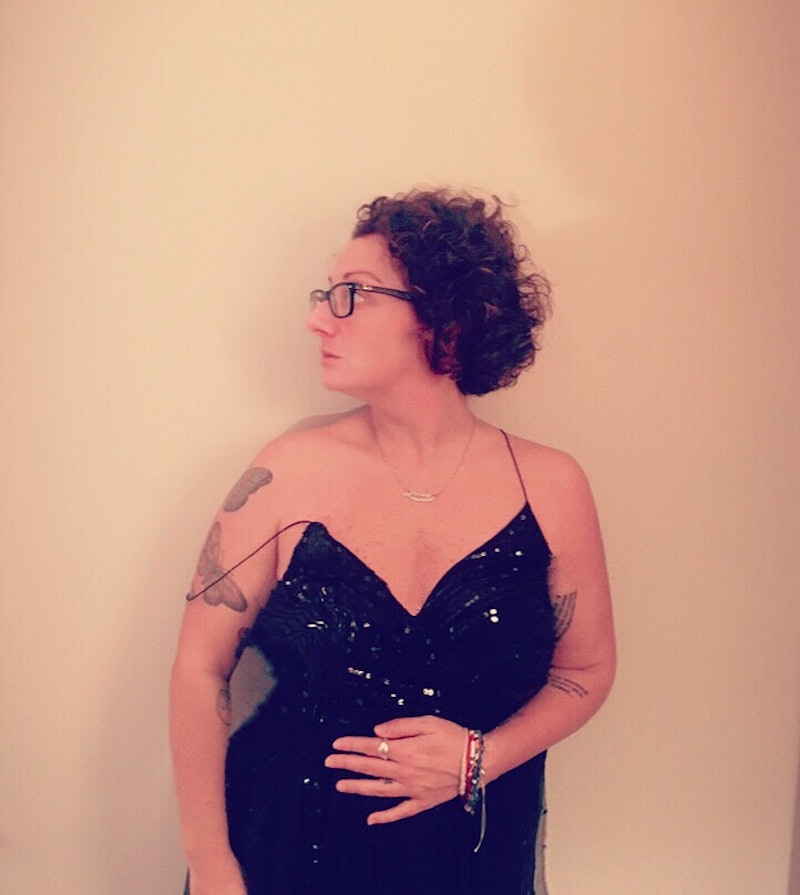 As a woman whose formative years coincided with Sex and the City, of all the quotes that resonated with me, it was this one that stuck with me the most: "The most exciting, challenging, and significant relationship of all is the one you have with yourself. And if you find someone to love the you you love, well that's just fabulous."

Although I see the character of Carrie Bradshaw far differently now than I did when I was a kid, I still think this quote is an important one.

While I’ve never been one to hand over my identity to a partner, as some do, or lose myself entirely in a relationship, there are parts of myself that I put on hold that I wouldn’t put on hold when I’m single. Location, for example, is a big thing. When I’m single, I’ll go anywhere in the world, happily alone, curiously and fearlessly exploring. When I’m not single, I either don’t travel or when I do, I travel differently. Fearless exploration feels different when you’re not alone, having to take care of yourself in unexpected predicaments feels different when you’re not alone, and having to share an appetizer at a restaurant in Napoli is dreadful when you’re not alone.

I truly admire relationship people. Some of my closest friends are relationship people and while I’d never judge them for it, I can see the difference in their behavior, actions, and words when they’re with their partners compared to when they’re without their partners. Not different in a bad way or good way; just different. I know that I’m the same way. Different people bring out different aspects of us, so to not act differently in different surroundings, among different people, just isn’t how things work. It’s a matter of adapting more than anything else.

"I see myself as someone who is entirely composed of her own making, with her own vision, her own hopes and dreams, and her own sense of direction — and it feels amazing."

But it’s this necessary adaptation that comes with being in a relationship, the need to put myself on hold, and, in some ways, mute my personality to complement the personality of my partner that has made me realize that, for all my self-deprecation, it’s when I’m single that I’m able to love myself. Granted, I don’t sit around writing myself love poems (although maybe I should) or brag about things I’ve done, but I feel a sense of peace. I feel a sense of accomplishment that I often overlook when I’m in a relationship. I see myself as someone who is entirely composed of her own making, with her own vision, her own hopes and dreams, and her own sense of direction — and it feels amazing. I feel more powerful than powerless, and even have more confidence in my work as a writer than I do when I’m in a relationship. But I’m not sure why this might be the case.

For me, relationships throw my schedule off track. I put projects on shelves, with plans to get to them later, but as long as the relationship continues, those projects are never taken off the shelf and, instead, just continue to collect dust. But when I’m single, projects are never shelved. I immerse myself in everything I want to do and it gives me not just a sense of pride, but a sense of wholeness and completion, as though I’m doing what I’m supposed to be doing, living up to my expectations, and the result is a deeper respect and admiration for the person I am. And, yes, it’s love.

I love the person I am when I’m single and someday, maybe, I’ll meet someone who will equally love that me that I love so much and I won’t see that relationship as I’ve seen relationships in the past. But if that person never comes along, then that’s cool too. In loving myself, I’m betting on a sure thing. And to quote Carrie Bradshaw, "well, that's just fabulous."