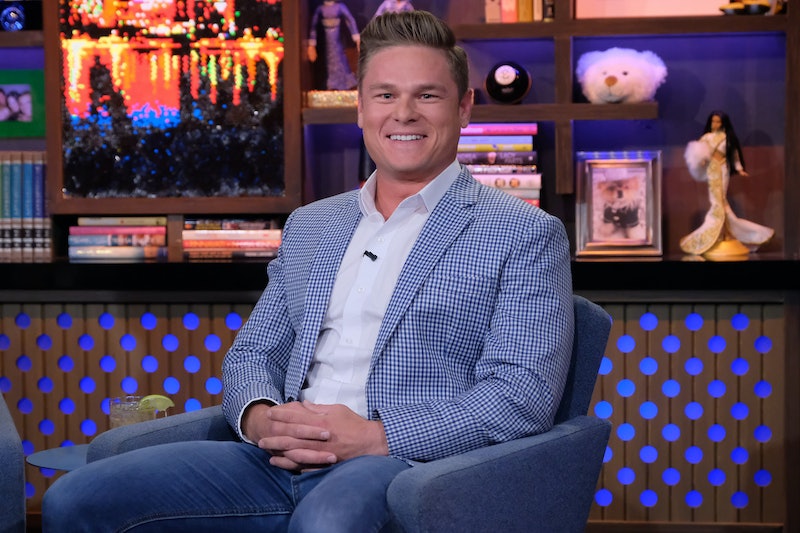 The way to this Below Deck star's heart might be through his Instagram. During a recent game of “Phone Probe” with OK! Magazine, Below Deck's Ashton Pienaar revealed he's dated fans who have slid into his Insta DMs. In fact, he even found a match on there.

While promoting Below Deck Season 7, Pienaar sat down with OK! Magazine to play a little game called "Phone Probe," where the mag scrolls through a star's phone looking for a little tea. Turns out, Pienaar was happy to spill all of his, every last drop. But the hottest tea might have been when Pienaar admitted that he checks his Instagram messages. And not only that, he often responds. “Some DMs are just outrageous," he told the magazine in a video clip published on Nov 19. " ... but I try to be friendly."

While Pienaar didn't share how outrageous they actually get, he did read one message from a mystery girl who wrote, "I know you will never see this, but I think you are just my type. And I feel so inclined to tell you that I would be yours."

After reading that G-rated DM to the world, Pienaar also revealed that he's used his Insta as an unofficial dating app. “I dated a girl [who messaged me] for a while," he said. "She was from Boston. Last year this time she was in New York with me. So, I’ve met some really cool people over social media.”

It seems the South African deckhand turned bosun — a ship's officer in charge of the crew, for all those non yachties out there — is still open to meeting cool people on Instagram. Especially since his Below Deck romance with Laura Betancourt seems to have set sail for just friends island.

At the Below Deck Season 6 reunion, Pienaar revealed that he was single. "I'd love to say I'm involved with somebody," he said after fellow shipmate Ross Inia accused him of hesitating before giving his answer. "But I think my wife's still out there trying to find me. She's taking her time."

When asked about Betancourt, though, Pienaar still seemed a little smitten. While he said that they were friends who "check in on each other now and then," he also said Betancourt is a "cool chick" who he has "quite a bit in common" with and would settle down with if circumstances were different. But, alas, right now, the two are just friends.