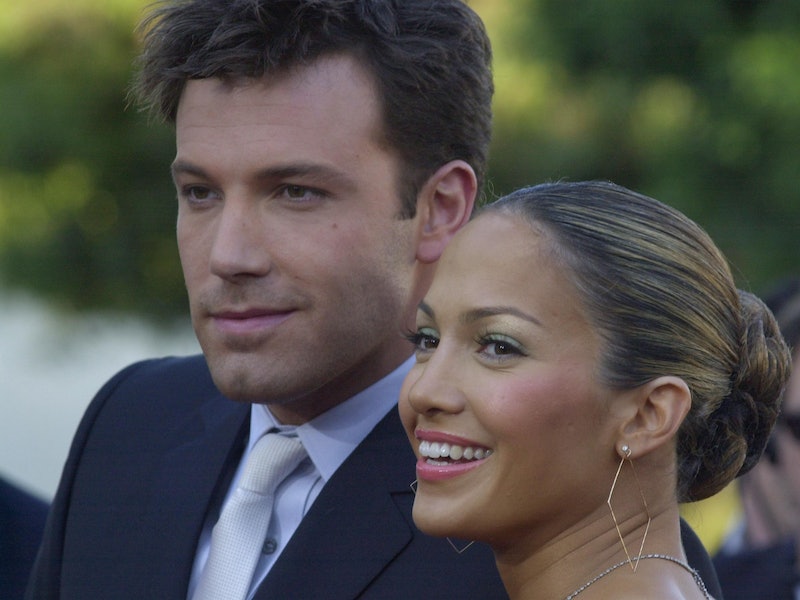 The Oscars may have been two weeks ago, but everyone is still giving their hot takes on who won, and more importantly, who got overlooked. Pretty much everyone agrees that Jennifer Lopez was the biggest snub of the year, after not receiving a Best Supporting Actress nod for her incredible performance in Hustlers. Even her ex-fiancé Ben Affleck thought J.Lo deserved an Oscar nomination for Hustlers, and their relationship ended over 15 years ago.

The actor, who is preparing for the release of his film The Way Back, was interviewed for a New York Times profile published on Wednesday, Feb. 18. The interview covered a lot, from Affleck's struggles with substance abuse, to his relationship with his ex-wife Jennifer Garner. But it turns out, there was plenty left on the cutting room floor. Over the weekend, the writer of the profile Brooks Barnes tweeted some tidbits from their interview that didn't make the final cut, including some opinions on his ex-fiancé's unjustifiable Oscars snub.

"She should have been nominated," Affleck said about Lopez, echoing everyone's sentiments and applauding her for another notable feat. "How awesome is it that she had her biggest hit movie at 50? That's f*cking baller." During the interview, he also revealed that he keeps in contact with his ex and maintains a good relationship with her. "She's the real thing," he said. "I keep in touch periodically with her and have a lot of respect for her."

Lopez and Affleck had a brief whirlwind relationship after they met while filming Gigli (known as one of the worst movies of all time) in 2003. They quickly got engaged, garnering huge media attention and becoming affectionately known as "Bennifer" by the public. Affleck was even featured in J.Lo's iconic "Jenny From the Block" video.

However, just before they were set to marry, they called it off. J.Lo got married to Marc Anthony in summer 2004, while Affleck married Jennifer Garner in 2005. Both have since moved on from those relationships as well, with J.Lo now being engaged to Alex Rodriguez.

Years later, J.Lo attributed her split from Affleck to the intense public scrutiny on their fast-moving relationship. "We didn't try to have a public relationship," she told People in 2016. "We just happened to be together at the birth of the tabloids, and it was like, 'Oh my God.' It was just a lot of pressure." However, she has no regrets about how their romance unfolded. "I would do it all over again, I think. I really would. Even the relationship part," she said.

More like this
What Is Mary J. Blige’s Net Worth? The 9-Time Grammy Winner Is Doing “Just Fine”
By Hugh McIntyre
How Andrea Riseborough Got Nominated — & Almost Disqualified For An Oscar
By Jake Viswanath
12 Years Ago, Austin Butler Manifested His Oscar Nom In This Disney Movie Scene
By Jake Viswanath
Paul Mescal’s Family Celebrated His Oscar Nomination In The Sweetest Way
By El Hunt
Get Even More From Bustle — Sign Up For The Newsletter
From hair trends to relationship advice, our daily newsletter has everything you need to sound like a person who’s on TikTok, even if you aren’t.