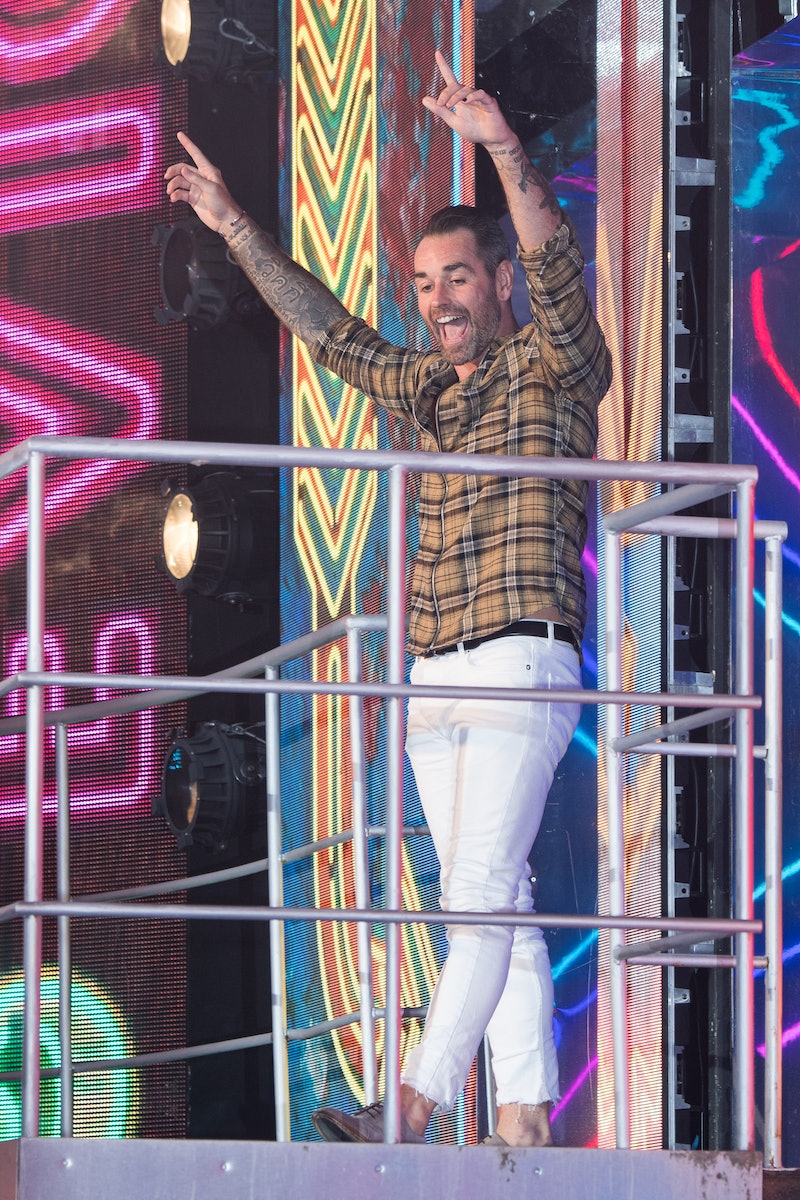 Going into the Celebrity Big Brother house is a pretty risky thing to do, especially when you have an established career and fan base. This year's show has proved just how much a stint in the CBB house can affect your reputation. And after a certain ex-Emmerdale actress experienced some pretty hardcore negative attention in the aftermath of the series ending, housemate Ben Jardine has told people to leave Roxanne Pallett alone. And to be honest, he really has a point.

Jardine discussed the incident between Pallett and fellow contestant Ryan Thomas that caused the backlash during an appearance on FUBAR radio. According to The Sun, he told host, Lizzie Cundy, "I think everyone now should just get on with it. She's been punished, bless her, leave her be."

The incident in question saw Pallett falsely accuse costar Ryan Thomas of punching her multiple times. Whereas footage of the fight appeared to show that they were play fighting and that Pallett seemed relaxed until after it happened, at which point she became distraught. Thomas, who subsequently won the series, was devastated by the accusation and admitted on several occasions that he was worried it would end his career and ruin his life. There was a huge backlash from fans, multiple complaints to Ofcom, and Pallett was dragged through the press and received a lot of unwanted negative attention.

However, Pallett did receive some support from charity Women's Aid who explained that, as the actress had previously been the victim of domestic violence, that the play fight may have triggered painful memories causing her to believe she was in more harm than she actually was.

A statement from the charity read: “Play fighting may not seem serious but if you have been in an abusive relationship it can seem frightening and even trigger memories of the abuse. Domestic abuse means you don’t feel safe in your home environment, and as a woman who has previously spoken about being in a violent and abusive relationship, Roxanne clearly did not feel comfortable going to sleep in the same room as someone who had physically hurt her, even if that was not his intention."

Jardine is best known for his turn on Married At First Sight, where he married a woman who he had never met after experts matched them. Sadly, and maybe not so surprisingly, the match didn't work. I mean it really didn't work, as he was unfaithful just a few hours after their wedding ceremony. Whoops. Since then, he has pursued a career in the media with other TV appearances including his recent CBB stint.

Jardine and Pallett grew really close in the house, some might say too close considering both had partners on the outside, but close none the less. The pair had many flirty moments, but that came to an end when Jardine was evicted from the house. Speaking about their connection in the house during the FUBAR interview, he said "I was taken in with her. We clicked, I'll admit that, and there was a connection."

When he was shown the footage of the incident after he left, his reaction was pretty scathing and in an interview with The Sun, he said "What she showed and portrayed to me was disgraceful". He was clearly hurt and felt he was lied to, so it says a lot that even he has come round and is saying that it is time to leave Pallett be.

During an interview with the host of Celebrity Big Brother, Emma Willis, Pallett made it clear that she is fully aware of the vitriol being chucked her way. She said she is "the most hated girl in Britain." That is a pretty horrible and lonely place to be, and Jardine has a point. The backlash and negativity in the press and on Twitter has been pretty horrific.

Jardine standing up to defend Pallett is a big move after having been clearly personally affected by the whole awful event, as a fellow contestant and a friend. So perhaps it is time for fans and media outlets to follow suit, and leave Pallett alone.