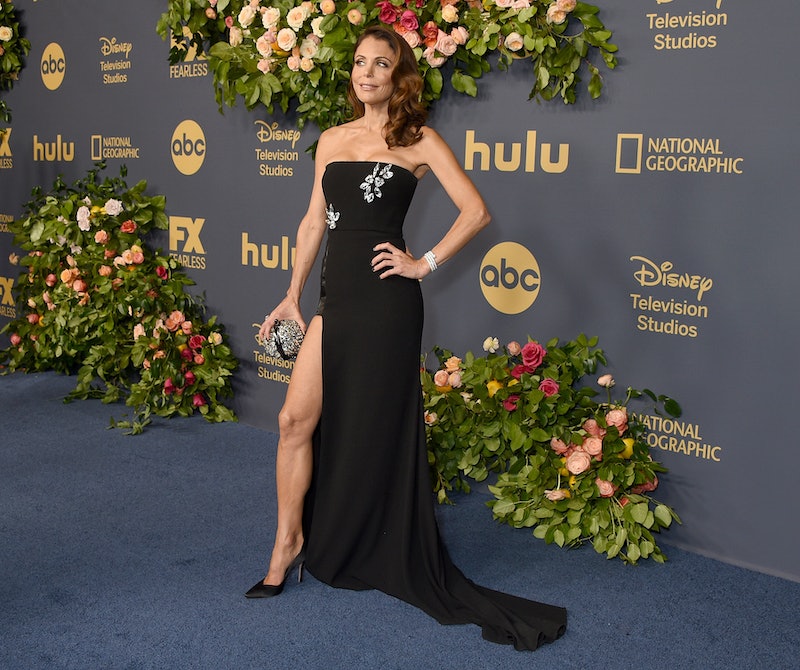 Queen B of The Real Housewives of New York City has traded her apple for a producer's hat, and the content is imminent. As she revealed to Variety on the 2019 Emmys red carpet, Bethenny Frankel's post-Real Housewives projects are in the works, and a majority are "female-centric."

The Skinnygirl mogul told the outlet, “We have two shows that already have offers. One of them is a continuation of my story with a business twist. It’s a docu-competition show. The other one I’m producing, which is about a group of hilarious women, is soft-scripted.”

In March, Deadline announced Bethenny signed a deal with Burnett and MGM. Less than six months later, Variety reported Bethenny left The Real Housewives of New York City. In a statement provided to the outlet, Bethenny announced that she planned to “explore [her] next chapter,” which included her “production partnership with Mark Burnett, producing and starring in shows which represent a shift in the conversation for women.” This exit was not uncharted territory: Bethenny left RHONY after Season 3, and did not return until Season 7. Whether or not another Bethenny comeback is in the tea leaves remains to be seen.

Andy Cohen seems optimistic. On the Sept. 4 episode of SiriusXM's Andy Cohen Live, the Bravo king said, "I will hopefully live in the gratitude of [Bethenny's] third return, because we are much like the mob — you can’t get out. I do hope and think that she will come back sometime.”

When speaking to Entertainment Tonight at the 2019 Emmys, Bethenny responded to Andy's comments about whether or not she would ever return to the show. "You know, I love Andy," she told ET. "I love Bravo. They took out an ad yesterday to congratulate me on everything BStrong is doing, so it's great to have good relationships and I will always be a member of the Bravo family."

She did not say she plans on coming back to the reality show, but she didn't shut it down entirely. And that "I will always be a member of the Bravo family" is something worth clinging to. As any tried-and-true Bravo head knows, it is best to never say never when discussing whether or not a former Real Housewives cast member will step back in her spot on the roster, especially when Bethenny is the former Real Housewives cast member in question.

Sure, Bethenny could have really moved on from RHONY for good this time. If that is the case, at least Queen B fans will have some new Bethenny programming to look forward to. She left the Bravoverse, but she's not leaving the small screen-iverse anytime soon.