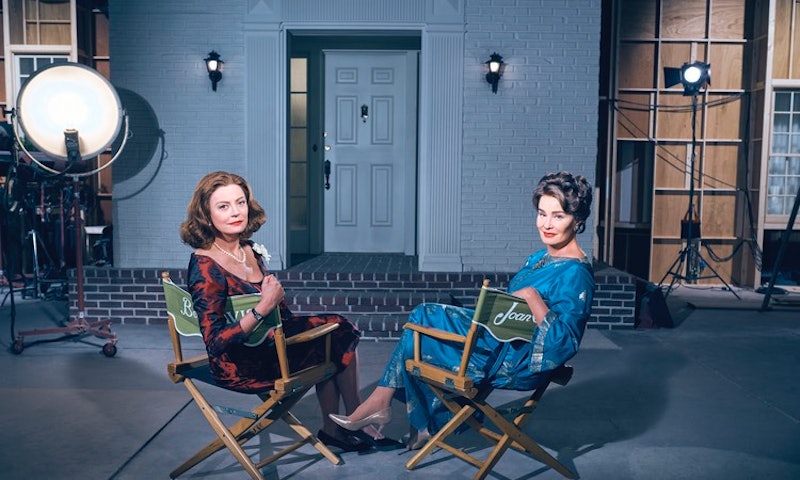 The complex rivalry shared by early Hollywood stars Bette Davis and Joan Crawford is highlighted in FX's series, Feud. And the real-life conflict between the women didn't end after their shared unsuccessful production of Hush...Hush, Sweet Charlotte — in fact, it carried on until Crawford's death. While there was a lot of really terrible goings-on involved in the ladies feud, the final remark was Bette Davis' quote about Joan Crawford's death, which might actually be the cruelest part. According to the LA Times, when Davis received word of Crawford's heart attack and subsequent death in 1977, she allegedly said, "You should never say bad things about the dead, only good… Joan Crawford is dead. Good.” Yikes.

Ouch, Bette Davis. You'd think a celebrity feud would cease to be after the death of one of the rivals, but apparently that's not how things work in the world of some Hollywood stars. In the TV series Feud, the women's now legendary feud was allegedly encouraged and inflamed by director Robert Aldrich and producer Jack Warner on the film What Ever Happened To Baby Jane? The film featured the women playing sibling rivals, and the Hollywood executives thought if the stars were actually feuding, they would give better performances. After production, the two seemed to continue to feud, with Davis claiming that Crawford allegedly crusaded to keep her co-star from winning an Oscar, and finally Crawford dropping out of the movie Hush... Hush, Sweet Charlotte, in which she would star opposite Davis, by claiming she was suffering from an illness.

The old adage "actions speak louder than words" comes to mind here in light of Davis' response to her old rival's death. While it is true that some of Crawford's actions and words were truly hurtful, it feels more than a little unfair that Bette Davis used her opportunity for getting the last word of her own in the matter. It's a shame that these two women couldn't find common ground with each other, because who knows? Perhaps they could've been friends at some point and supported one another.

To get an idea of what would cause Bette Davis to say such a thing about her rival, tune into the last episode of Feud on April 23.