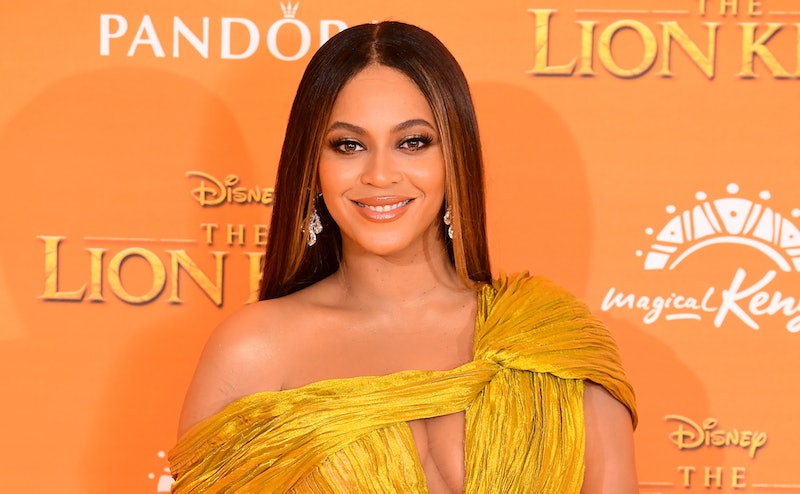 In a new interview for Elle, Beyoncé reflected on how her miscarriages, among other experiences, ultimately changed her priorities as an artist. Accompanied by photographs taken by Lemonade collaborator Melina Matsoukas, the multi-hyphenate star answered questions exclusively from fans in an “Ask Me Anything” type of interview for Elle’s January 2020 cover.

In the profile published on Monday, Beyoncé offered an insightful response to a question about the scarce award recognition for her 2016 album Lemonade and 2019 Netflix documentary Homecoming. When asked if she was “disappointed” by the award snubs, she revealed that “success looks different” to her now in large part due to past pregnancy struggles.

Beyoncé said in the interview,

“I began to search for deeper meaning when life began to teach me lessons I didn’t know I needed… Having miscarriages taught me that I had to mother myself before I could be a mother to someone else. Then I had Blue, and the quest for my purpose became so much deeper. I died and was reborn in my relationship, and the quest for self became even stronger."

She concluded, “Being ‘number one’ was no longer my priority. My true win is creating art and a legacy that will live far beyond me.”

This isn’t the first time the “Formation” singer has gotten candid about her pregnancy troubles. Beyoncé first opened up about her miscarriages in her 2013 HBO documentary Life is But a Dream. She revealed that music became a form of therapy on the heels of the “saddest thing” she’s “ever been through.” She said in the documentary, “I went into the studio and wrote the saddest song I've ever written in my life. And it was actually the first song I wrote for my album. It was the best form of therapy for me.”

Beyoncé and husband Jay-Z — who also references the miscarriage in his 2012 song “Glory” — then welcomed daughter Blue Ivy in January 2012. Five years later, she gave birth to twins Rumi and Sir in June 2017. In her Elle interview, Beyoncé opened up about balancing work and family life.

"Making sure I am present for my kids — dropping Blue off at school, taking Rumi and Sir to their activities, making time for date nights with my husband, and being home in time to have dinner with my family — all while running a company can be challenging," she said. "Juggling all of those roles can be stressful, but I think that’s life for any working mom.”

More like this
The Meaning Of Steve Lacy’s “Bad Habit” Lyrics
By Radhika Menon
9 Photos Of Celebrity Couples & Unexpected Duos At The 2023 Grammys
By Jake Viswanath
What Is Mary J. Blige’s Net Worth? The 9-Time Grammy Winner Is Doing “Just Fine”
By Hugh McIntyre
The History Of Taylor Swift's "All Too Well" & What The Lyrics Actually Mean
By Jake Viswanath
Get Even More From Bustle — Sign Up For The Newsletter
From hair trends to relationship advice, our daily newsletter has everything you need to sound like a person who’s on TikTok, even if you aren’t.