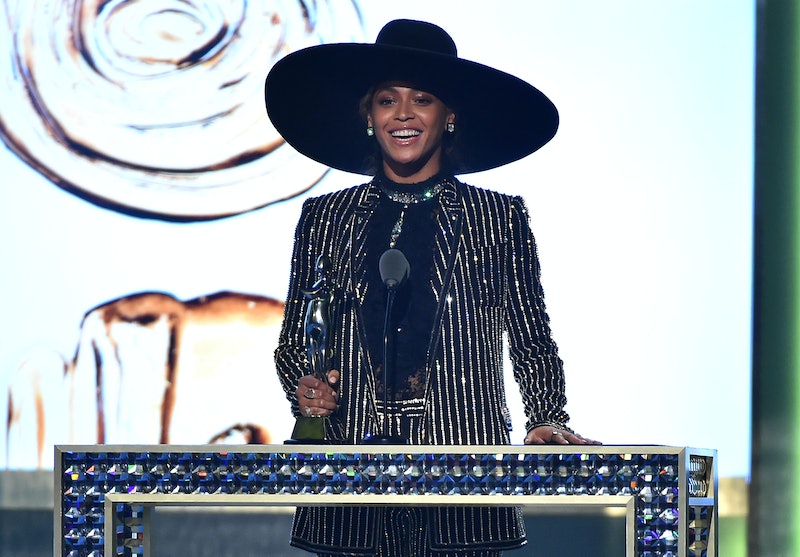 The world got some much-needed good news on Wednesday when Queen Beyoncé Giselle Knowles Carter announced that she is expecting twins. And shortly after the announcement melted our faces off with its perfection, beauty, and joy, the world did what it is wont to do: it took that good news, ran with it, and created some Beyoncé and Star Wars memes. The gist of these memes: An evil empire has come to power, Bey is the queen, the queen is expecting twins, and real-life Star Wars is happening.

Queen Bey is Queen Padmé Amidala? And Queen Bey’s twins are Luke Skywalker and Leia Organa? Holy Millennium Falcon. Do you know what Padmé’s fraternal twins went and did? Oh, nothing too major. They just, ya know, helped take down the Empire. That is all.

And as for Blue Ivy Carter? Oh, she is totally a Mon Mothma. Anyway, onto the memes.

Right There With You, Young Obi-Wan

The Daily Show Gave The Meme A Whirl, Too

Uh, if that was an actual movie poster, I'd purchase one for every room in my home.

May the Force Bey with you.