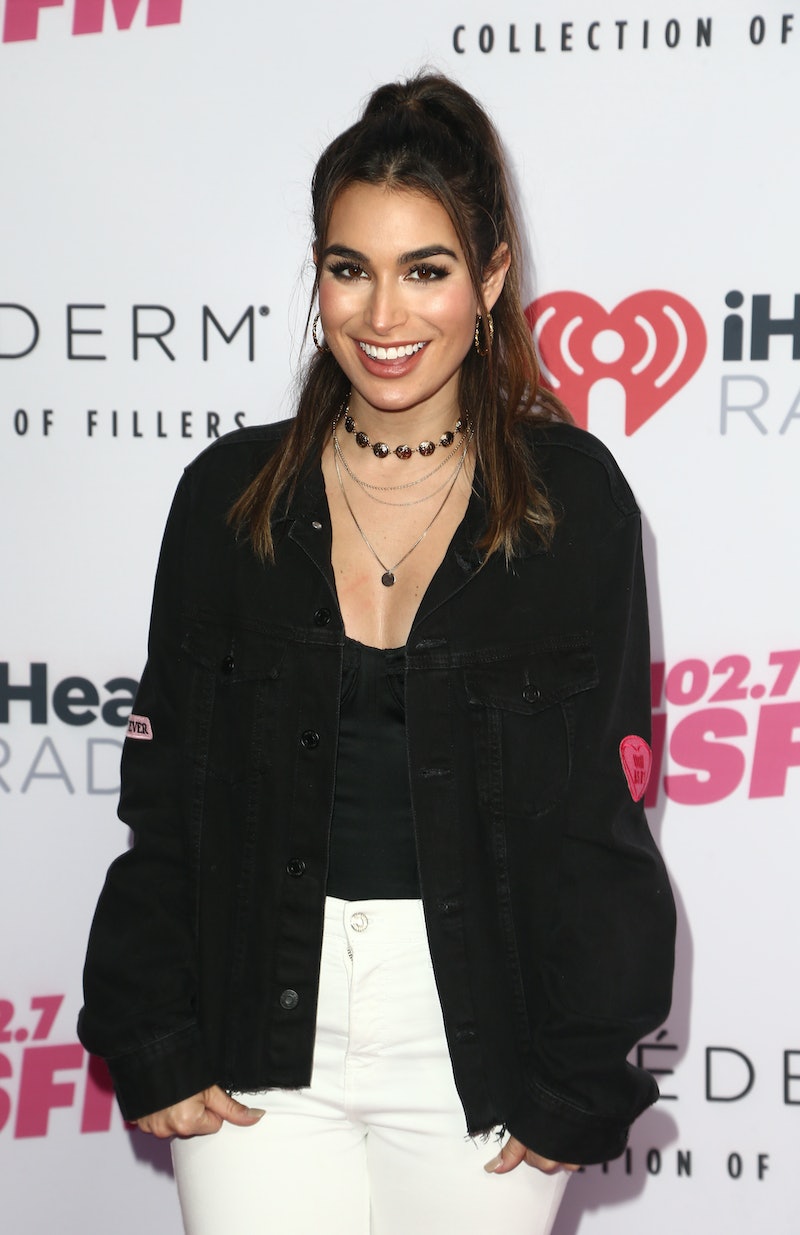 If you're a fan of Bachelor in Paradise, Ashley Iaconetti will certainly be a familiar face. The former contestant made a name for herself for being both a beauty lover, and well, a crier, but there's no tears anymore because she's officially tied the knot. Ashley Iaconetti's wedding dresses were the princess gowns you always imagined this romantic wearing.

On Sunday, Aug. 11, Iaconetti married her fellow Bachelor in Paradise contestant Jared Haibon. If you've been following their love story, you know it's been a long journey for these two, but in a Rhode Island ceremony, the pair finally got married. Of course, with Iaconetti being open about her love and fashion and beauty (she even starred in a Fenty Beauty ad), fans obviously want to see her gowns. Yes, that is gowns plural.

According to People, Iaconetti never thought she'd want to wear more than one dress to her wedding, but that ended up not being the case. In an exclusive with the magazine, the Bachelor star explained that she fell in love with two different dresses. Instead of deciding between the two looks, she chose to wear both. Because why not?

For long time followers of Iaconetti, the dresses won't come as much of a surprise, but they're still stunning.

For the ceremony and part of the reception, Iaconetti wore a perfect princess dress by designer Ines Di Santo. Her strapless ballgown featured a sweetheart necklace and was covered in lace along the bodice that flowed down into the skirt and train.

In an interview with People, the bride explained that the dress was classic and a style she knew she'd never look back on and regret wearing.

As for her reception gown, Iaconetti also chose to go with a ball gown, but this look was much more about minimalism and clean lines. The BiP star's second dress was a Rita Vanieris gown from the designers Alyne collection. The gown retained the same sweetheart neckline from the first dress but featured thin straps. As for the fabric, is was simple satin with no embellishments other than the major volume of the skirt.

Of course, with two The Bachelor and Bachelor in Paradise stars getting married, the big day was full of familiar faces who appeared on the series with the bride and groom.

Former bachelor lead Nick Viall was also there with Bachelor in Paradise's Dean Unglert. The pair were actually two of Haibon's groomsmen.

With friends, family, and of course, Bachelor alums there, Ashley Iaconetti and Jared Haibon tied the knot, and Iaconetti looked every bit the princess that she always said she wanted to be while on the show.

More like this
Behold: The Wildest Fashion Moments of 2022
By Dominique Norman
Olivia Wilde's Best Red Carpet Looks Include Sequins and Plunging Necklines
By Dominique Norman
Kourtney Kardashian Just Wore The Coolest Silver Mesh Set
By Allie Fasanella
Lizzo Is Here To Remind You That Hot Girl Summer Lasts All Year
By Dominique Norman
Get Even More From Bustle — Sign Up For The Newsletter