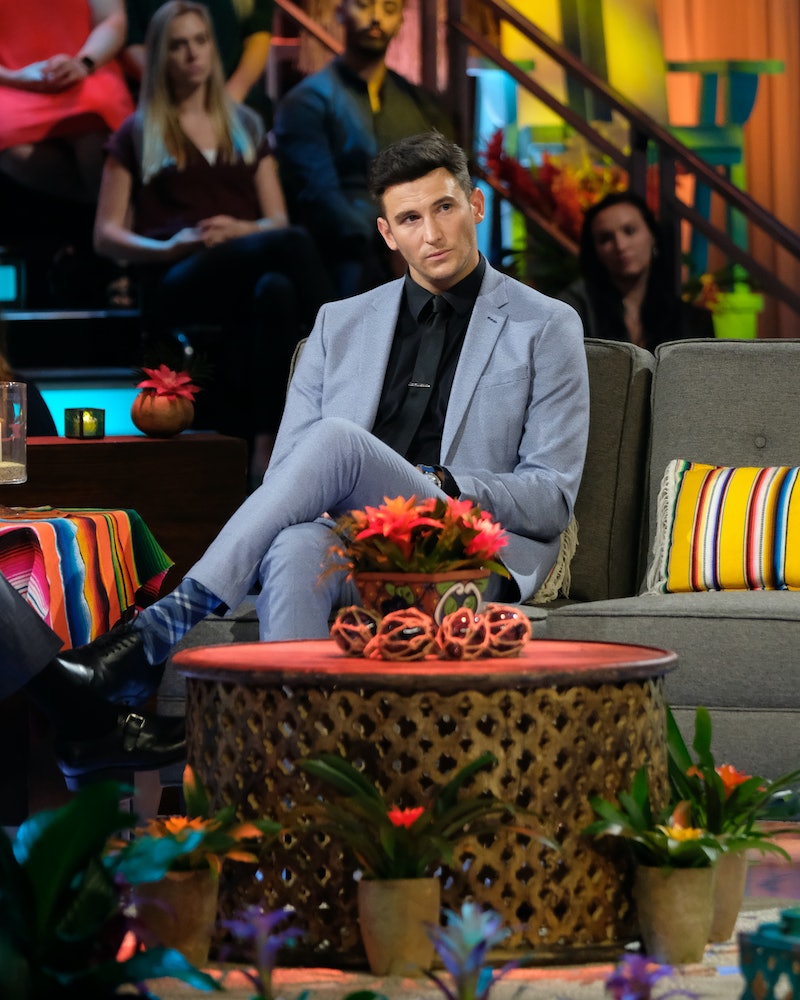 You can take the Blake Hortsman out of Stagecoach, but you can't take the Stagecoach out of Blake Hortsman. Despite all of the drama the popular music festival may have caused him during the sixth season of Bachelor in Paradise, Blake is returning to Stagecoach 2020 this spring and refuses to let the mistakes of his past stand in the way of getting his groove on — to the music, of course, and nothing more.

The Paradise alum came under fire last summer after it was revealed that he had hooked up with two of his fellow BiP members, Caelynn Miller-Keyes and Kristina Schulman, on back-to-back evenings. The drama between the three of them only continued to spiral throughout the rest of the season and left Blake on the outs among fans and his fellow Paradise comrades. Yet now it seems the 30-year-old is ready to leave those memories in the past and plans on learning from his previous mistakes while attending Stagecoach this year.

“I am definitely still going,” he recently told DailyMail.com. “I’m not going to let people shame me into not going to a music festival," while adding that, “I’ll be a little more careful, but I’m really looking forward to it.”

Make no mistake, though, Blake definitely intends on having a good time and even plans on seeing a few familiar faces along the way. “I was talking to Kristina and she’s going to be there and we’re going to hang out,” he told the outlet. “It’s totally fine. We’re all friends.” And when asked if he anticipated any awkwardness among any fellow Stagecoach goers, he replied, “No, absolutely not at all.”

But while Blake may be game for another go-around at Stagecoach, the same can't be said for Bachelor in Paradise. It seems the former contestant has no intention of returning to the sunny beaches of Mexico when the series returns this summer. “I’m not going to go to Paradise [or doing] anything like that this summer,” he insisted.

It's understandable that Blake would be hesitant to return to the reality dating series, especially after all the backlash he received. But his parting Instagram message about the experience indicated that, though he might be leaving the show behind, he was grateful for the things he had learned and wished everyone nothing but the best.

"To say paradise was rough for me is an understatement. I have no one to blame but myself for that," Blake wrote in his post-Paradise message to fans. "No matter the differences all of us had on that beach, I will always have respect for each and every one of you, being brave enough to be yourselves and chase the love we all feel we deserve."

Blake was unable to find such love in Paradise, but perhaps Stagecoach 2020 will produce more, um, fruitful results.