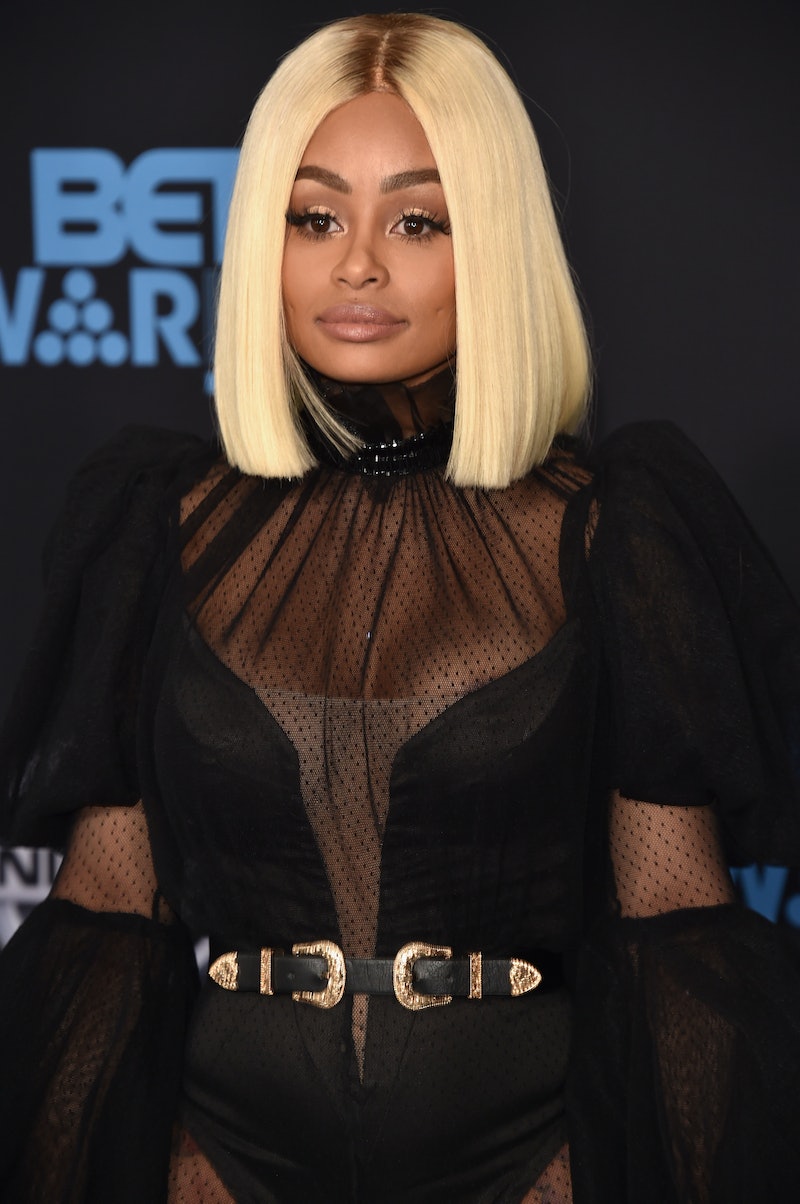 The situation involving the former stars of Rob & Chyna continues to unfold. On Monday, E! News reported that Blac Chyna was granted a temporary restraining order against her ex-fiancé Rob Kardashian. Per the outlet, Chyna and her lawyer, Lisa Bloom, filed the restraining order request Monday at a Los Angeles court. E! News reports Kardashian did not make an appearance, but his attorneys, Robert Shapiro and Sam Klein, attended on their client's behalf. Bustle has reached out to Kardashian and Chyna's lawyers for comment, but did not receive a response at the time of publication.

E! News reports that Chyna’s court documents requested Kardashian be ordered to stay 100 yards away from her at all times and that she claimed in the legal papers, "Rob has been violent with me in the past and I am afraid to be around him." Bustle previously reached out to reps for Kardashian and Chyna involving the allegations they made about each other, but did not receive a response.

According to People, Shapiro spoke to press after the temporary restraining order was granted and said, “Now we move forward to do one thing and one thing only — whatever is in the best interest of the child.” People reports that this restraining order does not affect the exes’ custody arrangement involving their 8-month-old daughter, Dream Kardashian.

BuzzFeed News reported that Kardashian is prohibited from posting pictures of Chyna, their daughter, or Chyna’s son, Cairo, until a hearing is held on Aug. 8. Regarding the judge’s decision, Chyna said outside of the courthouse Monday, "I would like to first and foremost thank the judge for granting me this restraining order, for protecting me, and I am just going to get back to co-parenting.”

During a Monday interview with Good Morning America alongside her lawyer, the 29-year-old model shared why she is taking legal action against Kardashian in response to the reality star posting nude photos of her on social media, in addition to making numerous allegations against her.

"I've talked to Rob, you know, about everything. I've talked to him," Chyna claimed to GMA. "The moral of the story is, like, he doesn't respect me, so if you can't respect me, you have to respect the law." As for the nude images, she said, “I was devastated, of course. I'm like, 'How could somebody, like, post these pictures of me?' And I'm like, wow, OK, like, this is a person that I trusted. I just felt betrayed.”

Chyna said in the interview that she is hoping her situation will help other women going through something similar. “It's just not right, it's not fair, and I feel like women should take up for themselves," she said. "I would like to just say something to all the women out there. You know, you're not the only one that's probably going through something. So I feel as though if one person speaks up, maybe it, hopefully, it will be a domino effect.”

Kardashian's lawyer spoke to TMZ Monday and said that his client would not contest Chyna’s request for a restraining order. Shapiro also told TMZ that Kardashian’s actions were "a spontaneous reaction that he regrets” and that “Rob's only concern is for the well-being of baby Dream."