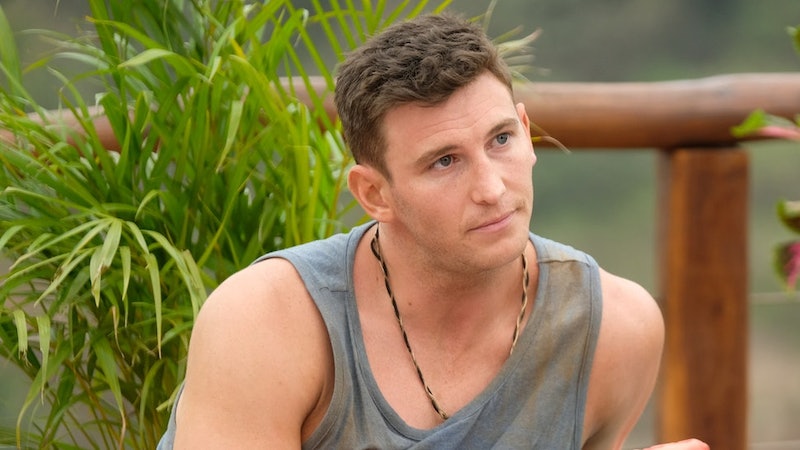 After releasing and then deleting private text messages between himself and Caelynn from the weekend of Stagecoach, Blake apologized to Caelynn on the Bachelor in Paradise finale, and it didn't go over as well as it could have. Chris Harrison mediated a heavy conversation between them that started with Blake explaining the origins of their relationship and ended with both of them backstage in tears, their dialogue subtitled through sobs.

Throughout the entire BiP season, there was confusion around what was true about Caelynn and Blake’s past and what wasn’t. According to Blake, he and Caelynn talked from January to March. They liked each other, but weren't an exclusive couple. After they hooked up at Stagecoach in April, they decided not to make a big deal of it in Paradise unless they were asked about it. “We had chatted before and everything was fine," Blake told Harrison, referring to their text conversations.

Up until that point, Caelynn had remained quiet during Blake's backstory, but when he mentioned the texts, she immediately jumped to her own defense. She said that he was referencing "perfectly selected text messages that make you look good and me look bad," referring to Blake and herself, respectively. Blake said that upon releasing their private texts, he knew she would be criticized for "embellishing the truth," but he had no clue the negativity would reach the lengths it did and that Caelynn would get attacked "for having sex" by people on social media. That's ultimately when, according to Blake, he decided to take the screenshots down.

At that point, Caelynn became visibly upset and said that Blake called her moments before uploading them. "You called me right before you posted those," she said. “You’re whole point in this, this was premeditated ... you’ve discredited me in every aspect of my life." That's when other, clearly offended members of the cast began to chime in, including Caelynn's boyfriend Dean.

Dean said he also received a message from Blake moments before the texts dropped. According to Dean, Blake said at the time, "'I know she’s gonna catch a lot of heat for this, but I'm gonna go ahead and do it for myself.” Blake remained defensive. “I felt like I had to defend myself. I had no idea she was saying those things,” he said, referring to Caelynn saying Blake sweet-talked her into bed with him and then silenced her afterward. "Those are not light accusations," he said.

Blake tried to claim validity in his choice by saying it ultimately exposed the fact that Caelynn made mistakes, too. “But no one would know she made any mistakes had I not done what I did," he said. Still, neither Caelynn nor the rest of the cast saw his reasoning as a good enough excuse to justify his actions. “I would never stoop so low to air those text messages," Caelynn said. “Were you slut shaming me?"

Then Jordan chimed in, as he does, and told Blake to just apologize and end things on a positive note. Blake was obviously struggling with the whole situation. "Just say sorry dude," Derek echoed. And finally, he did, even though it didn't seem genuine. He said:

He went on to apologize to the cast as a whole for his actions that affected their time in Paradise. "That’s not what I wanted to happen," he said.

Chris gave Caelynn an opportunity to have the last word. She said she had nothing else to say and that was that. It won't be the last fans hear of their drama for sure, given how active they are on social media. But that seems to be the end of it for now.