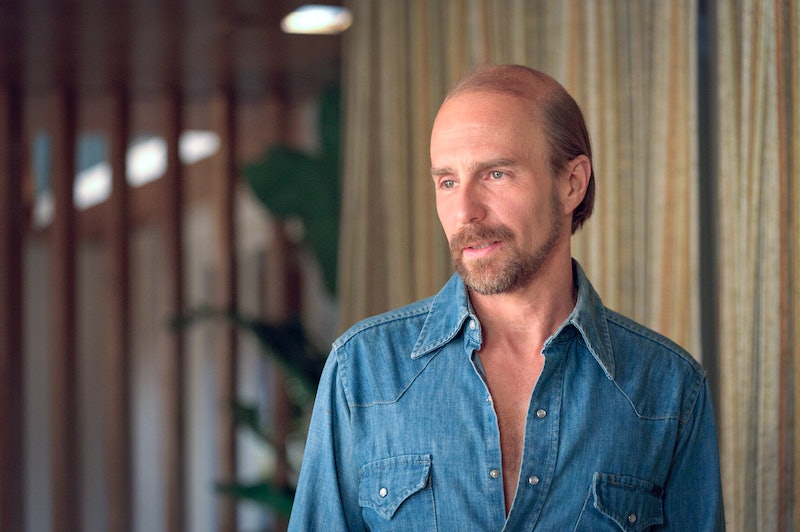 Even if you aren't a musical theater buff, nearly everyone knows Bob Fosse is a renowned choreographer. Yet, his career directing films hasn't always been as big a part of his legacy. As Fosse/Verdon showed, Fosse directed Lenny with Dustin Hoffman based on the life of comedian Lenny Bruce. Fosse won Best Director at the Oscars for 1972's Cabaret, so the pressure was on for his follow-up feature film. However, he had recently entered a mental health rehabilitation center before beginning work on Lenny, so his family, friends, and lovers were concerned for him as can be seen in the Fosse/Verdon episode, "Where Am I Going?"

And the backstory of the making of Lenny shows that Fosse's behavior on set made for a tense atmosphere.

Modern audiences have been given an interpretation of Bruce in The Marvelous Mrs. Maisel through Luke Kirby's performance. But decades earlier, Dustin Hoffman starred in Fosse's 1974 movie about the controversial stand-up comedian from the '50s and '60s. Before Lenny, Hoffman was already a star due to movies like The Graduate, Midnight Cowboy, and Papillon. But he told Tim Cahill of Rolling Stone at the time of filming that playing Bruce was his most challenging role so far. "I never played anyone who lived before. Someone who died only eight years ago," Hoffman said, referencing Bruce's death by a morphine overdose in 1966.

But it wasn't just telling a real story that was trying. Hoffman and others on set took issue with Fosse's perfectionist tendencies and multitude of takes, according to a Rolling Stone published at the time. "The guy is overrated and he knows it," a crew member told the publication about Fosse during the shoot. "He knows the critics will be gunning for him, so he's trying to cover his ass. He's already shot 750,000 feet of film. He'll do a master shot and 30 different angles with 30 different takes per angle. He wants it all. And he's hard on the actors and the people behind the camera. It's like he's always saying, 'I don't think you have it. I think you're sh*t. Show me what you can do, but I don't expect much.'"

Based on the characterization of Fosse in Fosse/Verdon, this doesn't seem that off-base. And while Hoffman himself appeared to display some inappropriate behavior on set too based on Cahill's report, the crew seemed to take most issue with Fosse. Cahill called this disgruntled feeling the "Fosse Bitch." One story that came up was Fosse's treatment of Valerie Perrine, who portrayed Bruce's wife Honey. For one emotional scene, Fosse asked Perrine to channel how she felt when a man she loved in real life had tragically died. Perrine didn't take offense, but the crew noted that Fosse was too harsh on the actress.

In the end, Lenny did receive some critical acclaim. The movie was nominated for six Academy Awards, including Best Actress for Perrine, Best Actor for Hoffman, Best Director for Fosse, and Best Picture. But unlike two years earlier when Fosse won Best Director, beating out Francis Ford Coppola for The Godfather, Fosse lost to Coppola in 1975 for The Godfather Part II.

At a screening of the film, Hoffman told Cahill with a smile that the best part of filming Lenny was, "The fact that it's over. ... it was a very hard film to do. There was a tremendous amount of hours put into it. I mean it was depressing. A bummer." But in a 1984 Rolling Stone feature on Fosse, Hoffman recognized the merits of the way that Fosse worked. "He had me do this routine where Lenny is talking lickety-split. Take after take, he said: 'Faster. Faster.' I said nobody talks like this. I got very angry at him. It was like 20 takes," Hoffman said.

"He'd break you down after a series of takes so you didn't know which end was up and he'd get what he wanted. And he was absolutely right. He wants you to do your best. He's an obsessed leprechaun; I think he is always sitting on your shoulder, whispering in your ear."

As Fosse/Verdon viewers know, the way Fosse pushed himself in his work led to drug use and health issues. After Lenny, he would only direct two more feature films — All That Jazz and Star 80. So Lenny marks the beginning of the end of Fosse's movie career. And while Fosse's difficult personality put pressure on the people he worked with and himself, his artistic vision is still revered today.

More like this
Paul Mescal, Man Of Mystery
By Samantha Leach and Heather Hazzan
Here’s Everything Coming To & Leaving Netflix In October
By Jake Viswanath
Everything To Know About The Long-Awaited ‘Community’ Movie
By Stephanie Topacio Long
Gabby Petito’s Family Responded To The New Lifetime Movie About Her Final Days
By Grace Wehniainen
Get Even More From Bustle — Sign Up For The Newsletter