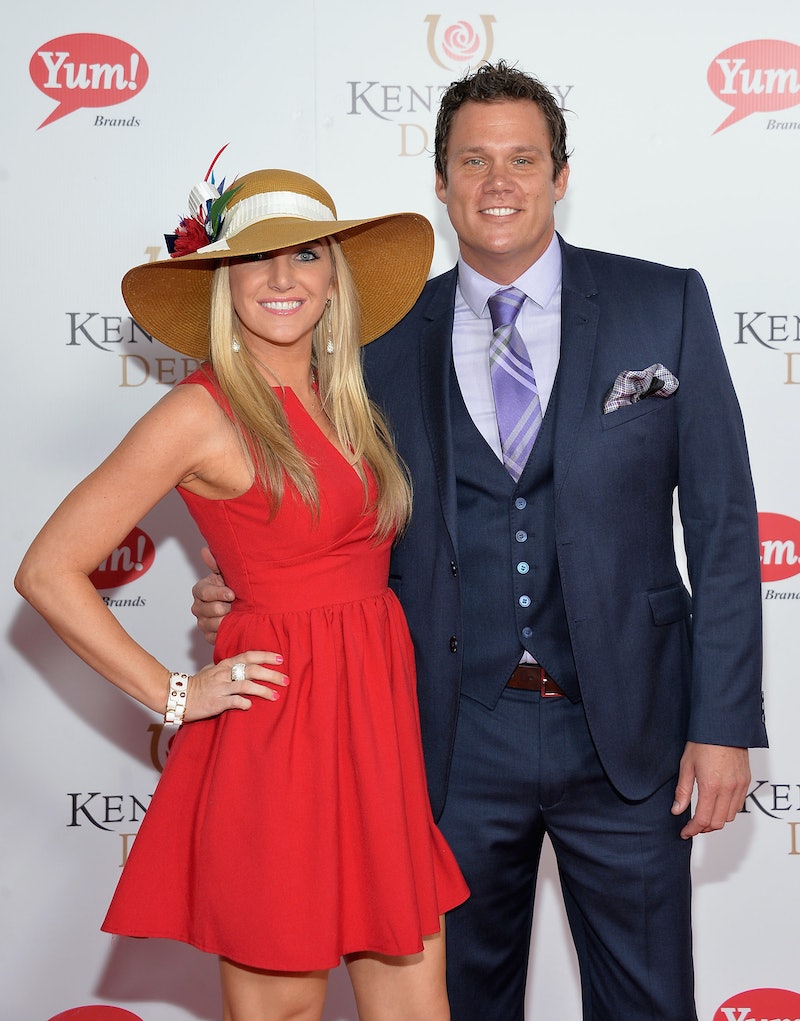 As if the Jared Haibon and Ashley Iaconetti engagement was not enough Bachelor excitement for one day, this Monday has yet another big Bachelor Nation update up its sleeve. As was revealed on the Monday, June 18 episode of TODAY, The Bachelor alum Bob Guiney and Jessica Canyon are expecting their first child. At the end of a segment called “Guys Tell All,” Hoda Kotb and Jenna Bush Hager teed Guiney up for his announcement. Guiney knocked the announcement out of the park. He said,

“When we were in the break, we were talking about having kids, and we found out we’re pregnant. And we found out yesterday — on my very first Father’s Day — it’s a boy.”

Kotb and Hager told the viewers at home they asked Guiney during the morning show's commerical break if he and Canyon planned on having kids, and he said he did not know. Oh, Guiney. You sly guy, you. A few minutes after he shrugged at the baby question, the Bachelor Nation legend announced on live television that he is going to be a dad.

Guiney and Canyon also broke the news on Instagram with some announcement photos. Guiney wrote in the caption,

“It’s official!!! @jescanyon and I are SO excited to announce to our friends and family that were expecting!! #phoebethewonderdog is all fired up!! #thankful #happy #family.”

Canyon paired her own announcement post with a succinct and hilarious caption: “Yep. We’re goin for it!”

As one of the pics that went up on The TODAY Show noted, Canyon is due to give birth before the end of the year. In a statement to People, Guiney said,

"We’re due in December. We’re so excited! We’ve been keeping it a secret for quite a while and we couldn’t wait to share it with everyone. We’re feeling so lucky and very thankful!”

Oh, and Guiney got married shortly after his season aired. According to Entertainment Weekly, Guiney met All My Children actor Rebecca Budig when she hosted a Bachelor recap episode. Guiney and Budig walked down the aisle in 2004, and filed for divorce in 2010.

Guiney and Canyon, on the other hand, did not meet on The Bachelor, The Bachelorette, or a The Bachelor recap special. According to Brides, they were introduced by a mutual friend in 2012. Guiney and Canyon got engaged in 2015 and tied the knot in 2016. And now they're expecting their first child together.

There has been a great deal of happy baby news over in Bachelor Nation this year. In February, Bachelor In Paradise couple Carly Waddell and Evan Bass welcomed a baby. In May, Catherine Giudici gave birth to her second child with Sean Lowe. Earlier this month, Kelly Travis from Juan Pablo Galavis' season of The Bachelor and her husband, Hunter Hamm, welcomed their first child. Jade Roper and Tanner Tolbert told People back in April that they’re "kind of low-key trying for another baby." (OK fine, that comment is not the same as a pregnancy announcement or a birth announcement. But hey, it's nice.)

And as TODAY's audience learned on Monday morning, we've got another one to add to the list: Guiney and Canyon's party of two is about to become a family of three. A huge congrats to Guiney and Canyon.