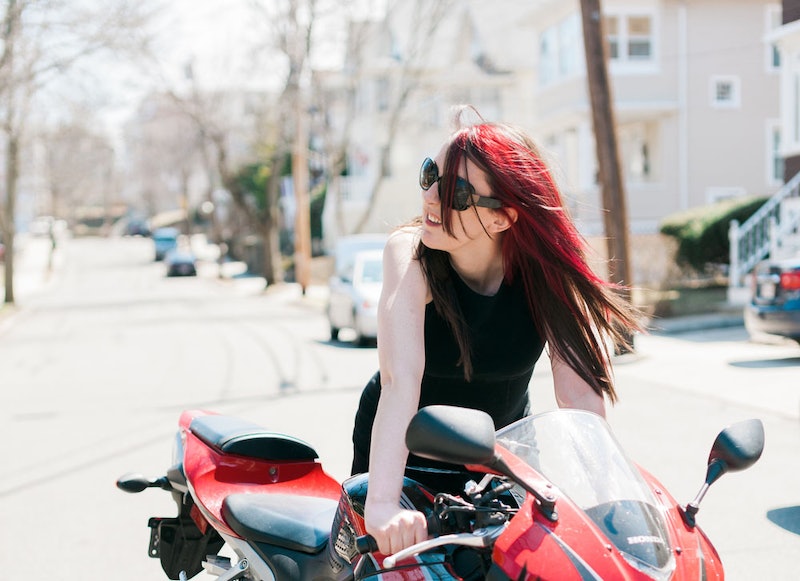 If you haven't heard the name Brianna Wu before, that might change very soon. That's because Wu is running for Congress in Massachusetts, making the jump from the world of tech to the political sphere. First publicly known as an independent video game developer, and subsequently as one of the foremost targets of the "Gamergate" controversy which embroiled video game fandom beginning in 2014, Wu is now taking a leave of absence from her career in games to enter party politics.

Wu supported Democratic presidential nominee Hillary Clinton in the 2016 election, and has made no secret of her fears regarding the coming Donald Trump presidency. She's far from the only woman making her first foray into politics, though. Many women throughout the country have recently decided to venture into the political world after watching someone who could've been America's first woman president get upended by Trump, of all people.

"I dealt with truly horrifying attacks during Gamergate — and I worry that running for office will put me right back into extreme daily abuse," Wu tells Bustle. "But I can’t sit back and do nothing. I don’t think I’d be able to sleep at night if I were making games while the Trump administration was tearing apart everything I hold dear."

Wu ― who has written for Bustle in the past, documenting her harrowing experiences with Gamergate and expressing her support for Clinton's speech confronting the so-called "alt-right," among others ― released her first campaign ad this week. This is her first time seeking elected office.

"My campaign isn’t just about me."

She is planning to run for the U.S. House of Representatives in Massachusetts' 8th Congressional District. That seat is currently occupied by Rep. Stephen Lynch, a Democrat who's been serving in the House since 2001.

Wu decided to challenge Lynch rather than challenge Democratic Rep. Katherine Clark, who represents the state's 5th congressional district. Wu made it clear that this was a conscious decision, telling the Boston Globe in December that "we need more Katherine Clarks in Congress, not fewer." In particular, Wu is a supporter of Clark's anti-doxing and anti-swatting proposals, issues she became grimly familiar with as a high-profile target of harassment and death threats during the Gamergate movement.

Wu calls what the Trump administration will mean for women "truly terrifying," particularly relating to Planned Parenthood and Obamacare. The Republican-led Congress already has Planned Parenthood's federal funding on the chopping block, and is moving toward a full repeal of Obamacare, which could cost millions of people their health insurance.

She is currently accepting donations for her 2018 run, and says she hopes to raise enough money to run a campaign "completely free of special interests" ― she identifies an early target figure of $1.2 million, the same amount her primary opponent raised from 2015 to 2016. A vocal advocate for women's representation in tech and politics alike, she also tells Bustle she wants her campaign to encourage women to run for office at all levels of government.

"My campaign isn’t just about me," she says. "We’re going to encourage women all across the country to run at every level — state, federal and municipal. And if you can’t run, I hope you’ll support women that do. ... The truth is, politicians are happy to take the votes of women, but we’re not really a priority for them. Women’s rights are a bonus, something they get around to if there’s time. Until we get women in congress this is not going to change."

If Wu were to win a primary against Lynch, she would almost certainly emerge as the representative from Massachusetts' 8th congressional district. The Commonwealth state is a well-known haven for Democrats, and the 8th district has not been represented by a Republican since 1955.