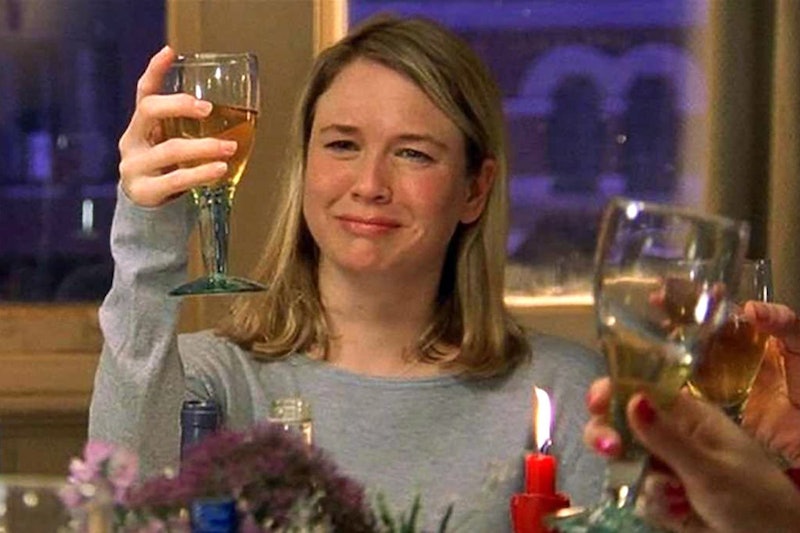 She’s the noughties icon known for swearing, drinking and wearing really big pants. But nearly 20 years after we first met Renée Zellweger’s Bridget Jones, it seems the world still can’t get enough of her, as Bridget was named the nation’s most inspiring film heroine.

Ahead of International Women’s Day on Sunday March 8th, Sky Cinema polled 2000 British women to figure out which film characters they found the most inspiring. Eighty percent of the women surveyed said that relatability was the biggest factor in making the characters their heroes, which is something our Bridget has in spades.

First appearing on our screens in Bridget Jones’s Diary, based on Helen Fielding’s novel of the same name, the rom-com hero has captivated new generations of women for nearly 20 years with her self-deprecating humour, honesty about the struggles of being single and really great ugly Christmas jumpers.

Luckily, Zellweger is just as much of a fan of Bridget as we are, telling Red: “I don't think Bridget ever really leaves. She's always there, particularly if I have a live television event or red carpet. And I love her — she makes me laugh. I mean, she's always a delight."

Seeing strong women like these on the big screen can make a big difference for female filmgoers. Fifty-six percent of women surveyed said that they felt a sense of empowerment watching impressive women lead in films while also being encouraged to follow their examples in real life. Twenty percent said they were inspired to speak their mind more, which is a good motto to take away every time you watch Hermione say: “It’s leviosa, not leviosaaaa.”

Other fictional women in the top 10 included Disney faves Mary Poppins, Mulan and Belle from Beauty and the Beast. Both Matilda and Miss Honey from Matilda also made the cut, along with Princess Leia from Star Wars. Dream dinner party guest list or what?

More like this
Everything To Know About The 'Daisy Jones & The Six' TV Series
By Maxine Harrison and Brad Witter
Rita Ora Finally Opened Up About Marrying Taika Waititi & Their "Perfect" Wedding
By Sophie McEvoy and Catharina Cheung
Jemima Khan Used Her Own Life As Inspo For 'What’s Love Got To Do With It?'
By Darshita Goyal
Gerard Butler Insisted On Adding This Pivotal Scene To 'Plane'
By Catharina Cheung
Get The Very Best Of Bustle/UK
Sign up for Bustle UK's twice-weekly newsletter, featuring the latest must-watch TV, moving personal stories, and expert advice on the hottest viral buys.