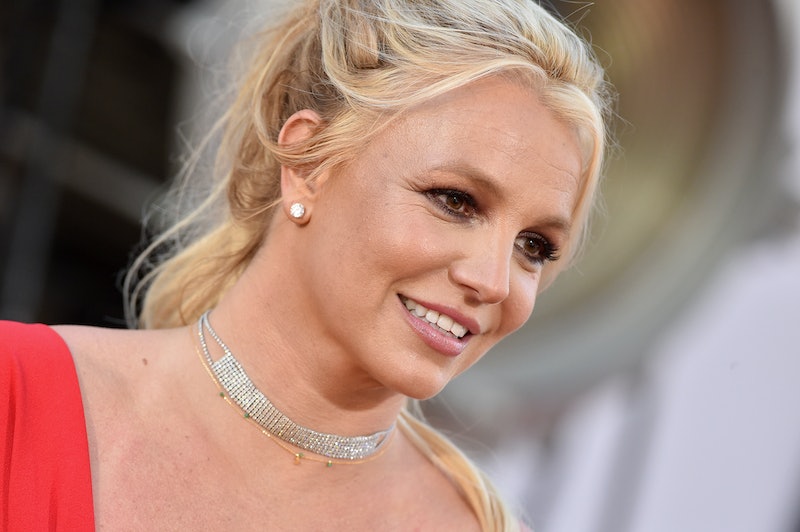 As an unofficial messenger for the holiday spirit itself, Britney Spears asked fans to spread positivity on Instagram by channeling their cheer and ditching negativity this season. The pop star has been through some of her most difficult times lately, which is why she may be asking for extra joyful, positive vibes. "Happy holidays friends!!!! I love sharing with you all ... but it’s been hard to keep wanting to share because people say the meanest things," she captioned a video. "If you don’t like a post ... just keep it to yourself and unfollow that person!!!"

In the video, she shares a snapshot of her beautifully decorated, dazzling Christmas tree and spends the rest of the time dancing and posing in front of the camera to the tune of Michael Bublé's "Santa Claus Is Coming To Town."

The pleading caption continued. "There’s no reason to ever go out of your way to make mean comments and bully people," she wrote, with three crying emojis. "Stay happy and nice this holiday season y’all and God Bless!!!!!"

The comments section was a mixed bag of confusion, hate (unfortunately), and support. Her boyfriend Sam Asghari tried to put the haters in their places. "It’s so easy to cyber attack and hide behind their phones and write mean comments," he wrote. "But when they run into you in real life all of the sudden they act like they have been such a huge fan and want a picture #haterplease." Her sister, Jamie Lynn Spears, commented three red heart emojis, and former Bachelorette Kaitlyn Bristowe commented, "Amen queen."

After enduring the stress of her father's life-threatening colon rupture and cancelling her Domination Las Vegas residency, a source recently told People that Spears is doing well. “Britney is good. She sees Sam as much as she can, but he also has his career,” the source said. “Britney is very supportive of it. It seems she doesn’t really think about her own career though. She doesn’t talk about a new album, or about performing.”

After cancelling her residency she announced that she would be taking an "indefinite work hiatus," per The New York Times, which seems to be in full effect. She is, however, promoting The Britney Spears Experience which, according to its site, is a "one-of-a-kind exhibit' that walks fans through Spears' iconic career. The exhibit will open at The Zone in Los Angeles on Jan. 31.

More like this
Britney Spears Shared The Real Reason She Shut Down Her Instagram Account
By Brad Witter
Britney Spears Shares & Deletes Photos Of Justin Timberlake From 22 Years Ago
By Jake Viswanath
Jameela Jamil Defends Sam Smith After Trolls Body-Shamed Them
By Jake Viswanath
Twitter Is In Awe Of Taylor Swift’s “Lavender Haze” Music Video
By Jake Viswanath
Get Even More From Bustle — Sign Up For The Newsletter
From hair trends to relationship advice, our daily newsletter has everything you need to sound like a person who’s on TikTok, even if you aren’t.