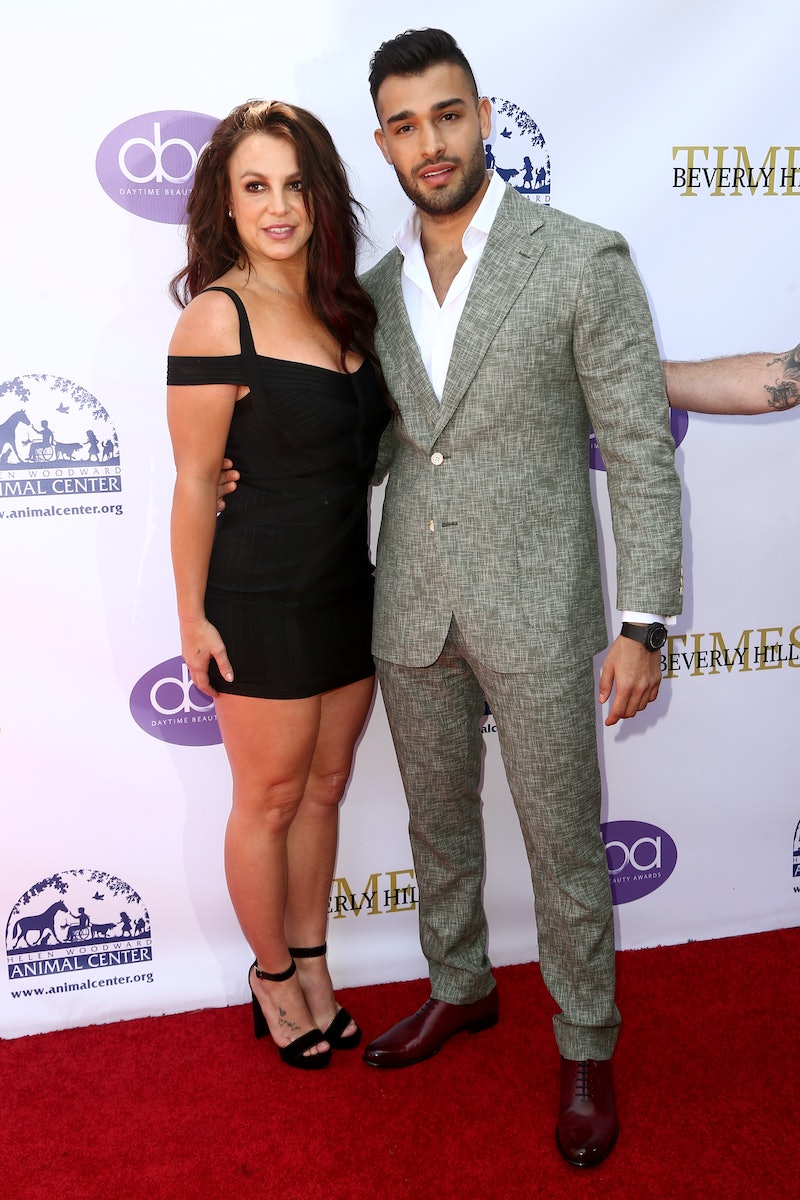 Get ready, Britney Spears fans. It's time to go back to heyday of the early aughts because Spears' blonde hair is back. The recently brunette singer has ditched those darker locks and returned to the classic look that most everyone knows and love.

Just in case you missed the news, Britney Spears went brunette at the beginning of September. The "Oops, I Did It Again" singer posted a slideshow of photos showcasing her new dark locks to her Instagram account and explained that she'd been inspired by her little sister, Jamie Lynn Spears.. Turns out, though, brunette just isn't for Spears.

According to Allure, Spears uploaded a video of herself with her famous blonde hair back in its rightful place and every trace of brown gone. In her caption, the singer even seems to admit that blonde is just better for her writing, "So maybe blondes do have more fun," alongside four winking emojis.

While some people admitted to missing her old brunette hair, nearly all of the comments contained compliments for Spears. Fans agreed with the singer's sentiments about blondes having more fun while others asked her not to go brunette again. One user even added that normalcy had been restored now that the singer was blonde once more.

Of course, Spears isn't the only star who has transitioned between hair colors in the blink of an eye in recent weeks. Moving between brunette and blonde or blonde and brunette seems to be Hollywood's newest hair trend.

Just over a week ago, Ashley Benson did a reverse Spears and surprised fans by posting a photo of herself with new brunette hair marking a major change for this typical blonde. She wasn't alone. Back in September, fellow well-known blonde Katherine Heigl also went dark on Instagram. Unlike Benson, though, her hair color transition was for a role.

But Spears isn't alone in moving back to blonde either. Singer Dua Lipa caught the blonde bug at the beginning of October, switching up her well-known black bob for the new hue. A few months prior, Miley Cyrus decided to take her blonde hair to new heights by going full-on platinum.

With Spears' blonde hair back, she may have just solidified that major transitions from brunette to blonde and blonde to brunette are the new trend. After all, everyone loves a dramatic hair change.