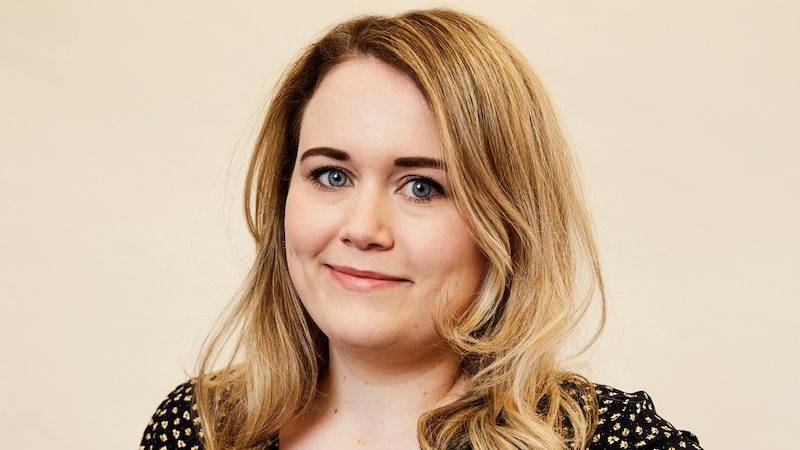 For my 21st birthday, a group of my eight best friends from Birmingham joined me at my university for a night out. I don’t remember much of the actual night, but two vignettes remain inked in my mind. The first was the face of my Oxford BFF, who grew up in London, as she studied my friends with a David Attenborough-like curiosity while they stood naked “smearing a brown substance all over their bodies.” The second was when we arrived at The Queen's College beer cellar a few hours later, in a cloud of hairspray, fake-tan, and body-con bandage dresses (2009, you were not kind). The room went silent. There were snickers. Luckily, my friends found this more amusing than distressing.

Two years later, I took up an internship at Vanity Fair, where I would go on to work for the better part of seven years. I was at my desk when I heard the fashion associate chatting to a colleague. “Have you seen in Birmingham how they like, smear this fake-tan all over their bodies when they go out?” She was dis-gus-ted.

As my career in magazines progressed, I learned that my roommate's and colleague's disdain was in many ways representative of the perception of "regional" girls in London. Their reactions also exposed just how much people use beauty, specifically, as a means to place, and ultimately, judge people. Without putting too fine a point on it, it really pissed me off.

When we were strategising about the launch of Bustle UK in early 2018, there was one thing I was adamant about: I wanted the site to focus on celebrating women and non-binary people from all over the UK, telling their stories not only without judgement, but with pride. That is the driving force behind Bustle UK's first digital package, The Great British Beauty Issue. We are done with the narratives forced on us about who we are; these are the the stories we choose to tell about ourselves.

The individuals who make up The Great British Beauty Issue serve as a manifesto for self-acceptance and finding joy in one's authentic self.

So where to begin when you've got a whole country to consider? Well, we couldn't do a beauty issue without visiting Liverpool, which in many ways has become representative of the internationally exported version of British glamour. BBC Radio 5 live presenter Jessie Aru Phillips explains what the city means to her and why it's essentially the LA of the UK, although the people of Essex might have something to say about that. For model and social activist Munroe Bergdorf, who grew up in the county, makeup was "a tool for mental and physical survival" during her transition. In her essay for The Great British Beauty Issue, she explains why she leans towards beauty brands that make her "feel empowered in who I am, rather than ones who sell me a dream of 'who I could be.'"

It's a similar spirit which drives influencer and all-round Geordie lass Jessica Millichamp, who has built a 32k-strong following under @jessontheplussize by sharing, in her words, the "day-to-day realness of a 30-year-old fat woman." In her essay, she explains the importance of using products she likes, not "needs." Making our way down the Pennines, Melody Redman, a junior doctor based in Yorkshire, serves some home truths about what beauty means when you're treating life-threatening health conditions, while basketball player and spoken-word poet Asma Elbadawi talks feminine and masculine identity and finding comfort in her own particular configuration of the two. Beauty influencer Tess Daly, from Sheffield, explains what it feels like to be a role model for people with disabilities, especially when she had so few growing up.

In Wales, we spoke to the brilliant sister duo Sophie and Hannah Pycroft behind Spectrum Collections, who launched their multi-million pound brand from their garage on Barry Island. "In the media, Welsh girls are often portrayed as thick," they explain, but woe betide anyone who makes that mistake with them. Finally, finishing up in London, Tanya Compas explains why she's decided to "exist loudly" as a black, queer woman, and Iranian-born Katy Jalili, who explains the value of practising beauty as self-care in a city "full of conventionally beautiful people." The individuals who make up The Great British Beauty Issue serve as a manifesto for self-acceptance and finding joy in one's authentic self. I hope you find reading their stories every bit as energising and inspiring as I have.