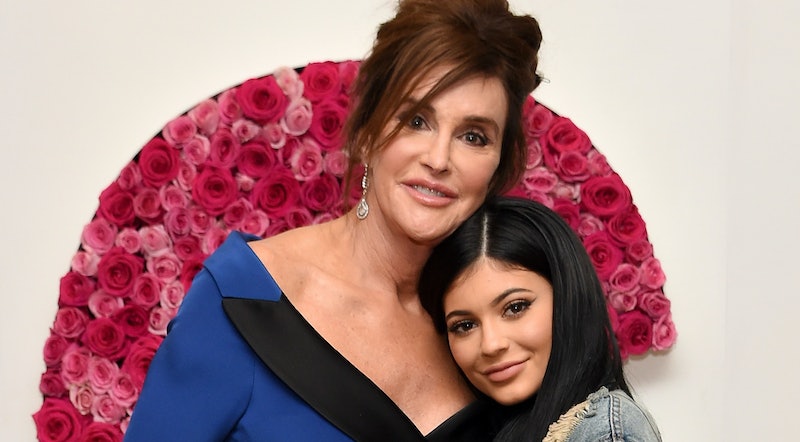 Anyone else considering moving to LA and getting into security? The reveal was made on, you guessed it, I'm A Celeb and left fellow campmates and viewers in awe. According to the Daily Mail Caitlyn spoke about the levels of expenditure that her daughter faces in order to make sure she feels safe at all times. She told her fellow campmates:

"I bet you Kylie will spend anywhere between $300-$400,000 dollars a month on security, everywhere she goes. It's a big operation."

Kylie's security might seem like a heck of a lot of dough but in fairness, she is just about one of the biggest names in showbiz today. As the Daily Mail reports, Caitlyn also rightly pointed out that in a way her family are showbiz royalty, while wondering if her maj watches Keeping Up With The Kardashians. She said:

Spending such a wedge on security is probably manageable for Kylie, considering that the combination of her reality TV, social media, and beauty empire has made the 22-year-old a billionaire.

Caitlyn also spoke about how important social media has been in carving out her daughters' careers, with both Kylie and Kendall leveraging it to raise their profile and promote themselves and their products. Fellow campmate Ian Wright spoke about it in the Bush Telegraph:

"You have to take your hat off to her girls because they have rinsed it in how well they have used social media and taken it to levels that are out there."

Well, let's see how that new invisible likes function on Instagram affects them am I right? Yeah, probably not at all.

More like this
Turns Out George Clooney Is A Huge Fan Of This Classic British Game Show
By El Hunt
Everything To Know About The 'Daisy Jones & The Six' TV Series
By Maxine Harrison and Brad Witter
Vanessa Bauer Is Reportedly Dating Her 'Dancing On Ice' Partner
By Darshita Goyal
Spencer Matthews’ Impressive Net Worth Expands Far Beyond Chelsea
By Sam Ramsden
Get The Very Best Of Bustle/UK
Sign up for Bustle UK's twice-weekly newsletter, featuring the latest must-watch TV, moving personal stories, and expert advice on the hottest viral buys.