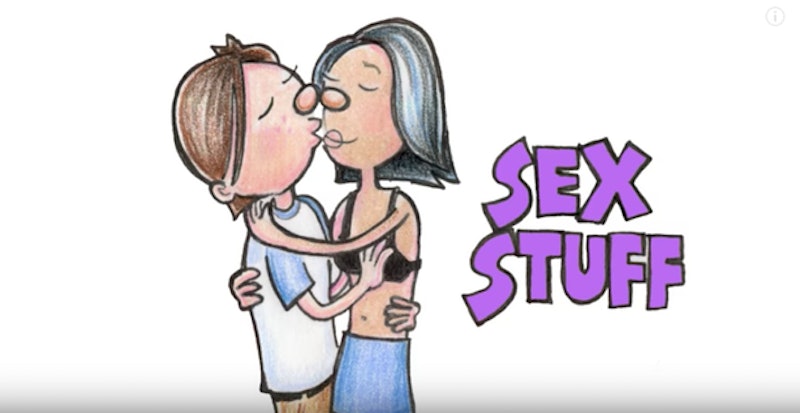 The weather is heating up. The sun is shining. Kids can see the finish line for the school year — and families are thinking about summer camp. While I was the Wednesday Addams of my summer sleep away camp the one time I tried it, I know that for a lot of people camp was a really important, exciting part of their childhood. And it’s also a time when kids might have more adult-type experiences — but their parents aren’t around to help. That’s where a new online sex and puberty education platform called AMAZE comes in.

“Summer camp can be a formative experience for a lot of kids,” Nicole Cushman, executive director of Answer at Rutgers and member of the AMAZE team tells Bustle. “This may be the first time they spend significant time away from their families, and teens and tweens are at a point developmentally in which their friends become an important influence. Going away to camp can give them a chance to test out this newfound freedom, so it's the perfect time for parents to address their expectations, set clear boundaries and arm their children with the information they may need to navigate new situations.”

Even though I only spent one week at sleep away camp, I can definitely attest to the boundary-pushing that can happen. I developed my first real crush on a girl (terrifying), was accused of letting a boy put his hands down my pants (didn’t happen), and got busted with a lighter (even though I didn’t smoke). All of that is relatively tame, sure, but I can see how it’d be stressful for a parent to think about their kid facing that kind of thing on their own. With that in mind, here are four issues a kid might face at summer camp that Camp AMAZE will be tackling.