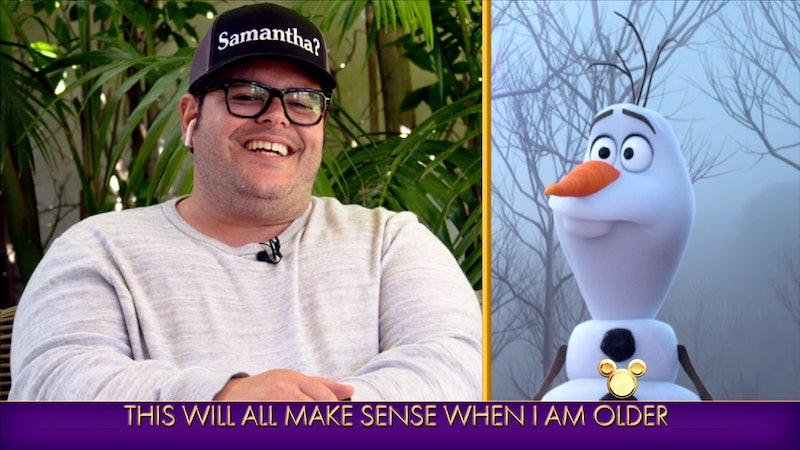 The Disney Family Singalong has got it all: A-list superstars, anthems from classic Disney movies, and a High School Musical reunion — all via video chat, of course. It was one of the most anticipated must-watch TV events amid the coronavirus pandemic, and viewers loved it so much that Disney quickly put together a second special, the Disney Family Singalong: Volume 2, which premiered on Mother’s Day. Naturally, fans are already wondering if they can rewatch The Disney Family Singalong now that both episodes have aired, because let's face it: what else would you rather be doing while in quarantine?

Just five days after the first Disney Family Singalong premiered on Thursday, April 16, the full special was made available to stream on Disney+. If that timeline is anything to go by, Disney Family Singalong: Volume 2 should start streaming on Disney+ in a matter of days after airing on Sunday, May 10, but a specific premiere date has not yet been confirmed. In the meantime, fans can catch Volume 2 on Hulu and will be available on the platform for the next week, so it’s possible that the special will move to Disney+ thereafter. But if you don’t have a Hulu or Disney+ subscription, you can watch some of the individual performances from both specials that have already been posted on YouTube.

Both editions of the Disney Family Singalong were hosted by Ryan Seacrest and featured a huge line-up of major artists taking on classic Disney songs from their homes, with lyrics on screen to help us sing like no one's watching from ours.

On the first special, Ariana Grande performed "I Won't Say (I'm in Love)" from Hercules, Demi Lovato duetted with Michael Bublé on "A Dream Is A Wish Your Heart Makes” from Cinderella, and Christina Aguilera belted out "Can You Feel The Love Tonight" from The Lion King, to name a few. Aguilera returned for the second edition, teaming up with Miguel for “Remember Me” from Coco. Other performers included Shakira, who reprised her song “Try Everything” from Zootopia, and Katy Perry, who gave an emotional rendition of “Baby Mine” from Dumbo (and wore matching elephant costumes with her poodle Nugget).

But most importantly, the East High gang got back together. During the first special, Vanessa Hudgens, Ashley Tisdale, Lucas Grabeel, Corbin Bleu, and Monique Coleman reunited to perform the legendary "We're All In This Together," along with their director Kenny Ortega, who assembled stars from his other Disney Channel shows and movies to sing along. Even Zac Efron is joined in on the fun, but by delivering a special message instead of performing due to timing restrictions.

We're not sure if Coach Bolton would approve of Troy not singing his heart out, but given the other talent on display (and his reluctance to participate in other HSM-related things), we'll take it.

This article was originally published on April 16, 2020