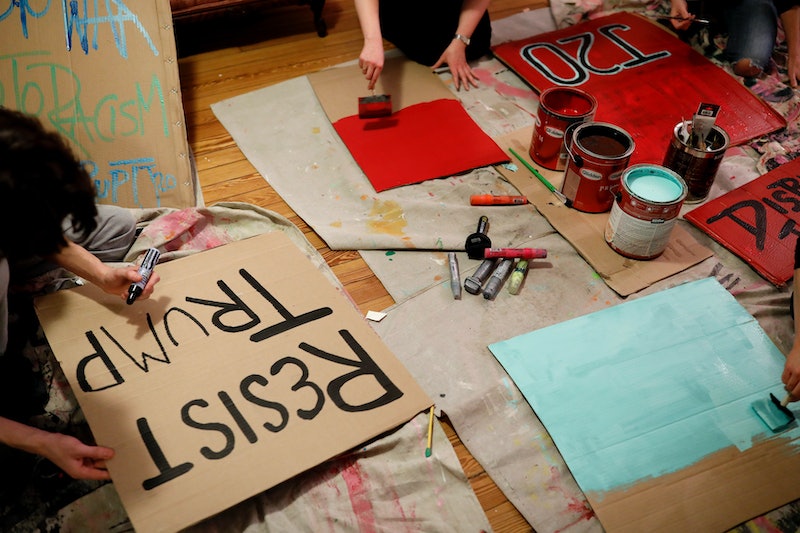 On January 21st, more than 200,000 people plan to take to the streets of Washington D.C. to participate in the Women's March On Washington. Organized as the largest demonstration yet in response to Trump's many negative comments regarding women, people of color, people with disabilities, and other marginalized people, the mile-plus march will begin at 10am on Saturday and last several hours. 386 satellite marches, for those who want to march but can't make it to D.C., are currently scheduled to occur across the country and the world — bringing the grand total of expected marchers to 735,070 people, according to the Women's March website at the time of publication. However, many people who support the ideas behind the march are unable to attend any actual marches.

Mobility issues, caretaking responsibilities, and inability to find or afford transportation and housing are just a handful of the many reasons that passionate supporters of the march's principles might not be able to make it out.

More like this
Your Daily Horoscope For August 12, 2022
By Mecca Woods
25 Things I've Reduced My Life To, In Addition To WFH In My PJs
By Ginny Hogan
The Spiritual Meaning Of The August 2022 New Moon
By Nina Kahn
How To Change Your Twitter Handle
By Emma Carey
Get Even More From Bustle — Sign Up For The Newsletter