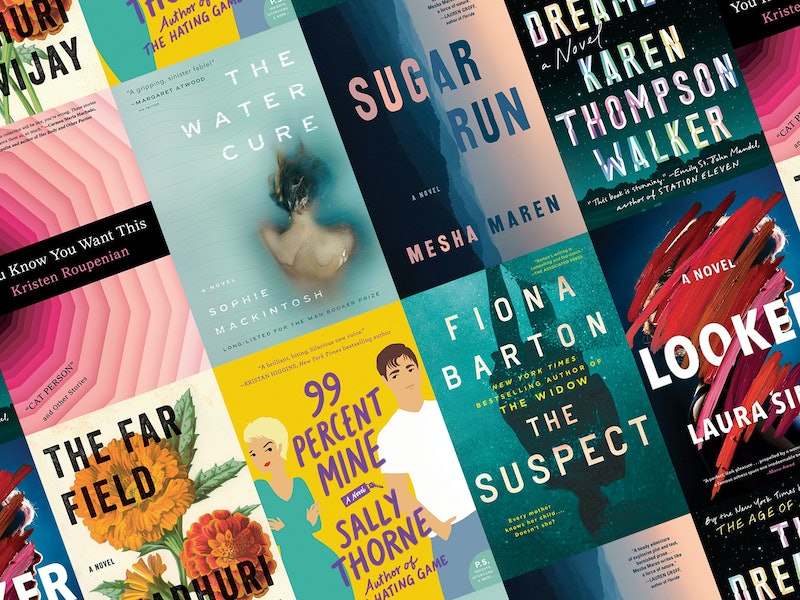 The new year is finally upon us, and readers, you know what that means: It is officially time to get started on your 2019 TBR list. Luckily for you, there are a ton of exciting new fiction books coming out in January that will make starting the year off on the right foot — or in this case, on the right page — easier than ever.

If you were one of the many readers who fell in love with The New Yorker's viral 2017 short story "Cat Person," you'll be thrilled to learn its author Kristen Roupenian is releasing her debut story collection this month. If you've been waiting for something new to scratch your thriller itch, you'll be pleased to know The Widow author Fiona Barton is back with another novel of psychological suspense, this time about every parent's worst nightmare: their children's disappearance. If you prefer love stories over mysteries, news that Sally Thorpe is releasing another rom-com — one that features an epilogue starring Lucy Hutton and Josh Templeman from her hit debut The Hating Game — just might give you butterflies.

In addition to the many books coming out in January by authors you're familiar with, including Samanta Schweblin, Seanan McGuire, and the writing duo Greer Hendricks and Sarah Pekkanen, there are also some great debuts hitting shelves from authors you don't yet know but will certainly love. Pushcart Prize recipient Madhuri Vijay's book The Far Field is shaping up to be one of the month's most anticipated releases, and Sophie Mackintosh's first novel The Water Cure, which was a breakout debut in the U.K. last year and longlisted for the 2018 Man Booker Prize, is finally hitting U.S. bookstores.

If you are ready to begin crossing names off of this year's reading list, ere are the best new fiction books of January 2019 to help get you started.