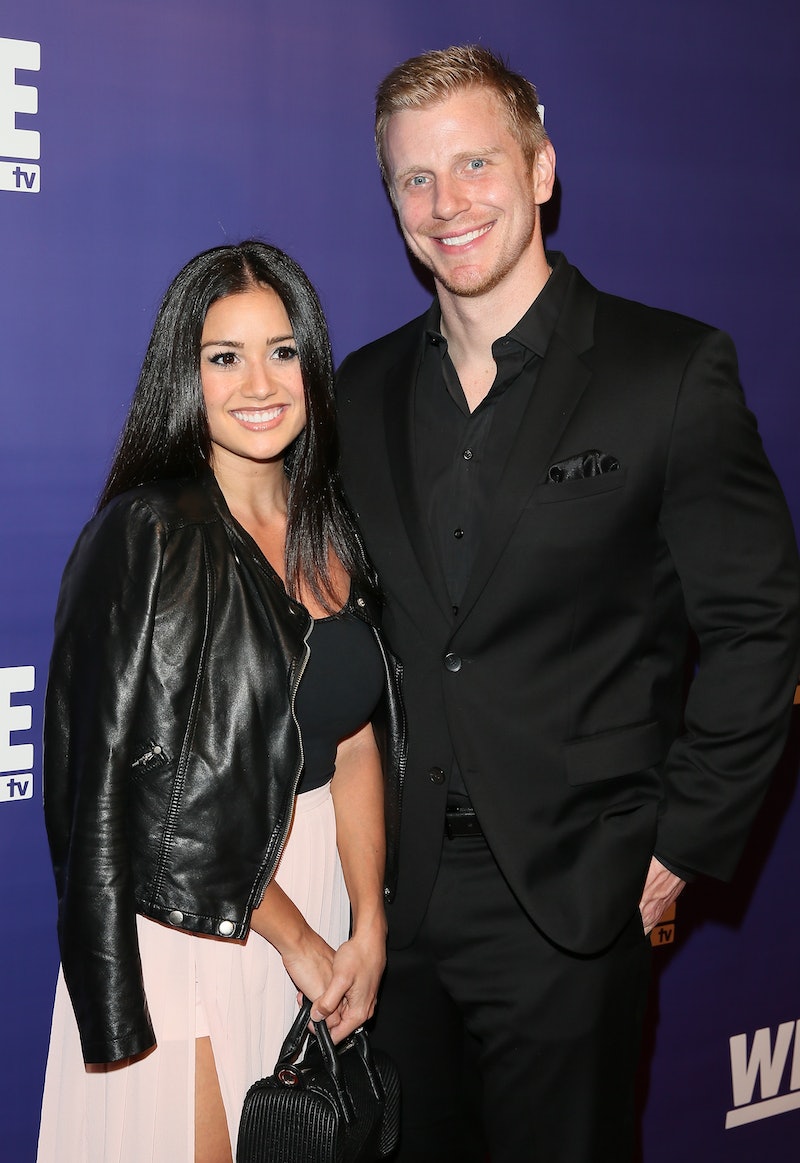 It's been several years since Sean Lowe arrived at the Bachelor mansion in the hopes of finding his future wife. And while that journey proved to be successful, Monday's premiere of The Bachelor: The Greatest Seasons — Ever! forced him and his now-wife, Catherine, to look back on how their relationship began — a task which proved to be somewhat awkward given that he was dating 20-plus other women at the time. However, when the time comes to watching The Bachelor with their three kids, Catherine and Sean already have a plan in place to help make the process easier for them to understand.

"I had a videographer edit [the season], so it's pretty much just us," Catherine revealed during an interview with Entertainment Tonight. "So, I think that would be an easier transition for them to watch, so they're not like, 'Why is Daddy kissing all these other women?' It'll just be like, 'Oh, that's sweet. That's the first time you saw her.'" By that account, that means all of Sean's other dates will be edited out of the footage, including the vast array of drama instigated by Tierra LiCausi, which proved to be a central focus for a big part of the season.

Granted, in the world of social media, where all the information you could ever need or want is at your fingertips, it may prove to be difficult to keep the rest of their dad's season under wraps for good. (It helps, though, that Sean's Bachelor season isn't available to stream on many platforms.) But this condensed version should help to at least initially explain to their young kids the unique way their love story began and introduce them to the wonderful world of Bachelor Nation.

Despite it all, though, neither Sean nor Catherine look back on the experience with much regret, especially knowing that it ended in the happily ever after they were looking for. "It's a little weird to watch your husband kiss other people," Catherine admitted. "But knowing that it was kind of who we were at the time, just bringing that into perspective and knowing what we have now, it's fine. And I just love looking at the memories that I had with the girls and the fun times that we had."

Though several successful couples have come out of the franchise, Sean remains the only male lead in Bachelor history go on to marry his final pick. So, if nothing else, that's hopefully the biggest takeaway his children will get out of his Bachelor season, if/when that day ever comes.