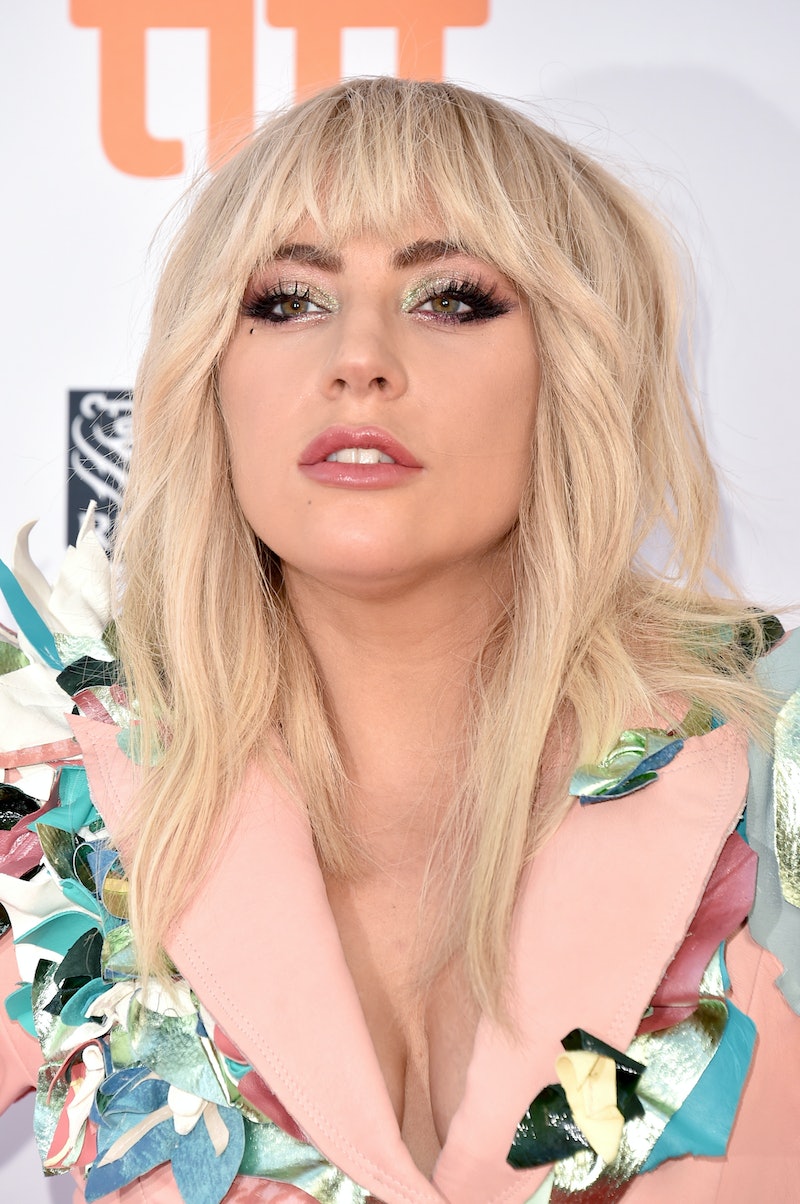 Don't be surprised if you see some of your favorite musicians sporting a floral accessory on the red carpet at the Grammys this Sunday, Jan. 28. As reported by People, celebrities will be wearing white roses to the 2018 Grammys in support of the Time's Up movement. While much of the conversation surrounding Time's Up has been centered on ending sexual harassment and assault in the film and television industries, the movement is much bigger than a single industry — the long term goal is to stop the cycle of harassment and inequality for women, people of color, the LGBTQ+ plus community, immigrants, and the disenfranchised no matter where they work. That's why it's so important that the music industry is getting involved as well.

The idea to wear white roses came from the group Voices in Entertainment. According to People, the group was formed by Meg Harkins, SVP of Marketing at Roc Nation, and Karen Rait, Rhythmic Promotion, Interscope/Geffen/A&M Records. They, along with 15 women in the industry, sent out a letter urging people to participate in the demonstration of support. The letter read,

"As we are inspired by the #timesup campaign, we are encouraging the artists that we work with and our colleagues attending the 60th Annual Grammy Awards in New York City to wear a white rose to the ceremony on Sunday, January 28th. We choose the white rose because historically it stands for hope, peace, sympathy and resistance."

So far, Lady Gaga, Pink, Kelly Clarkson, Kesha, and Halsey have all been confirmed as participants, although some of them will be wearing roses, while others have decided to incorporate the flower into their actual dress design.

The move to wear white roses comes just weeks after celebrities chose to wear black to the Golden Globes in honor of the Time's Up movement. While it's unclear just how many musicians will join in this latest show of solidarity, it's important to remember that the music industry has been affected by sexual harassment and assault in just as profound a way as the film and television community.

By wearing a white rose, the musicians who participate will be showing their commitment to making a long-lasting change to the way women are treated in the music community, as well as demonstrating that they stand with the people who are working so hard to make sure the Time's Up movement continues to make a meaningful difference. For Rita Ora, wearing a white rose is just one more way to make sure her voice is heard. The singer told People,

"The white rose for so many years has been such a peaceful symbol in so many different parts of the world and for me solidarity's so important now. I thought that it was just a very graceful way of showing support to, I guess, everything that’s going on in Hollywood and I really do believe that the more visibility it gets, the more I think we can help, so that’s why I wanted to do it."

Much like the move to wear black to the Golden Globes faced criticism by people who believed it was a silent protest, some people on Twitter have voiced concerns that wearing white roses is nothing more than a meaningless gesture. However, if the people who do wear roses choose to use their time on the red carpet and the Grammys stage to discuss the Time's Up movement, as so many TV and film stars did at the Golden Globes, there will be no denying that this is yet another way for celebrities to show that they're ready for their industries to change.

More like this
Stormzy Made A Passionate Speech About The Importance Of Diversity
By El Hunt
There's A Taylor Swift Easter Egg In Ryan Reynolds' 'Deadpool 3' Teaser
By Marina Watts
Lizzo Twerks While Playing James Madison's 200-Year-Old Crystal Flute Onstage
By Radhika Menon
Everything To Know About Taylor Swift’s 10th Studio Album, 'Midnights'
By Grace Wehniainen and Jake Viswanath
Get Even More From Bustle — Sign Up For The Newsletter